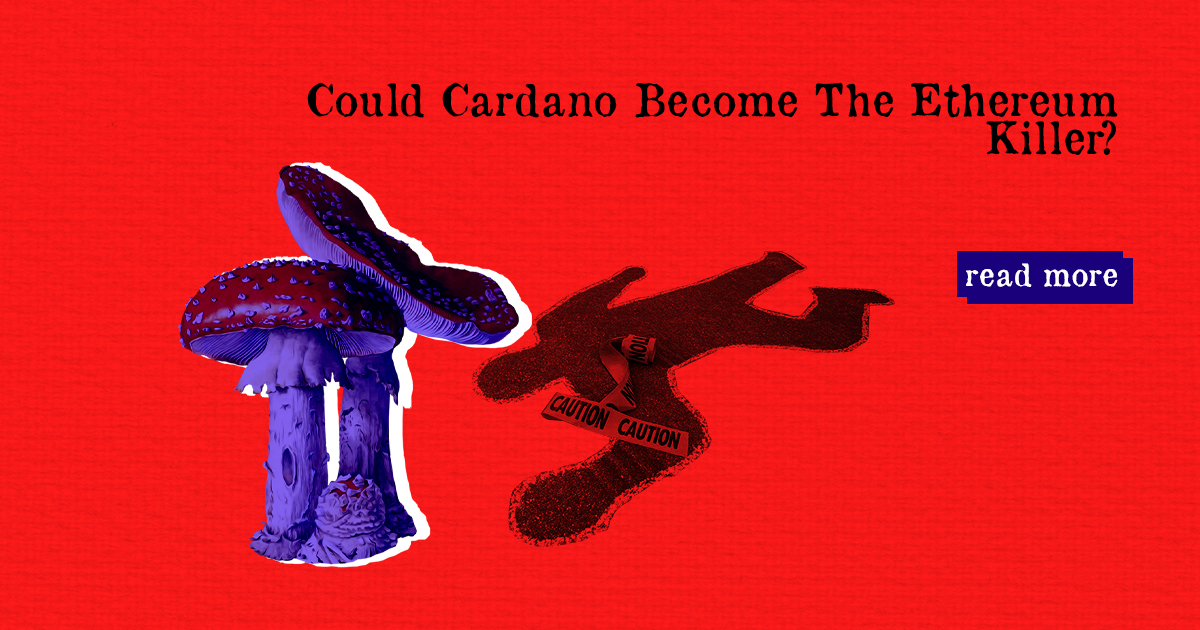 Cardano is currently behind Bitcoin and Ethereum as the number 3 cryptocurrency. Bitcoin has a market cap of more than $927 billion while Ethereum has a market cap of around $399 billion. Cardano’s market cap is $70 billion. While it’s a far cry from overtaking the crypto king (BTC), the steady and quiet growth of ADA could be a threat to Ethereum’s position.

Crypto investors are wondering if ADA can become the Ethereum killer and take over as the number 2 cryptocurrency. There are many reasons why this possibility cannot be overlooked despite the huge price and market cap difference of ADA and ETH.

Cardano was built on blockchain like Bitcoin and the majority of cryptocurrencies. It was founded by Charles Hoskinson who is a co-founder of Ethereum back in 2013. Crypto professionals describe Ethereum as an environmentally-friendly cryptocurrency.

1,000 gigawatts equals 1 terawatt. In other words, Ethereum uses far more energy than Cardano. It’s only natural that people will want to use a cryptocurrency like Cardano that requires less energy.

Cardano recently had a software upgrade and the community is looking at a bigger upgrade – The Alonzo Hard Fork. This upgrade is specifically targeted to pitch Cardano against Ethereum. It involves adding smart contracts to the Cardano framework.

Notably, a smart contract is the technology that Ethereum operates on and its biggest strength. The Alonzo Hard Fork is expected to happen in mid-September. The fork will certainly happen. The question on the lips of crypto enthusiasts is if it’ll succeed in overtaking Ethereum.

Looking at the market cap and price, it’s less likely for ADA to overtake or be the ETH killer. The difference between the market cap of ETH and ADA is around $330 billion and that’s a whole lot. Cardano’s market cap is closer to the 100th ranked cryptocurrency than it is to Ethereum.

Cryptocurrencies are known to have very volatile prices. Reports show that ADA is up more than 1,400% in the past year while ETH is up for 330%. Despite that, the price of ADA is a far cry from the price of ETH. 1 ADA is valued at a little bit over $2 while 1 ETH is valued at more than $3,400. TradingBeasts predicts that the price of ADA will increase very slowly in the upcoming months. However, cryptocurrency price predictions are not always accurate as the market is not predictable. ADA may or may not continue its ‘unreal’ gains in the long run.

The main challenge of ADA overtaking ETH is ETH itself. As ADA is making moves to strengthen its framework and increase its market cap, ETH is also doing the same. ADA plans to integrate smart contracts as mentioned earlier. Ethereum plans to integrate the proof of stake model which ADA uses.

This is expected in late 2021 or early 2022. Its environment friendliness is one of the boosts of ADA adoption. If ETH integrates the POS model, ADA may no longer have that advantage. ETH, like ADA now, will be able to conduct more transactions per second and use fewer energy hours.

The lack of smart contracts means ADA has fewer use cases than ETH which affects its adoption. This is why the developers are looking to add the smart contracts functionality. It could make top crypto investors and developers turn to ADA. Notably, it’ll allow decentralized finance apps to run on ADA.

Finally, cryptocurrency price is driven by the number of users. Popularity plays a major role here. ADA was launched in 2017 while ETH has been around since 2013. ETH is far more popular than ADA. So long as it remains like that, ETH will have more users and more value than ADA. It’s early to dictate the future of ADA and if it’ll overtake ETH. At the moment and following predictions, it’s highly unlikely.

No matter whether You have any stake in Cardano, it’s important to closely monitor this eco-friendly coin and its place on the market. Despite the fact ADA has such a short history, it has already claimed the position of the third biggest cryptocurrency in the world.