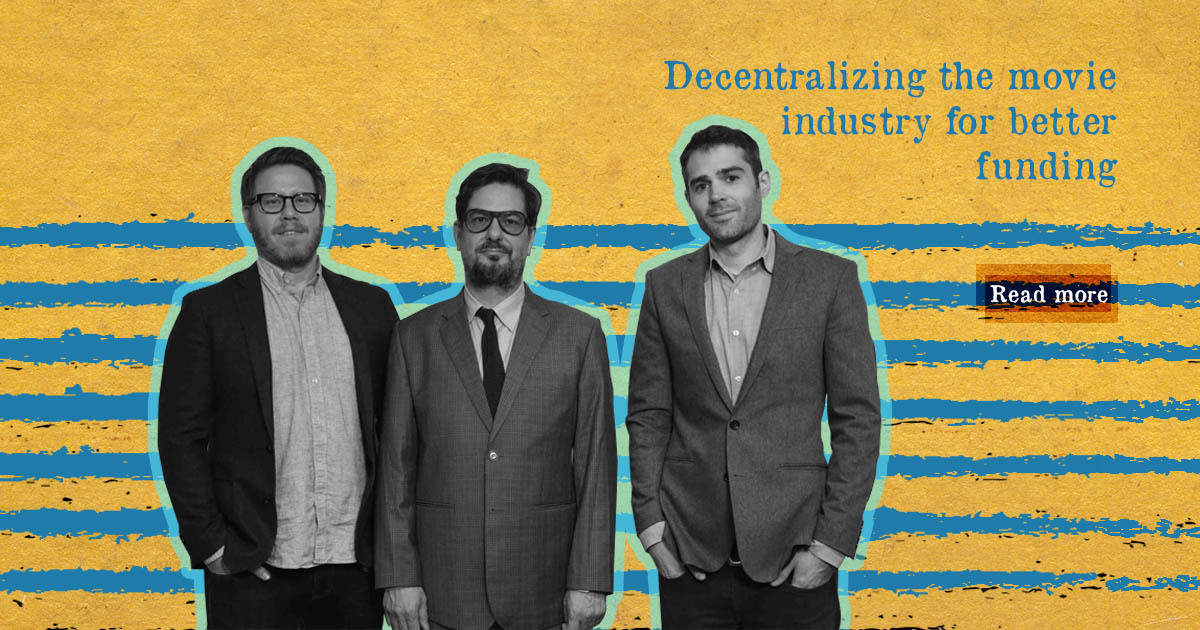 Movies and the cinematic industry are digital tools that can change an audience’s behavior and influence society’s thinking. Hollywood transformed into a multi-billion dollar industry as it presented viewers’ with reflections of reality. Still, the movie industry has been criticized for portraying only its own agenda, restricting minority groups’ access from being represented. Through blockchain, producers, actors, and directors are no longer dependent on major production houses to release their own creativity.

Movie budgets have reached into the millions. Major blockbusters cost on average $100 million, with smaller productions amounting to roughly $400,000 or more but the actual costs are embedded into the industry standard. However, the gateway for indie and less known producers has been crowdfunding networks, yet their success relies strongly on the involved parties’ ability to generate a buzz. In short, a crowdfunded move can go to market if it holds bearing for the rest of the movie community.

In an article, Lisa Sun, president of Mogul Productions, emphasized indie film producers have limited opportunities for funding. Crowdfunding was one avenue for producers and directors to fund their projects. Now, however, blockchain is addressing cinematography’s concerns. Enabling a trusted and, most importantly, honest funding network creates network transparency.

Ariel Ashapira argued that blockchain is the industry democratizing tool because it decongests Hollywood centralization. Decentralized Pictures, a non-profit organization co-founded by Roman François Coppola, decentralizes the movie industry by allowing the community to vote on future projects. As reported by IndieWire, participants will be able to review scripts, talk to creators and vote on various criteria based on the current funding round.

A community-driven production house only benefits the industry. Similar to how Netflix funds movies based on content reviews, a decentralized movie industry designs audience-centric and implicated movies. Thus production will no longer be a one-way street as the producer’s agency will be enforced by community opinions.

Existing decentralized crowdfundings are not fully decentralized. Yet, Ethereum: The Infinite Garden, which raised $1.9 million, does not involve the community in movie development, aside from funding. Yet, centralized blockbusters like Deadpool illustrated the power community has over a movie’s success, prefacing the future of community-driven films.

Blockchain crowdfunding offers investors new financial incentives for participants. Perks such as MP4 files or other digital assets were invaluable because they held no financial value. As Lisa Sun highlighted, issuing rewards as an NFT creates a market for a scarce asset, which users can transact, thus providing more incentives to participate in the funding round.

The gaming industry, which bears similarities to film, has already created secondary markets where skins are transacted. To that end, the movie industry can add elements that increase participation and excitement for a film.

The tokenization of the movie industry is imminent. Social tokens can operate as a replacement for crowdfunding platforms like Kickstarter; NFTs can create new markets to incentivize user’s commitment to a film. Lastly, community-oriented movie productions fund movies based on shared community consensus.

Democratizing the movie industry means more opportunities for unknown directors and scriptwriters to make a name for themselves. We believe the movie industry will still be centered around Hollywood because producing a movie related to a global audience requires higher budgets in order to meet new technological demands. Yet, smaller directors require a launchpad to increase their industry reputation and decentralized movies can facilitate that.