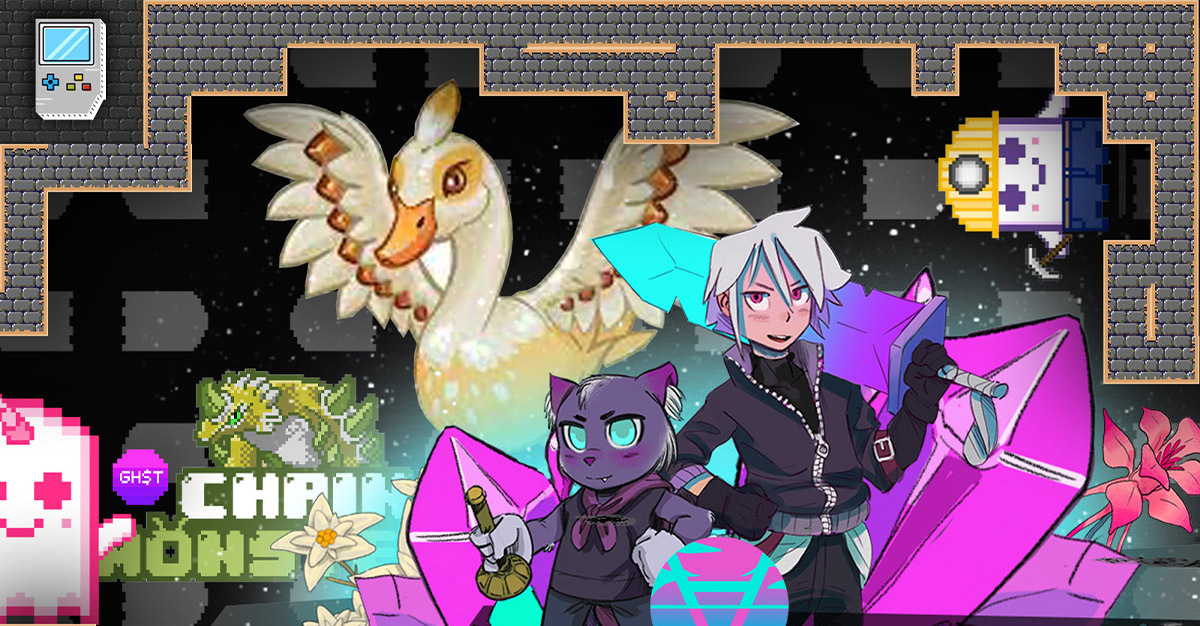 Axie Infinity became one of the most played blockchain games of the first half of the year. The project showed the real benefits of blockchain gaming – it saved the lives of many people in the Philippines.

However, talking about the phenomenon of its success, we should admit the game happened in the right place and at the right time. After the NFT boom that took place at the very beginning of the year, the technology found its natural purpose. As physical collectibles were deprived of their interactive components, they had to find the environment in which the interaction would bring value to the NFTs themselves. Therefore, the value becomes a derivative of the environment but not vice versa.

The developers of this first game took an interesting approach to their brainchild. To be precise, Chainmonsters is the closest game to the original Pokémon series in gameplay and visuals, but features a token-driven economy and blockchain technology. Indeed, taking inspiration from something that already exists is much easier than creating a brand-new idea.

On the other hand, to copy the original Pokémon series is much harder, since it has existed for around 25 years already, so Nintendo has polished the concept.

So far, the game entered the closed beta stage but we can already draw some conclusions from the trailer. What’s peculiar: the game is still listed on Steam, even though it’s going to feature tokenomics and NFTs.

If the previous reviewee tried to come as close to the original Pokémon series as possible, Aurory tends to do the same but regarding the latest Pokémon games for Nintendo Switch due to its 3D graphics and battle mechanics. In terms of visuals, there are purple and violet colors available around the gaming world, which makes the game stand out.

In terms of technology, the game was the first to be built on the Solana blockchain. Moreover, even Animoca Brands and Solana itself backed the project. Taking into consideration all the mentioned above facts, the project sounds promising.

Find out more about Aurory in this review:

Aavegotchi created the entire metaverse out of the virtual pet collectible game. Everything started from the pixelated NFTs of ghost–mascot of Aave protocol on which the game is built.

First of all, in order to get a playable character, you’ll need to summon it through a portal. After this, you’ll appear in the main hub, which is the center point of the entire Gotchiverse. There, you are in charge of your adventure: getting quests, playing mini-games, earning wearables, and so on.

Read the full review of the game here: