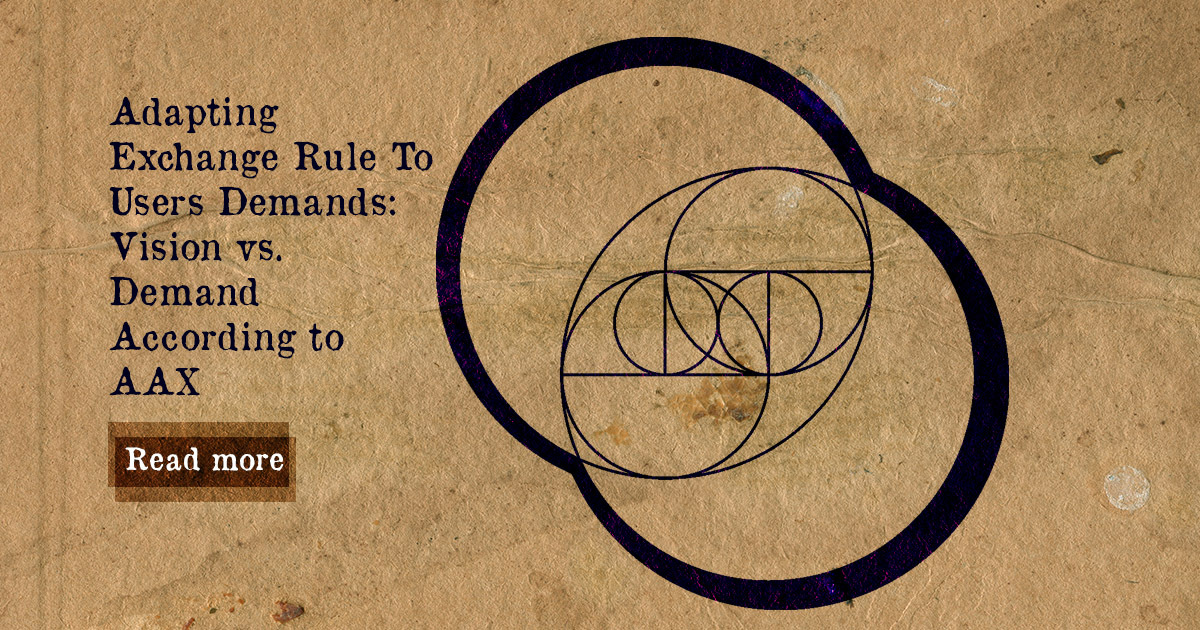 The blockchain industry has developed tremendously since Bitcoin and the notion of crypto established itself in 2009 via Information disseminated on bulletin boards. In a limited space, the idea of financial liberty and censorship-free transactions steadily evolved to gain widespread attention. Without mediators, and a few digital assets in circulation, users relied on trustless digital P2P transfers to exchange cash for fiat.

Divergence of Vision to Demand

The diversification of the digital asset economy creates more avenues for exchanges, as well as more confusion. In an exclusive DailyCoin interview, Ben Caselin, the Head of Research & Strategy at AAX, emphasized that exchanges’ visions become muddled as user demand doesn’t always fit what was initially envisioned. As highlighted by Caselin, exchanges have to “balance” their tradable assets. He further elaborated:

He argued that despite them listing tokens that don’t entirely fit their vision it is done primarily due to customer demands; they don’t engage in “shilling” the tokens. Exchanges such as AAX are “gonna explain the project, it’s gonna say this is where the value kind of comes from, this is how it’s traded.”

In short, the role of AAX is not to shill for profit, but rather to hold an objective view towards each token, while also educating users. As Caselin stated, as has been the case for the past two or three years, “it’s like a rollercoaster and things change all the time,” because new products and assets arrive in the space. As a result, users need to be interacting with recent market trends.

Building Trust Before Anything Else

In an unregulated market, scammers and bad actors exploit opportunities to profit from the lack of knowledge held by participants in the industry. Hacks have been a constant in the crypto world. The event 10 years ago involving Mt. Gox serves as a prime example of how renegade digital wizards can hack into even the largest Bitcoin exchange, leaving with an equivalent of $460 million.

As Caselin highlights, users are not the primary target of scammers. Rather, scammers are also targeting exchanges, as “there are users trying to scam exchanges.” As a result, exchanges are constantly searching for, and trying to identify, the best avenues of attracting users to their platform:

As the field evolves, the types of triggers and hooks to draw users to a website also changes, as Caselin related, they

Relaying Trust to the Users

Unregulated markets mean users’ funds are at risk. Exchanges are thus focusing the supply and demand dynamic to meet one primary need: building user trust. As emphasized by Caselin:

Caselin further argued that different exchanges emphasize select elements of user interactions. For example, to communicate trust, they ensure an exchange holds Bitcoin in their treasury, which will change their attitude towards users. Still, Ben asserted:

In retrospect, meeting user demand does more than assist them with what they want to trade. Users need to feel safe when transacting any sum of money, and such a process “takes time and conviction and endurance.”