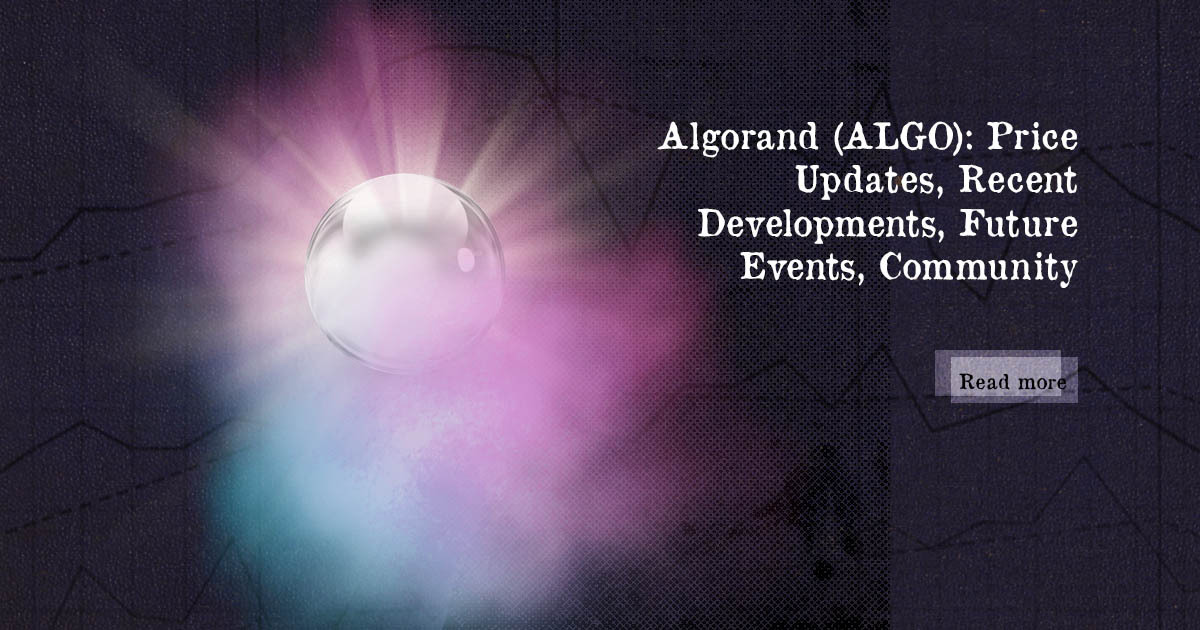 Launched in June 2019, Algorand is a decentralized network built to simultaneously solve the blockchain trilemma of achieving speed, security, and decentralization. The permissionless and open-source blockchain network of Algorand has been used in real estate, copyright, microfinance and more.

Algorand broke into headlines after an astonishing price rally saw it rise through the ranks to become the crypto with the 17th largest market cap. Even more fascinating, Algorand (ALGO) rose by as much as 73% in five days during the recent market crash. How has Algorand fared in recent times?

The strong performance of Algorand continues into this week, making it one of the biggest gainers. ALGO opened for trade last week at $1.31, but quickly rose to peak at $2.47 on September 13th, securing 17th in the crypto rankings in the process.

At the time of this writing, over the last 30 days, ALGO has climbed by 136%. The project is now trading at $2.079 and has a market cap of $10.99 billion. Algorand is currently the 18th largest crypto by market cap ranking after a 12% correction.

The DailyCoin team found that the Algorand community has been ecstatic about the price rise of the ALGO token. One Twitter user, @1CrypticPoet, wrote;

After ALGO crossed $2, another user, Michael Beckerman, wrote on Twitter;

It's amazing what happens when the whole world wakes up one day and finally realizes just how valuable something actually is. Kind of makes you wonder what it was they were waiting for?

The price pump of Algorand has been fuelled by a range of positive news about the project. However, while many were engrossed in the euphoria of Bitcoin becoming a legal tender in El Salvador, the news that Algorand was chosen by the country in its quest for blockchain infrastructure slipped by many.

Algorand announced that El Salvador is currently working with @koibanx to leverage its blockchain technology for government blockchain infrastructures. In addition, Algorand’s blockchain will be used across the republic’s services industry, and Algorand will be used as a layer 1 solution in a continuation of its work to deliver FutureFi.

Global lending issuer, e-Money.com, has announced a new integration with the Algorand network. The integration will bring fully backed European stablecoins across the Algorand ecosystem. In addition, it will help to expand the overall access of Algorand and drive the adoption of Algorand-based applications for users across Europe.

In other news, the Algorand Foundation has launched the Viridis DeFi fund – a $300 million fund to support DeFi innovation. In addition, approximately 150 million ALGO coins will sponsor the significant early growth of DeFi projects in the Algorand ecosystem.

Regarding funds, SkyBridge and NAX have recently announced a further $250 million fund aiming to accelerate the growth of dApps on Algorand. The fund will focus on new financial applications across North America and the Middle East, according to the announcement.

The new integration and funds launched on the Algorand network could be a driving force for the mainstream adoption of Algorand. In the coming months, we could see more dApps and DeFi applications hit the Algorand ecosystem.

Before making headlines, Algorand had flown mainly under the radar since its launch in 2019, though the project has a respectable social media following, with over 138k followers on Twitter. While a good portion of ALGO traders are new investors, the ALGO community also has fervent believers in the project. One user, @TheDayTraderX, wrote on Twitter;

Cracked open my dictionary, just to see the definition of the word "future" and I was not surprised to see $ALGO as a synonym at the bottom.

If you did not know, #Algorand is the future of finance. #FutureFi pic.twitter.com/I3FwGGuGIf

The #tokenization future is going to be awesome – No worries at all, or what?#tokens #blockchain #algodeskio #algorand #Tokenomics #Tokenlaunch #ALGO pic.twitter.com/zINWKlUNwZ

Algorand is not just an emerging project, but one that holds a lot of promise. In the words of American entrepreneur and founder of Skybridge, Anthony Scaramucci, “Algorand is going to be the winner in building the backbone for what institutions and financial services companies need.”