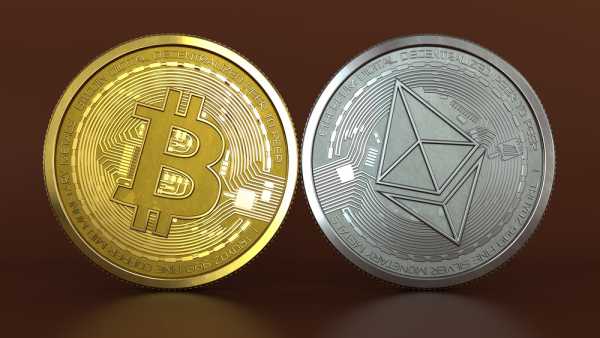 After a rocky start to the week, the bitcoin price is back above the $46,000 threshold. If the bulls are right, bitcoin’s rally could be just getting started. One such bitcoin bull is swinging for the fences.

Cathie Wood, CEO of ARK Invest, predicts that the bitcoin price could hit $500,000 over a five-year time horizon. That’s an increase of more than 10 times from where the flagship cryptocurrency is currently trading.

The ARK Invest chief is also bullish on the opportunity in Ethereum, the second-biggest cryptocurrency. Wood gave the bold outlook at the SALT Conference, which is currently underway in New York.

In order for the bitcoin price to live up to Wood’s forecast, a couple of key industry trends need to persist, according to her. Companies must continue to move out of cash and into bitcoin on their balance sheets. Next, institutional investors must earmark 5% of the assets under management to the leading cryptocurrency.

The wheels are in motion for these conditions to be met. Michael Saylor, CEO of business software company MicroStrategy, revealed this week that his company just invested more than $242 million of its Treasury assets to buy 5,050 bitcoins, bringing the total number of bitcoins on the balance sheet to approximately 114,042.

Other executives who have followed in Saylor’s footsteps include Square CEO Jack Dorsey and Tesla chief Elon Musk. Incidentally, Wood is also bullish on both Tesla and Square and her firm has exposure to both stocks.

Meanwhile, institutions are increasingly dipping their toes into the cryptocurrency waters. The Grayscale Bitcoin Trust has attracted the likes of Morgan Stanley, which recently poured approximately $240 million into the fund. ARK Invest’s Wood is also bullish about the fact that Central American countries are increasingly integrating bitcoin into their economies. El Salvador leads the charge after making bitcoin legal tender in the nation.

While Wood is partial to bitcoin, she also has a place for Ethereum in the portfolio. She points to Ethereum’s role in the burgeoning market segments including non-fungible tokens (NFTs) and decentralized finance (DeFi), both of which have helped to fuel Ethereum’s 350% price rise year-to-date.

Wood suggests a cryptocurrency asset allocation of 60/40 in bitcoin and Ethereum, respectively.