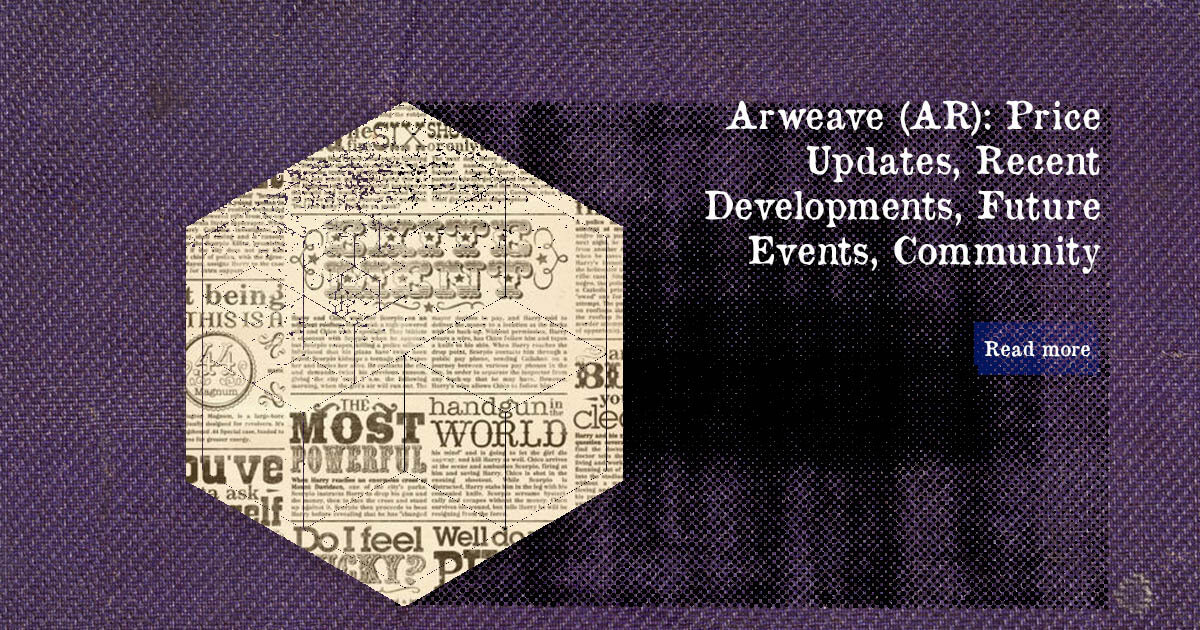 Blockchain, the technology behind cryptocurrencies, is yet to reach the zenith of its potential. Like every technology, it is subject to improvements and updates. Arweave is the product of a flaw in contemporary blockchains.

Arweave refers to itself as the world’s first blockweave network. Blockchain networks like Bitcoin are built with limited block sizes with averages of 1 megabyte due to cryptography and peer-to-peer validation requirements.

When such networks are upgraded to support smart contract functionality, they face significant challenges storing assets such as non-fungible tokens (NFTs) –  because of their limited block sizes.

Arweave solves this problem with a new type of storage that backs data with sustainable and perpetual endowments, allowing users and developers to store data forever.

Arweave achieves this feat by weaving each block together with others on the network, thus creating a network of indefinite storage of data on its peer-to-peer network. Coinbase Ventures backed the project.

Both the token and ecosystem of Arweave have hit a new all-time high. Arweave announced that the data stored on Arweave blockweave had exceeded 11 terabytes – an increase of 1 terabyte in the last six weeks.

The growing use of Arweave blockweave has been attributed to how the network can cheaply and permanently store digital assets and NFTs.

The Arweave network has also released an update; (ANS-104) binary data bundle spec. The update now allows multiple data items to be written as a group and has increased the flow of logically independent data written to the Arweave network.

Following the announcement, Sam Williams, the founder of Arweave, wrote;

On the previous update, ANS-102, 10,000 files were uploaded on Arweave, only for a few cents. In addition, the ANS-104 supports both small and large files alike.

Following its rise to an ATH, AR has corrected sharply, losing more than 15% of its value in the process. After losing 2.41% of its value over the last 24 hours, AR now trades at $60.4.

Over the last five days, AR is still up by 76.7%. Arweave now has a market capitalization of $2 billion, which makes it the 64th largest cryptocurrency.

Regardless, Arweavers are still hyped about the future prospects of the project. One user, Darius Rye, wrote,

Arweavers or the Arweave community is a fast-growing, decentralized network. As the project gains popularity, a firm believer in the project, Molly, writes,

Arweavers can discuss, debate, and chat about a wide range of topics on Arweave Chat, stay up to date with new developments on Twitter, the Arweave developer team is found on Discord and Arweave Miners on Discord,

Arweave is proposing a new model for blockchain storage which could cause a change in decentralized data storage and NFT storage on blockchains. If that happens, Arweave could become one of the biggest crypto projects in the future.