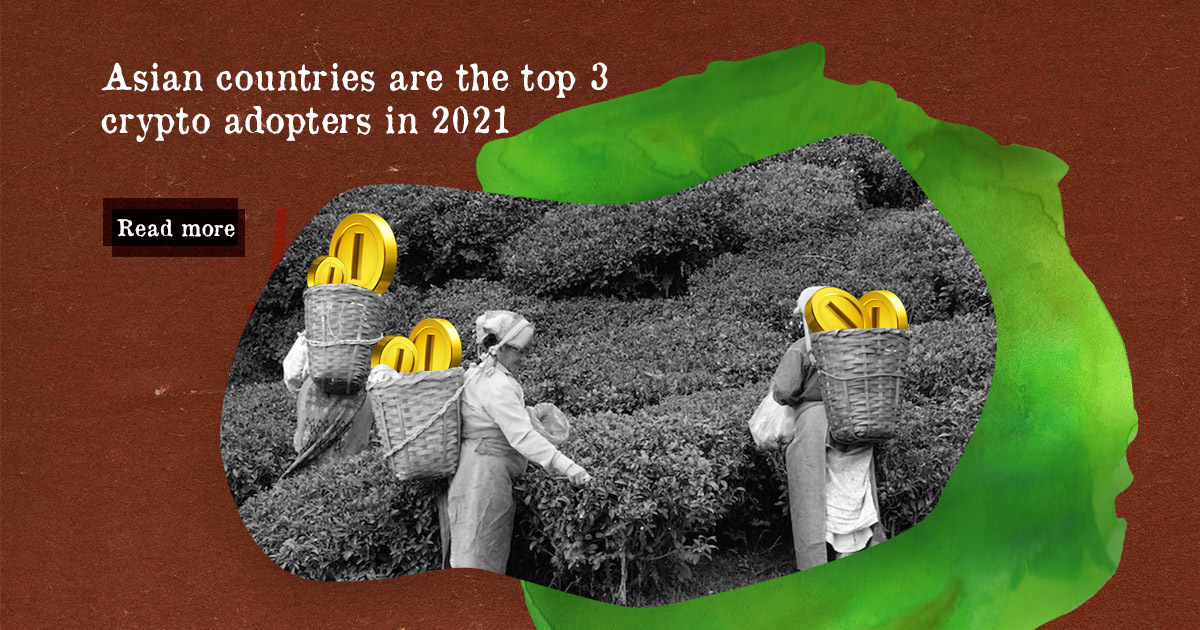 Emerging markets are not entirely included in the global economy due to a lack of adherence to westernized standards. Citizens from emerging economies showcase distinct behaviors when interacting with financial products such as banks or digitized payments. In truth, countries located in Asia, Africa, and even South America are only partly included in the global financial sector.

A 27-country survey by Finder, accounting for over 42,000 participants, shows Asian countries like Vietnam, Indonesia and India have the highest adoption rate. Malaysia and the Philippines complete the top 5 global countries by cryptocurrency ownership.

In contrast, data showed developed countries like the U.K. or the U.S. owned crypto in a proportion of 8% and 9% respectively. According to the Chainanalysis report, the U.S is ranked 9th in the crypto adoption index, yet the surge in demand is attributed mainly to institutional investor interest.

For unbanked cryptocurrency, diversity is of the minimum importance. Finder’s survey showed that Bitcoin is the most popular cryptocurrency in Asian countries, while Ethereum and Ripple are second and third. Given the low transaction fees, Ripple is not thoroughly considered by users as the ideally payment method.

While the narrative of crypto as a hedge against inflation does hold truth in part, cryptocurrencies have better usability for populations in emerging markets. A 2021 Bank of America report transcribes digital currencies as beneficial for improving “economic growth,” because they reduce cross-border transaction friction.

Truthfully, cryptocurrencies are still speculative; however, their underlying technology can benefit the unbanked population. Josh Li, chief business manager for Roxe, said in an interview with PYMNTS that the cross-border payment platform only charges 1% transaction fees. By contrast, a World Bank report shows that the average transaction fee for remittance payments in 2020 was 6.5%. Thus, in comparison to what is achievable through cryptocurrencies, centralized financial services are only taking advantage of the displaced population for their monetary gains.

During the 2020 pandemic, remittance inflows rose by approximately 5.2%, with an inflow surge from Bangladesh and Pakistan. A 2017 World Bank report shows that over 2 billion people globally are unbanked, while most Westernized countries have an 80%-90% financial adoption. Patrick van der Meijde from Arnhem Bitcoin City, mentioned that crypto adoption as payment is more likely to take place in countries that don’t already have a digital payment framework.

In an IBM article, the author highlights banking the unbanked, even through blockchain, is a step closer to “taking populations out of poverty” by including new economies in the financial ecosystem. Moreover, banks are not incentivized to interact with the least wealthy because it does not add value to their bottom line.

Crypto and blockchain are developed as a necessity to change our society’s way of interacting with those deemed “unfit” for western standards. For example, a remittance fee decrease from 6.5% to 1% might not seem a lot for those living way above the poverty line but it can make a tremendous difference for migrant cultures displaced from their homes.

The speculative narrative does hold bearing for those with higher capital who invest for capital gains. However, governments fail to understand that people from emerging economies such as Pakistan or El Salvador are “willing to embrace cryptocurrencies” and use them as everyday payments.

Crypto regulations need to be put up for public debate because if implemented wrong, they can damage a sector of the population who are using it to maximize their minimum wage. Therefore the crypto regulation database shouldn’t focus on how high capital investors can make more money and not manipulate the market, but rather how to make it easier for those living below the poverty line to access financial instruments.