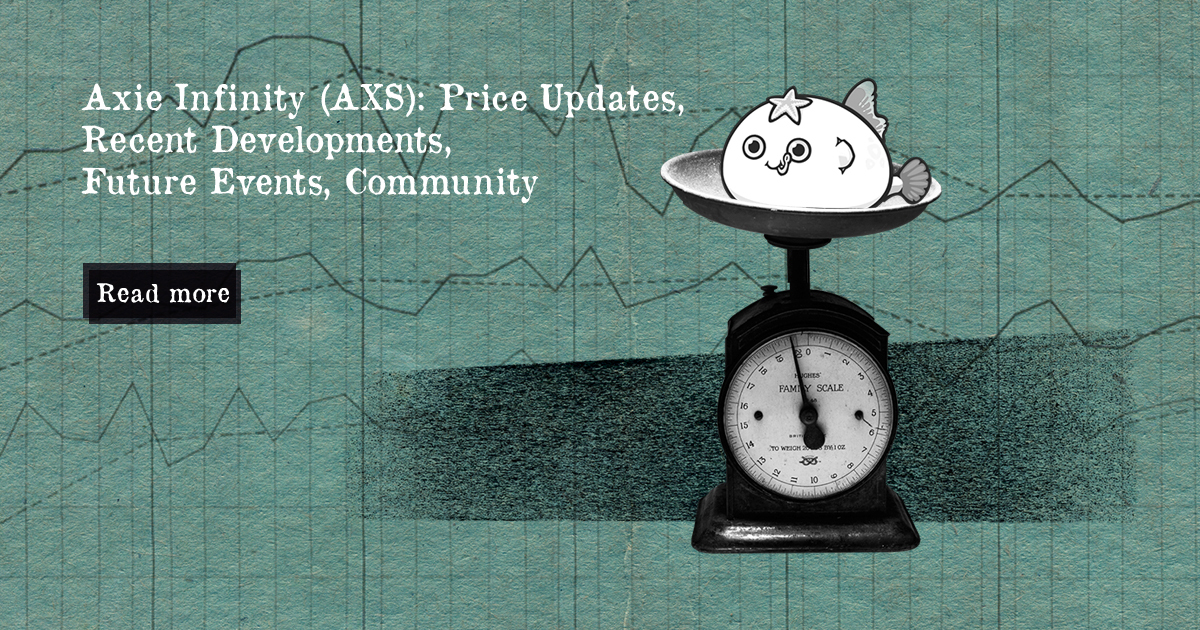 Developed in 2018, Axie Infinity is credited with revolutionizing the play-to-earn genre on blockchains. Axie Infinity allows consumers to battle with, collect, raise, and build land-based kingdoms for “Axies,” similarly to Pokemon or Tamagotchis.

Gamers can earn Axie Infinity Shards (AXS), the ERC20 governance tokens, and clean love potion tokens (SLP) while playing the game. So, how has Axie Infinity fared in recent times?

Sky Mavis, the gaming studio behind the Axie Infinity game, announced a valuation of $3 billion after raising $152 million in a Series B funding round. The funding round was backed by Andreessen Horowitz, Paradigm, Accel, Standard Crypto, Fabric Ventures, and Samsung Next.

The company has announced that the $152 million in funds raised during the round will be used to expand its development team, reinforce its regulatory legitimacy, and to continue scaling the network, without tapping into its AXS token reserves.

During the funding round, Sky Mavis CEO Trung Nguyen said;

The funds will also be used for the development of the Ethereum-linked scaling solution, Ronin. The decentralized exchange, Ronin, will serve as a scaling solution for “digital nations.” Ronin currently has $4.5 billion in total value locked across 2 million wallets.

According to data from DappRadar, there have been over 18.4 million NFT sales on the Axie Infinity network since its launch. Since 2018, over $7.18 billion worth of NFTs have been traded on the network.

The development team behind Axie Infinity, Sky Mavis, has announced plans to launch a decentralized exchange on the Ethereum-linked Ronin Sidechain for the blockchain game. When the DEX is launched, it will be the first such release for a game.

According to Jeff Zirlin, co-founder of Axie Infinity, the decentralized exchange will allow users to buy and sell AXS and SLP tokens on-chain. In addition, the DEX will help reduce friction in the game caused by cross-chain token trading.

While there is no set timeline for the launch of the DEX, the Axie Infinity community can remain pumped about Q4 as Axie Infinity will be looking to gain mainstream adoption with the official launch of Axie Infinity for iOS and Android devices.

In Q4, Axie Infinity will also be testing the Alpha release of the Land Gameplay Community. Lunacia will bring 90,601 plots of land (represented as NFTs), though the land gameplay is still being developed, a full launch can be expected in the first half of 2022.

Axie Infinity Shards (AXS), which are earned in-game, are the governance tokens of the entire Axie Network.

At the time of writing, Axie Infinity (AXS) is ranked as the 26th largest blockchain project with a market cap of $7.42 billion. Axie Infinity also has reached over 2 billion in trade volume.

Axie Infinity describes the blockchain game as the first game designed to be owned by the community that plays it. With that mantra, Axie has built the largest blockchain game with over 2 million active daily players.

The growth of Axie Infinity has been phenomenal. It is now one of the most popular games on the internet and has over 560k followers on Twitter.

The Play to Earn revolution started by Axie Infinity has attracted a wide range of support and dedicated members. In describing the project, one Twitter user, @Axie44, wrote;

Another user, @jasondchap, wrote about the growth of the Axie ecosystem;

Clearly delighted to be a part of the project, @baekkyoumkim, wrote

Thankful about Staking on the Axie Infinity Network, @axiesisters, wrote;

Axie Infinity has not only become the largest blockchain game but has also catapulted play-to-earn systems into mainstream attention. With the latest round of $152 million funds for the development of the ecosystem, Axie Infinity could be building one of the biggest ever blockchain projects.