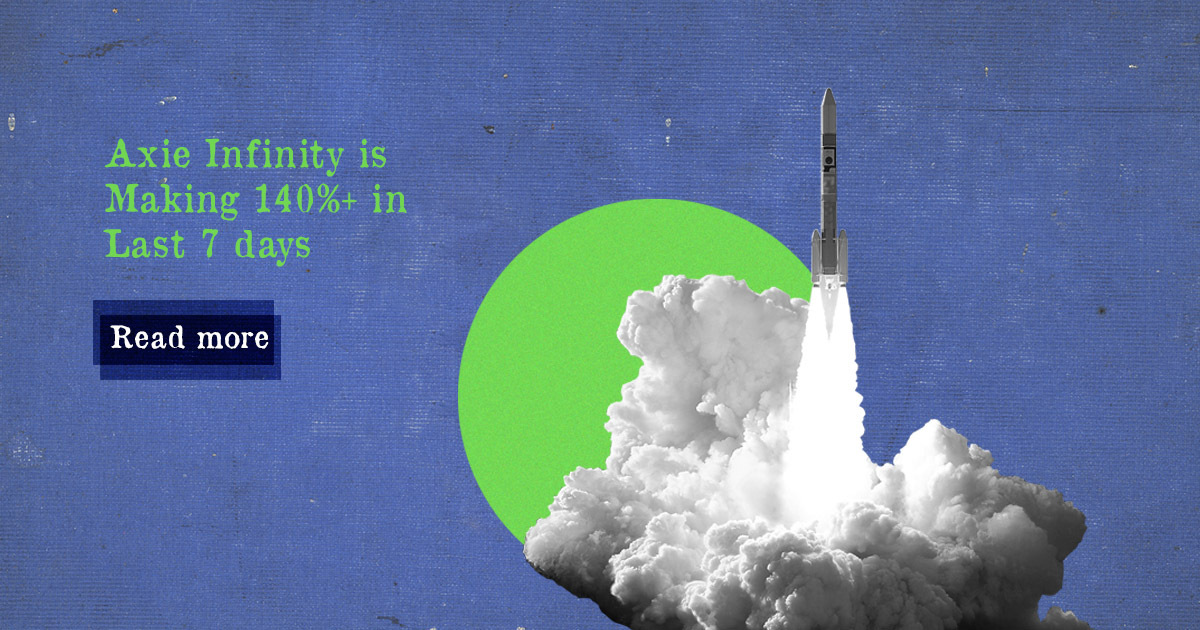 Cryptocurrencies are discovering their form again after weeks in the doldrums of a bearish market. The new form sees several assets in the green but one project stands apart from the rest of the pack – Axie Infinity’s AXS.

AXS is one of the biggest gainers of the rally after notching a rise of over 140% in the last 7 days, dwarfing other cryptocurrencies. In recent times, the play-to-earn token has soared not only in value but has soared in popularity, going on to a new all-time high.

What Is Axie Infinity?

Axie Infinity is a block-chain based trading and battling game that allows users to breed and raise token-based beings called Axies. Axies are highly customizable and each one has different attributes and strengths.

The project was launched in 2018 and allows players to convert in-game tokens for real money. Given the successes of the project land purchases in the game set records and several individuals have quit their jobs to play Axie given the opportunity to earn money.

According to data from CoinMarketCap, Axie Infinity’s AXS has gained 149% in the last week which sees it trade at $39.01. In the grand scheme of things, this places AXS as the biggest gainer in the last 7 days amongst the top 100 cryptocurrencies.

This feat gives the asset a market capitalization of $2.3 billion and a ranking as the 44th biggest cryptocurrency. This meteoric rise in value led to the setting of a new all-time high of $49.58 two days ago amid a spike in the trading volumes for the asset.

When compared with other gaming projects, Axie Infinity’s gains are simply miles ahead. During the last week, tokens of popular gaming projects like Decentraland and Enjin only gained 25.62% and 26.09% respectively.

The Reason For The Rise

There are several contributing factors for the astronomical rise in the value of Axie Infinity. The first is the general price rally that is currently enjoined by the cryptocurrency markets. Bitcoin is trading at $38,333 which signifies a 12% rise in the last 24 hours while Ethereum is basking in a 9% increase which sees it trading at $2,300 while the global crypto market cap stands at $1.52 trillion.

Another reason for the price run is the launch of a sidechain known as Ronin that handles all the in-game and market transactions for the project. This has single-handedly increased transaction speeds and has reduced gas fees.

The simplistic nature of the Ronin sidechain has drawn new players to the game and the play-to-earn model is also a major incentive for the new players.

The global gaming market is on the rise and the introduction of a play-to-earn model is the perfect combination for success. Furthermore, the granting of scholarships to members of the community has played a role in the growth of the entire project.