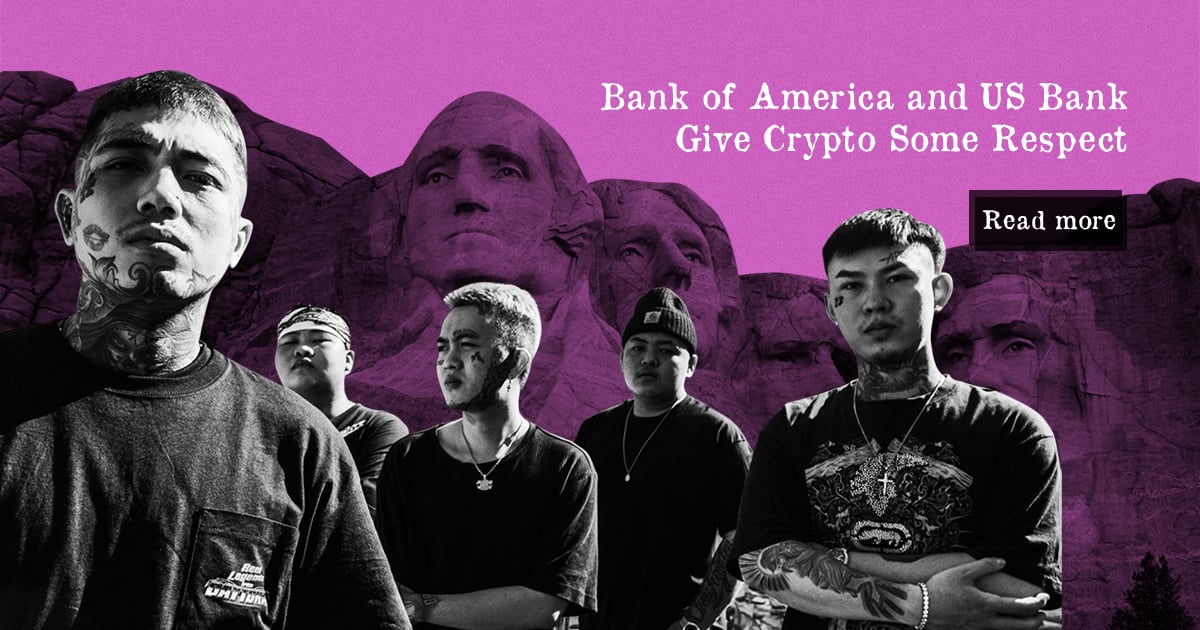 The old saying, “If you can’t beat them, join them” seems to be gaining traction within the traditional banking sector in regards to cryptocurrencies.

On Monday of this week, Bank of America announced that it will be initiating research coverage of Bitcoin and cryptocurrencies for large investors and analysts – issuing its first research report on programmable money titled Digital Assets Primer: Only the first inning. According to the Bank of America researchers, they took this action because they determined that Bitcoin and cryptos are “too large to ignore.”

The Bank of America statement went on to note that cryptocurrencies currently have a market value worth more than $2 trillion with more than 200 million+ users globally. The researchers further acknowledged that hundreds of companies have been created within the crypt asset class. An asset class that has the potential to transform virtually every type of industry by reducing transactional friction and boosting operational efficiencies.

And then on Tuesday, US Bank announced that it was establishing asset custody services for Bitcoin. This offering is specifically aimed at large private fund holders and institutional investors who want to safely secure their Bitcoin with a third-party, rather than store it themselves in a “hot” wallet online or via a self-custodial “cold” storage wallet such as Trezor or Ledger wallets.

These combined moves by two of the largest banks in the world reinforce the opportunity and value of the cryptocurrency asset class. It’s ironic that Bitcoin and its blockchain were originally created as a peer-to-peer payment method intended to supplant the interests and centralized control of “Big Banking and Fat Finance” – which seem to be unwittingly warming up to a potential harbinger of their demise. As with so many things in crypto these days, we’ll have to wait and see how this plays out.