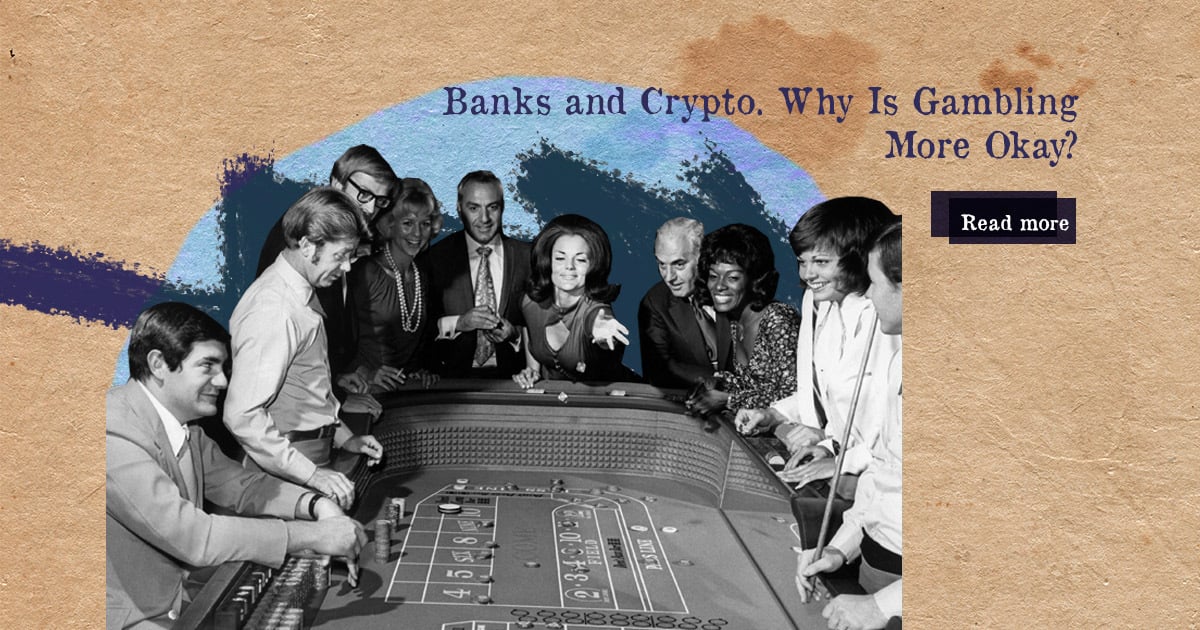 Does your bank allow you to wager your entire income on a sports match, but not let you transact on Binance? Gambling is risky and not immune to fraud, in the same way trading cryptocurrencies isn’t. Still, the latter is also considered to be a technological innovation and the future of the financial industry, so why are banks so opposed to it?

It often seems that banks are at war with cryptocurrency. More and more online businesses are beginning to accept cryptocurrency payments, and more people are showing a deep interest in digital assets and talking about blockchain’s potential to replace centralized money institutions.

The Banks’ Position on Cryptocurrency Investments

Many banks have banned or restricted access to cryptocurrency exchange platforms, such as Coinbase, Kraken, and Binance. Financial institutions state that cryptocurrency is involved in criminal activities, such as scams and money laundering. It is also asserted that crypto trading platforms lack transparency, and are incompetent when it comes to completing security checks or preventing fraud. Therefore, banks claim that, by blocking crypto exchange platforms, they protect users. But by doing this, banks are also controlling user rights regarding customer money, and are suppressing an advanced, decentralized technology.

NatWest also claimed they would lower the daily money limits that customers can send to crypto exchanges, and prohibit payments sent to digital asset firms with high levels of fraud-related activity “to protect customers from the criminals exploiting these platforms.”

An HSBC spokesperson explained the titan’s position on crypto in an email interview with DailyCoin:

The Banks’ Position on Gambling

A research paper revealed that in Australia alone, “the four major banks, accounting for 73.1% of the total lending market, allow gambling transactions on credit cards for most forms of gambling.”

The article clarified that there isn’t much evidence of banks restricting gambling, or other risky behaviors that can financially damage people. In short, gambling is allowed, and is relatively unrestricted, so if you bet your life savings in a casino game, and lose everything, there’s nothing your bank can do.

To block gambling payments, banks allow customers to manually limit their spendings. So customers can choose to block their accounts from gambling transactions, and restrict them to only be able to spend a limited amount of money on gambling platforms.

Making speculative investments and blindly trading cryptocurrency can result in significant financial losses, similarly incurred from gambling. However, everyone should be free to choose what to spend their money on, without financial institutions intervening.