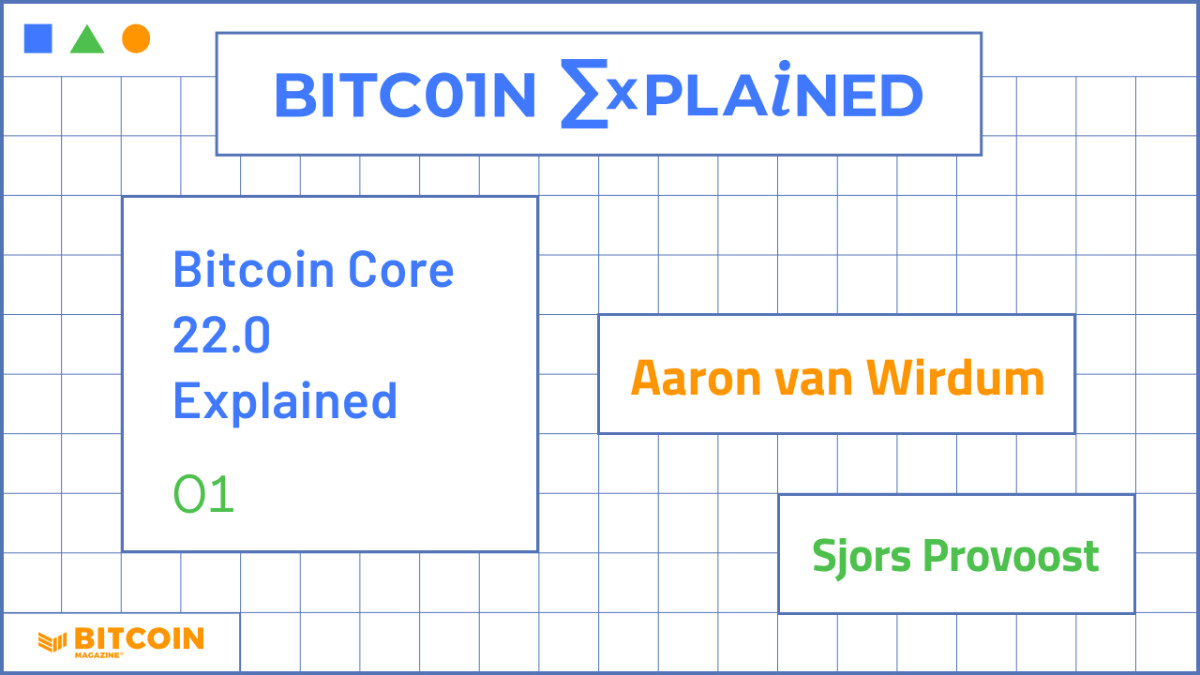 Van Wirdum and Provoost highlight several improvements to the Bitcoin Core software. The first of these is hardware wallet support in the graphical user interface (GUI).

While hardware wallet support has been rolling out across several previous Bitcoin Core releases, it is now fully available in the GUI.

Van Wirdum and Provoost also briefly touch on the differences between I2P and Tor. The third upgrade discussed in the episode is Taproot support. While Taproot activation logic was already included in Bitcoin Core 0.21.1 Bitcoin Core 22.0 is the first major Bitcoin Core release ready to support Taproot when it activates this November, and includes some basic Taproot functionality.

The fourth upgrade that Aaron and Sjors discuss is an update to the testmempoolaccept logic, which paves the way to a bigger package relay upgrade. This could in a future release allow transactions to be transmitted over the Bitcoin network in packages including several transactions at the same time.