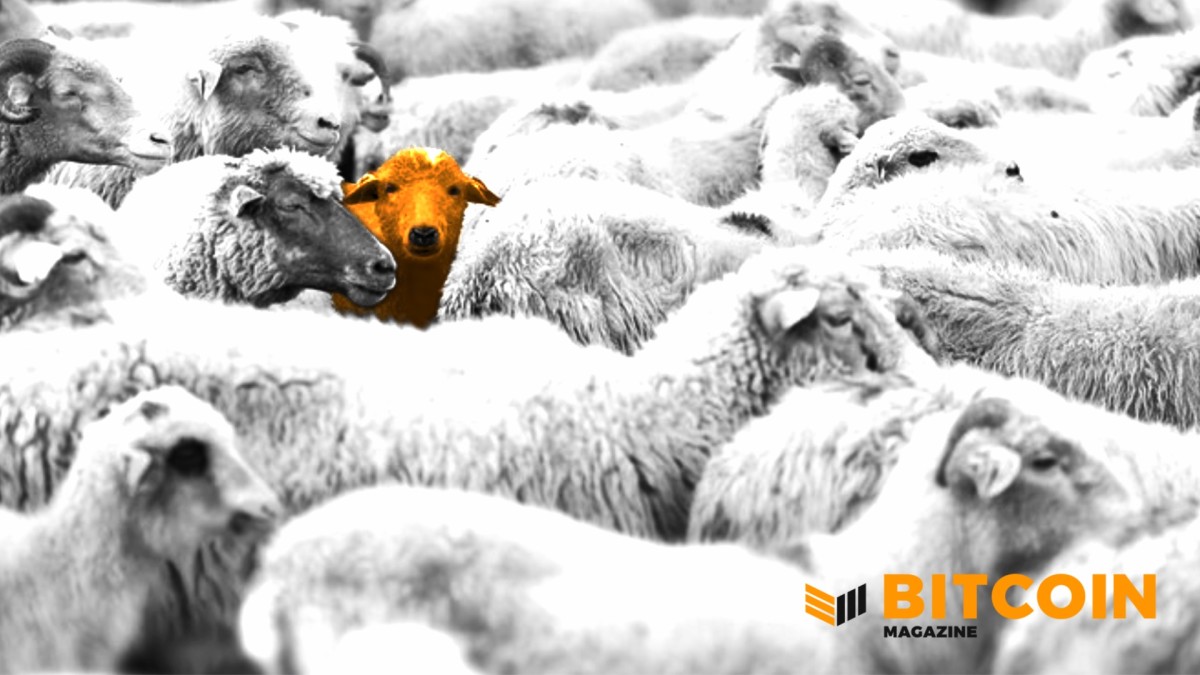 As discussed in the previous article on biases, we can understand some of the misconceptions around Bitcoin by looking at different cognitive biases and their effect on people’s understanding of bitcoin the asset and Bitcoin the network.

“A cognitive bias is a systematic pattern of deviation from norm or rationality in judgment. Individuals create their own “subjective reality” from their perception of the input. An individual’s construction of reality, not the objective input, may dictate their behavior in the worl​d.” –Wikipedia

These biases cause systematic errors regarding what is said and what is believed about Bitcoin.

Understanding these biases can help us educate, inform, and respond.

The illusion of authority bias is “the tendency to attribute greater accuracy to the opinion of an authority figure (unrelated to its content) and be more influenced by that opinion.”

Bitcoiners do not tend to have illusions of authority around legacy government and financial authorities.

However, the general population does have this bias and often outright believes the authority of a CEO, a President or governmental figure, or a high-profile figure in the current finance and monetary system.

We’ve seen everyone from Warren Buffett to Peter Schiff to Ray Dalio to Elizabeth Warren to Christine Lagarde to Gary Gensler speak out and relay false information about Bitcoin.

And yet these public figures are trusted and believed by many.

An implicit part of these public figures’ authority is that the authority is built on a certain group or groups’ thinking.

There are two main biases related to groups that have similar belief outcomes with regard to Bitcoin misconceptions.

Groupthink, which is a type of conformity bias, is “the psychological phenomenon that occurs within a group of people when the desire for harmony or conformity in the group results in an irrational or dysfunctional decision-making outcome.”

Conformity biases — the act of matching attitudes, beliefs, and behaviors to group norms, politics or being like-minded — explain the incentive to print more money via MMT because federal debt purchases, stimulus, grants, and stock appreciation have become normalized and are harmonious for so many groups of people. However, many believe it is irrational to print so much money and devalue the currency by reducing its purchasing power. This view has traditionally been non-conformist.

Ingroup bias is “the tendency for people to give preferential treatment to others they perceive to be members of their own groups.”

In recent history, Keynesian economists, government and financial authorities were the prominent authorities for finance and most people were socially biased to believe those authorities’ group norms. These group biases overlap with social circles, friends,family and work colleagues. This makes it difficult to change or think differently, due to the social ostracism or disagreement that may occur.

Group biases also often lead people to make blanket and false statements that fit within a group norm. The group norm also often vehemently negates ideas or systems if the ideas are outside their group or their group’s authority.

Outside Group And Reactive Devaluation Bias

The Not Invented Here bias is another type of in-group bias and is “the aversion to contact with or use of products, research, standards, or knowledge developed outside a group.”

Reactive devaluation bias “occurs when a proposal is devalued if it appears to originate from an antagonist.“

Anything to do with Bitcoin — any possible issue — is reacted to by the authorities and negatively and amplified, seemingly without critical thinking.

Furthermore, because the authority figure’s authority is based on group consensus and group-think, the authority’s anti-Bitcoin words and opinions are further amplified within the groups that rely on their authority.

Regardless of what each person individually might think or where they might be unsure, authority figures are always beholden to the main audience they are speaking to and must speak within that group norm.

Why Authority And Group Biases Are So Rampant

First, biases in general enable us to lessen our cognitive load.

The circular nature of authority and group biases may seem confusing, yet it is simple: we humans take a lot of shortcuts in our thinking. Trusting someone else or an institution or an authority removes the responsibility and cognitive load off of us individually. Going with the “wisdom of the crowd” makes sense and is easier.

We can just believe what they say.

We don’t need to Do Our Own Research if we trust an authority or a group.

We don’t need to change our thinking or learn new things.

It’s easier to go along with the group and the group’s authority.

Also, a large number of people feel good about the numbers going up in their fiat portfolio and their house values and do not want to look at the reality of the monetary expansion, inflation, debt and how it affects those who have less.

In addition, the network effects of the most common beliefs both overwhelm us and allow us to justify belief in the mass opinion. After all, it’s what almost everybody says and believes.

If we zoom out, this mass adoption of thought is actually a plus for Bitcoin, as the Bitcoin facts are stronger than the statements that induce fear, doubt and uncertainty.

How to De-Bias Authority And Group Biases

To help others de-bias from their authority and group biases, there are some steps that both they and you should take. Some of the aphorisms of Bitcoin apply here, with caveats.

3. Most importantly — again — question your authority and group biases. Understanding why you believe what you believe and why you don’t believe conflicting viewpoints of other groups and authorities breeds robustness, resiliency and reasonable rhetoric when your views are challenged.

The network effects of the long-standing use of fiat currency, the historical time authority of its complex system and ingrained authoritarian views have a huge effect on the misconceptions around Bitcoin.

As each one of us helps to reasonably, authoritatively and wisely dispel these myths, the group acceptance and increasing network effects of Bitcoin understanding will grow.

Conversely, Bitcoin itself will remain under no authority or illusion of authority; it will stay decentralized.

One person by one person, group by group, city by city, nation by nation — Bitcoin adoption will grow with or without centralization of authority and its biases.

This is a guest post by Heidi Porter. Opinions expressed are entirely their own and do not necessarily reflect those of BTC, Inc. or Bitcoin Magazine.