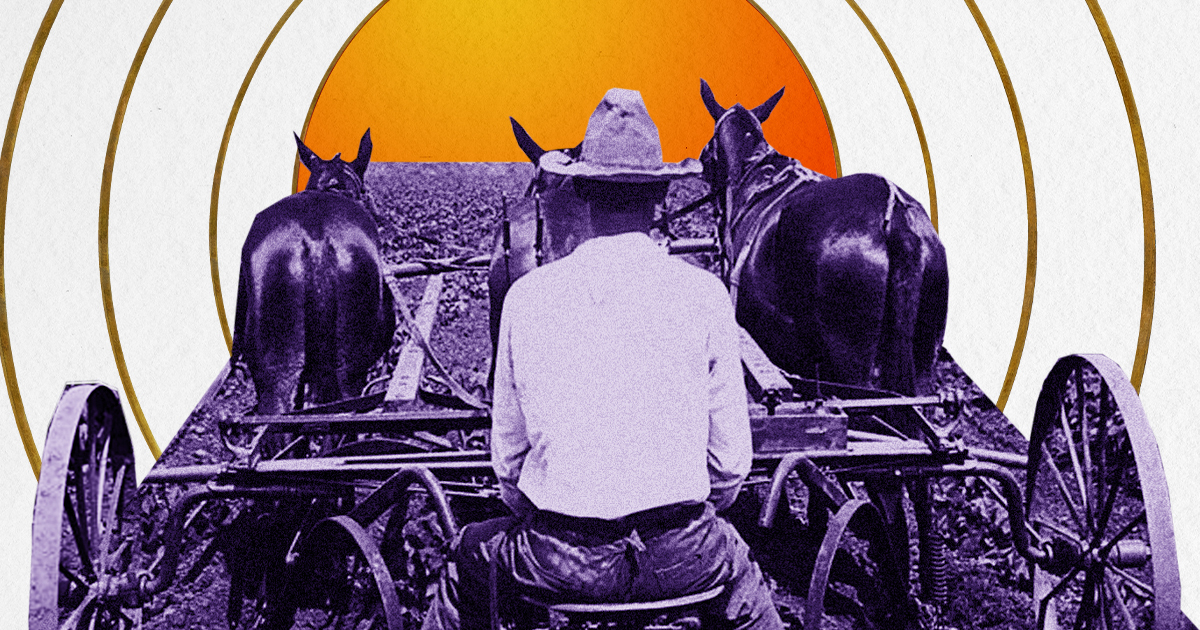 The firm announced Wednesday on Twitter that it raised $3 million, bringing Plato’s total valuation to $300 million.

Plato Farm is an NFT game that supports HRC721、HRC1155 and ERC1155 protocols. Players are tasked with growing plants and raising livestock on a small farm to earn MARK and PLATO tokens which can then be used with various NFT items to transform their barren land into a bustling city. Players can also start their own guilds and earn money while playing.
Plato Farm takes its name from the ancient Greek philosopher Plato (Πλατών, 427 BC – 347 BC). He was one of the great philosophers of ancient Greece as well as in the whole of Western culture. In Greek, the word Platus means “flat, expansive”, etc.
In his book The Republic, Plato envisioned a picture of a just state: a state of moderate size, where one could see the whole country from a high point in the city, and where the people know each other face to face. Plato believed that the state began with the division of labor. This is the reason why we took Plato as the name of our project.
Plato Farm, to put it in simple words, is about building your own metaverse world from scratch with labor and ingenuity in a new utopian virtual world, and accumulating wealth, contacts and prestige, developing social groups, building organizations, and forming a larger, more efficient system of social functioning. And all this can be done step by step in Plato Farm.

In Plato Farm, there is a dual token system, Plato and MARK, where Plato is the most valuable token in circulation and has fixed issuance. The total number of Plato tokens is 100 million. The release rules are extremely strict: all Plato tokens are locked in a smart contract and will be released linearly over three years.
MARK is for points collection in the game. In addition to the 1 billion MARK tokens issued for the public beta, 28800 MARKS are produced per block as blocks are created in Heco and the production will stop after 3 years. The initial price of MARK is 0.0001U.
As for all the economic systems operating in Plato Farm, they are based on the total ecological value of the players in the ecosystem. That is, the more players participate in the game, the more products they produce, and the larger the system’s economic system, the higher the player’s earnings in the Plato ecology.
And while the production of MARK in the game is very fast, the burning and consumption mechanism of MARK throughout the game ecology is also very efficient. It involves almost all business practices in the entire game.

In Plato Farm’s game ecology there is no real dealer. Everything is locked in a smart contract that has been audited and approved by a security company.

As suggested by the name, the mechanics of the Plato Farm project are based on the social system of The Republic. The difference is that in the course of the project development, the construction of The Republic and the differentiation of the social experiment will take place more quickly, which otherwise would take hundreds of years in reality. In Plato, only a few months are needed before the changes happen. The health of the economic system in Plato Farm will also be a social experiment to test the success of The Republic envisioned by Plato.
After all, Plato did not really implement the experiments of The Republic and the regulatory apparatus in his life. In the real world, most countries use the backup plan and rely on the constitution for state governance. In The Republic, Plato sees the idea of the unchanging as the only and ultimate truth, so in our project, we have the various rules written into the unchanging intelligent contract that guarantees the most fundamental fairness and justice of the social system.

“The Republic” by Plato
On the basis of this, players can choose their role of ‘Farm’ in the game and are able to produce the appropriate means of production to meet the needs of society. There are currently almost 20 different means of production in the game’s ecosystem, each of which plays an important role in Plato Farm.

To set so many production materials and assets is to create interdependence between different players and make each of them indispensable. At the same time, we are aware that

it is impossible for an individual to manage the complicated production system, and thus, we have created Social to allow individual players to arrange and coordinate the process more efficiently. Plator Farm is a republic that organizes a small number of human beings together through blockchain technology and the Metaverse concept. Through this project, Plato Farm experiments the viability of creating a republic in economic terms.

In macroeconomic regulation, there is DAO governance to achieve a better distribution of profits and to ensure the development and improvement of the system for the benefit of the majority of participants. So in Plato Farm, the DAO will function as a sort of constitution. It determines the distribution of the benefits of the project and even the project governance rights. Because the project is almost completely decentralized at the beginning of the game, the project owner does not interfere directly with any actions in the game’s ecology and all ecological development takes place naturally. The project team only gets involved in game optimization and bug fixing.
The DAO allows the player to make macro adjustments to any unreasonable behavior in the game, and there are also micro penalties, such as “MARK” fines for stealing crops.
Players can boycott monopoly buying and selling of the production materials in the Plato Farm ecosystem where the cycle of all production materials is interlocked and it is almost impossible for an individual to complete all production stages independently. This means that players have a say in the game and at the same time, the production materials are subject to price fluctuations.  Players need to compete with their competitors who grow the same types of crops as well as all buyers in the ecosystem. They thus have to adjust their production strategy in time to maximize their benefits.
The player’s strategy is very simple. As a hard-working farmer, as long as you work very hard, you will be able to create the highest value.

Everything about the mechanics of Plato Farm fits Plato’s definitions of speculative citizenship, the division of labor, and justice in The Republic. Plato Farm also offers players the opportunity to uphold justice and increase revenue in the game, as well as the right to ‘participate’ in politics as citizens of the Plato Farm metaverse.
Players can use their money and resources to join forces with more people to monopolize and play the game on a larger scale, while at the same time building an ideal country as a social experiment. Both trade unions and regular players can find their preferred ways of gaining revenue and social roles here. As a business simulation, Plato Farm embodies the Metaverse concept in an excellent way.