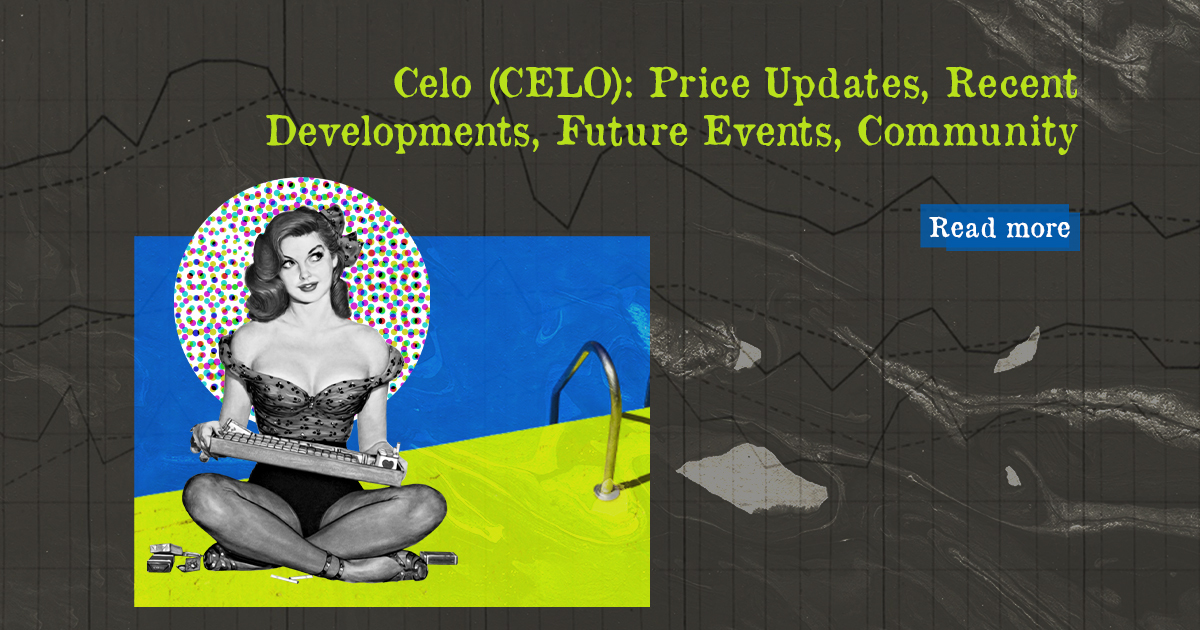 Celo is a mobile-first blockchain ecosystem that focuses on increasing cryptocurrency adoption among smartphone users. Celo has built a global infrastructure that seeks to introduce billions of smartphone owners to transact in online currencies to make financial activities easier to access.

Celo gained recognition after defying the market dip. While other assets plunged, CELO recorded significant double-digit gains. So, how has the mobile-first blockchain fared since then?

After what has been an outstanding run, the price of CELO is beginning to correct. Over the last 24 hours, CELO has dropped by over 6.5%, now trading at $7.03288. Celo has the 53rd largest market cap, as of the time of this writing, at $2.16 billion.

Celo had a spectacular entrance to September, riding on the back of the $100m DeFi fund announced in August. cLabs, the organization behind the mobile-first blockchain Celo platform, was selected by the Monetary Authority of Singapore (MAS) to develop retail central bank digital currency (CBDC) solutions.

cLabs, along with 14 other fintech companies, will create a CBDC for Singapore. The winner of the “Global CBDC Challenge” will be selected at the Singapore FinTech Festival scheduled for November 8-12.

On September 13, Celo announced the v1 deployment of the Optics smart contracts on Celo, Ethereum, and Polygon. OPTICS, short for OPTimistic Inter-chain Communication Standard, is a new protocol for gas-efficient and trust-minimized interoperability.

OPTICS is a unique smart contract that can be deployed on any smart-contracting chain and multiple chains simultaneously. Gas fees are also remarkably cheaper by a factor of 10x on Ethereum.

Moving on, Celo has set its sight on evolving its blockchain to become the fastest EVM Chain. Through a multi-year collaboration with Mysten Labs, a project comprised of developers who worked on the Diem blockchain, Celo will evolve its blockchain.

Upon integrating protocols from Mysten Labs, Celo will become the fastest EVM compatible blockchain in the world. Celo’s transaction speeds will also be improved with the integration.

In partnership with Celo, Forbes, the leading global business media brand, will hold a joint virtual event on September 28. The two-hour event will bring financial experts together to discuss the future of digital currencies and central bank digital currencies (CBDCs).

The event comes at a time when central banks from around the world are exploring CBDCs. The event will feature central bank leaders, private banking executives, and firms involved in the development of critical and evolving technology.

Celo doesn’t have the largest crypto community, but it has a respectable social media following of over 51.8k followers on Twitter. Instead, where Celo stands out from the competition is its unique community involvement.

The project works by the motto “designed for all” and takes community voices seriously. Hence, members of the Celo community feel like part of the project and carry a bullish mindset about the project’s future.

A Twitter user, @CELOnymous, shared his thoughts on what the Celo Team should do. He wrote;

Hey, @Google, you may need to update your systems. This is just the beginning. As the @CeloOrg ecosystem grows, so does the community. Next up are 6 billion smartphone users.

I want to know why celo is so strong, I keep telling people that this is a treasure

As a mobile-first blockchain project, Celo offers a unique use case that could see its adoption expand. In addition, Celo is actively involved in DeFi, which is already reshaping financial markets and their processes. Celo has all the ingredients to be one of the most successful blockchain projects in the future.