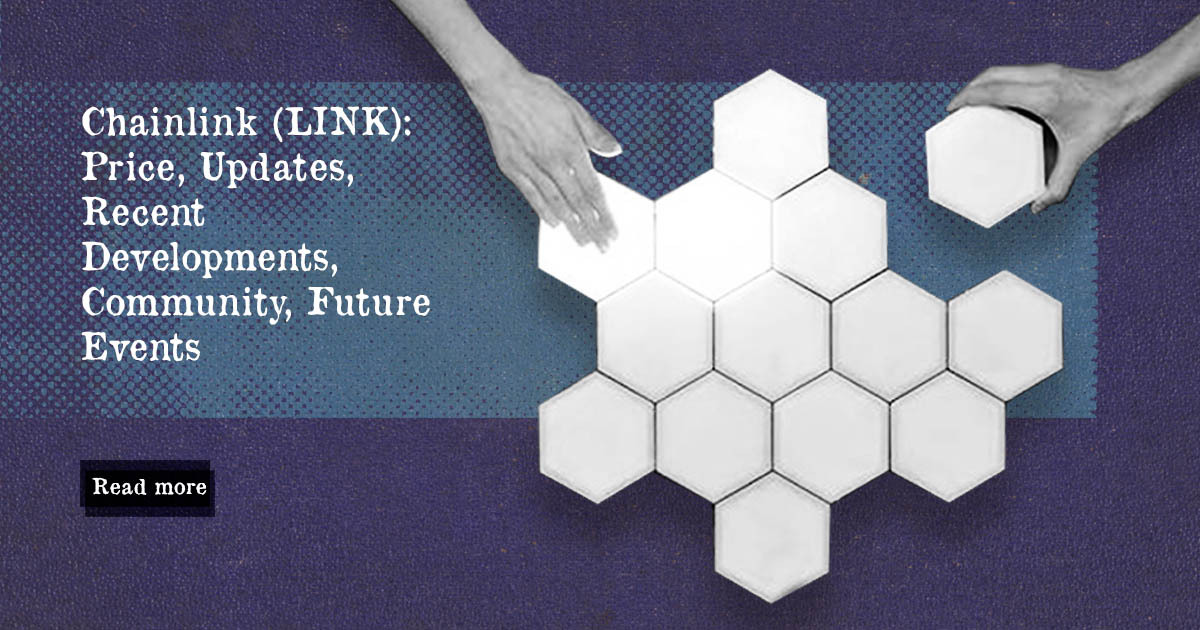 Oracle solutions have been at the fore of DeFi as a result of smart contracts, which need information in order to be executed. The development of blockchain technology was a big step towards decentralized finance as it acts as an open ledger for the record of transactions.

With time, the Ethereum blockchain and others have become compatible with smart contracts, leaning them further towards decentralization. Smart contracts are programs on the blockchain which are automatically executed once certain conditions are met. For example, Chainlink has created a system for channelling, rewarding, and verifying off-chain information.

How Does the Process Work?

The exact requirements of the blockchain provider are stated in the agreement, and the selected oracles will get the results from off-chain sources through Chainlink.

Chainlink chooses the most accurate of these by comparing them to see which information is numerous. Finally, the information is sent to the blockchain through Chainlink for the smart contracts to be executed.

The markets have not been kind to Chainlink (LINK), just as they haven’t been to the entirety of the crypto market in the last few days.

Chainlink was founded in 2017 by Sergey Nazarov, along with others at Chainlink Labs. Steady expansion and improvement of services is the only way to stay ahead in DeFi. Chainlink demonstrates this understanding as it is currently connecting Google Clouds data to smart contracts on the blockchain. The aim of this isn’t far-fetched. The effect of bad weather affects the financial market and leads to losses. Therefore, Chainlink is making it more predictable through the integration of Google Cloud.

Chainlink has also set out its blueprint for the Cross-chain Interoperability Protocol, “a new global standard for decentralized inter-blockchain messaging, data and token movements.”

The bridge, which will connect hundreds of blockchains, is already coming to fruition, with developments pouring in. The effect of this is that different applications on different chains will communicate with each other.

Solana, another crypto referred to as an ‘Ethereum-killer,’ has integrated Chainlink into its blockchain. Developers will now be able to make use of the decentralized price feeds on Solana.

Speaking on the multiple integrations of Chainlink, a Twitter user, going by the moniker ChainLinkGod, believes;

LINK, which started the year at $11, soared over four times its value to reach a new milestone of $51.17 in May. The crypto price boom in the first quarter was a key factor for the rise in LINK, and the asset was on course to reach the $100 mark, which some users had in mind.

Year-To-Date price chart of LINK, showing its peak in May: Source TradingView.com

Dropping as low as $15 soon after, it has struggled to get back to winning ways, until recently when it followed the rise of Bitcoin and other Altcoins. LINK is currently trading at $25.2, which is more than twice of what it was in January.

Given its current trend, Chainlink will need significant bullish momentum to drive the price above $27.7 and to stand a chance from there of testing the next resistance at $30.5. LINK is currently ranked 15th among cryptos by CoinMarketCap, with a current market capitalization of $11.8 billion.

The community support behind LINK is enormous due to several factors. First, Chainlink is a decentralized, open, and fair network for verifying information for smart contracts through an open community.

The payment of LINK to oracle operators for their services makes the process fully incentivized as anyone with the right equipment can become a node operator. Chainlink punishes operators who repeatedly come up with false information by confiscating their LINK for more support behind the project.

A cross-section of the community still hopes that LINK will finish the year stronger. As shown by Twitter user, @chainlinkchart:

However, another Twitter user, @altseason, asked a question that signified doubt:

Chainlink is a unique blockchain solution that offers smart contracts the powers needed to operate. Providing an accurate system, LINK tokens will be used over and over on several blockchains. At the moment, there are several price predictions for LINK reaching the moon, as bulls set their eyes on $100 levels.