ہوم Coins Altcoin News Copydogs Issue #2: Why do they even exist? — DailyCoin 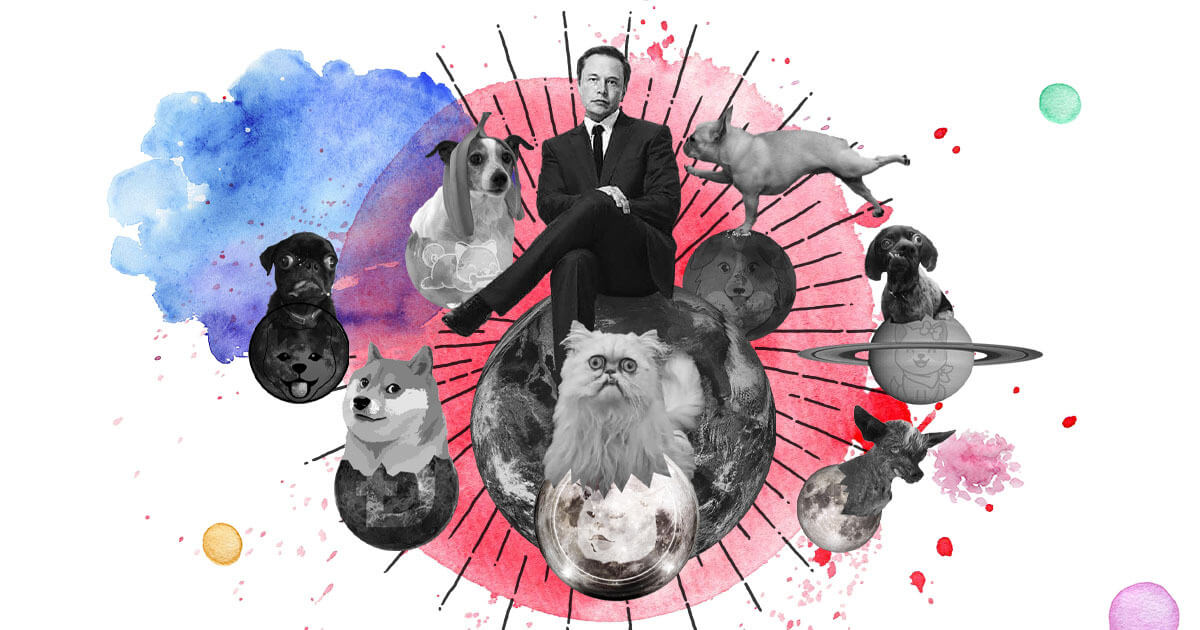 There’s an allure for fast and easy money. In the crypto wild west, one can turn into a millionaire by sheer luck. For young adults, investing driven by social media philosophy is a virtual crap shoot. Memecoins and copydogs have matured as more capital entered the cryptocurrency market. Those waiting for their “big hit” face a harsh reality; crypto doesn’t only go up, it can also go down.

Elon Musk is a 2021 cryptocurrency puppeteer, stirring the enthusiasm for empty blockchain projects created just for “fun.” Dogecoin shredded market expectations, entering the Top 10 coins by market cap. The act prompted a shift in trading behavior, resulting in dozens of make-believe Dogecoins barking across the internet for consideration.

Copydogs’ rhetoric centers around a few manifests drawn up as a pitch deck then marked as a whitepaper. The overarching themes bring “popular cryptocurrency concepts to the mainstream in one, easy to understand project”, or, “prevent dogs of all breeds from being abandoned” (the latter appealing to a new crowdfunding method). Still, copydogs disappoint in terms of technological innovation, which is often the basis of blockchain as a whole.

Gen Z and millennials, as digital natives, represent new cryptocurrency traders, as they rely on “digital tools” for everyday interactions. Unlike early cryptocurrency projects, which build a following and devotion on obscure bulletin boards and forums, copydogs rely on social media platforms for exposure. Thus, investing in unknown projects whose price is fueled by digital communities and backed by social influencers such as Jake Paul, resulting in a new breed of copydog millionaires. It’s no surprise that the current blockchain meta revolves around “animal-themed coins.”

The altcoin-zoo is worrisome for blockchain’s integrity. As described in a Vanity Fair article, copydogs exist for the sole purpose of pump and dumps. They are the Ponzi scheme of the new digital era where anonymity “reigns supreme.”

Shitcoins, poo coins, or dodocoins are the aftermaths of the influence of a few who choose to play blockchain god. Yes, Elon Musk! The end result could reveal a sour truth as the global perception of blockchain due to bad financial experiences could bring further regulation. This is reflected on social media as users fear that ingenuine projects like $ASS or $PUSSY (pardon our language) could lead to a possible crypto bear market.

Why are people buying into InuKeanu, or Kabosu, or other animal tokens?

The advent of SafeMoon and DogeCoin built hope that one day anyone can become a millionaire. Owning millions of tokens creates a psychological uptick given precedents, where a coin increases by thousands of percent. Shiba was promoted as a “dogecoin killer” claiming the coin offers “more community-drive.” Meme coins or animal coins are appealing because they emphasize a more appealing side of crypto—having fun and making money. Of course, this is not always the case.

Investors have cautioned about how parabolical increases in price are not sustainable. They even went a step further, comparing SafeMoon to a Ponzi scheme as early adopters would benefit more than those buying in at the top.

Social proof is hard to dismiss, mainly when we’ve been accustomed to regard something as qualitative by the number of followers/likes/tweets. What’s more, personalities (an celebrities) promoting a token decrease the risk barrier, making it easy to fall prey to the fallibility of coins. The price of a copydogs is determined by market demand. To that end, meme coins or other shallow coins exist because people believe they are wealth generators while ignoring all the red flags, especially when a KISHU advert is placed in Times Square.