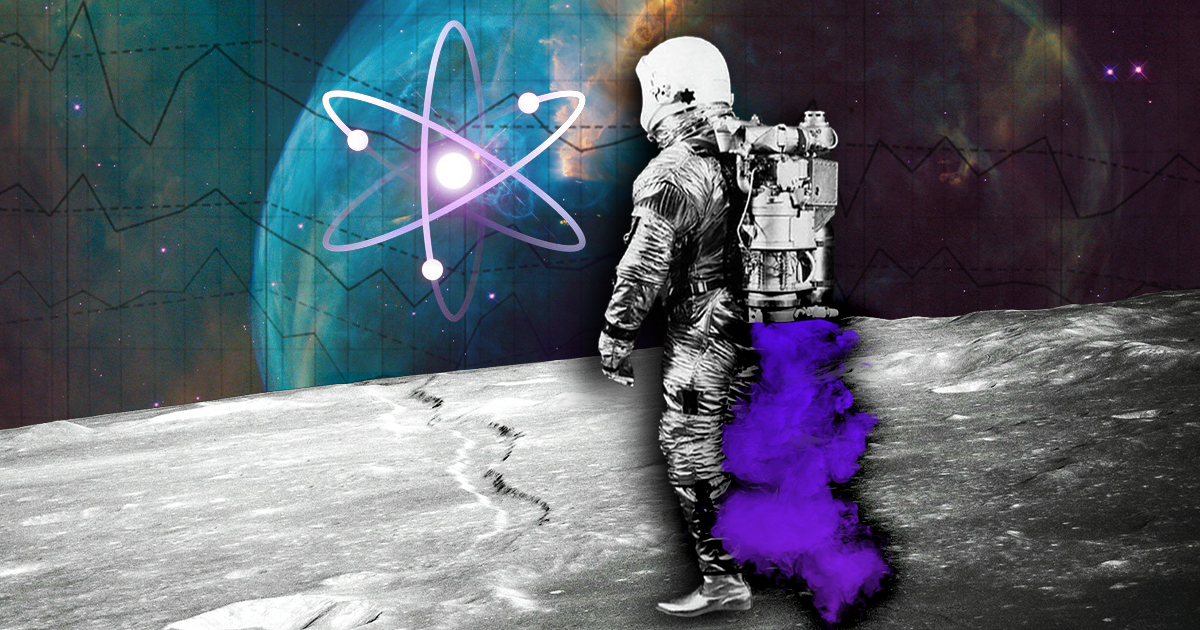 Cosmos (ATOM) is one of the projects that started 2022 on the right track thanks to its facilitation of communication between separate networks. As a result, it is already one of the most talked-about crypto projects a week into the new year.

Presented as “the internet of blockchains” to facilitate the development of an interconnected decentralized economy, Cosmos has seen explosive growth at the start of 2022. So, how has Cosmos fared in the market recently?

While the crypto market has struggled for gains, Cosmos (ATOM) has been on a steady uptrend, closing in on its September all-time high. Over the last 24 hours, ATOM has climbed by 9%, the only top 30 crypto in the green today.

Cosmos has seen some of the biggest growth across the cryptoverse in 2022, and for the right reasons too. An expansion of its ecosystem is one of the major reasons for the growth of Cosmos and the price increase of ATOM.

On December 30, Cosmos announced expanding its network to include 28 live, interconnected blockchains and currently supporting 262 Cosmos dApps and services.

The expansion brought the digital asset shared by Cosmos’ internet of blockchain to an estimated $68 billion. The likes of Binance Smart Chain, Terra, Crypto.com, Osmosis, Secret, Oasis Network, and Kava all feature on Cosmos.

Although an interoperable network, Cosmos has been optimized to be power efficient, thanks to being a proof-of-stake network. According to its yearly report, its annual power consumption is less than the energy consumed by Bitcoin in a single day.

Another important event for Cosmos is the launch of the Gravity Bridge on December 15. The Gravity Bridge, while a standalone chain now, helps bridge assets between Ethereum and Cosmos. The project is planning to migrate the bridge to the mainnet in Q1.

One of the most anticipated events in the Cosmos ecosystem is the protocol’s upcoming Theta upgrade. Scheduled for March 31, there is great anticipation of the new features the upgrade will bring to the network.

The Theta upgrade will bring liquidity staking to the network, allowing users to utilize the value of staked assets in other parts of the Cosmos ecosystem. The first version of liquidity staking is expected to come as early as February 2022.

Another interesting addition is the interchain account function. With this feature, Cosmos users will be able to manage their accounts across multiple blockchains rather than transfer tokens from one chain to another.

NFT modules will also be introduced with the upgrade, allowing for the easy management of NFT credentials, their owners, and associated data. The upgrade will also introduce the Cosmos ecosystem to meta transactions.

The much grander plan for Cosmos involves the public launch of Emeris in Spring 2022. Emeris will introduce advanced capabilities for portfolio visualization, digital asset management, and service discovery for the ecosystem.

While there is no official release date, Cosmos looks to integrate staking with auto-compounding of rewards, cross-chain DEX aggregation, an airdrop tracker, and a browser extension into Emeris. Cosmos plans to become an ecosystem of 200 chains in 2022.

Members of the community are fondly called Cosmonauts. Cosmos has built a strong community thanks to community involvement and constant updates on the project’s progress.

Because the project is largely built around its community members, Cosmonauts have grown to become strong believers in this promising project. One Cosmonauts identified as, Jøhnnie, wrote;

You will bitterly regret not holding on tight to your $ATOM down the road, if you leverage trade or "take profits" now, traders/speculators.

One day, the amount of $ATOM you hold now will be unattainable. Hold & stake if you want to make it.

Mason Nystrom, a researcher at MessariCrypto, wrote about Cosmos;

The more I research @cosmos , the more I am impressed with the quality of the ecosystem.
A thread

From the developments and future plans of Cosmos, it is almost easy to see why the project has outperformed many others in a bearish market. If Cosmos hits all its goals for 2022, it could become one of the biggest, if not the biggest, revelations of the year.