ہوم Prices Crypto and NFT Division in Divorce Settlements: How Difficult Is It to... 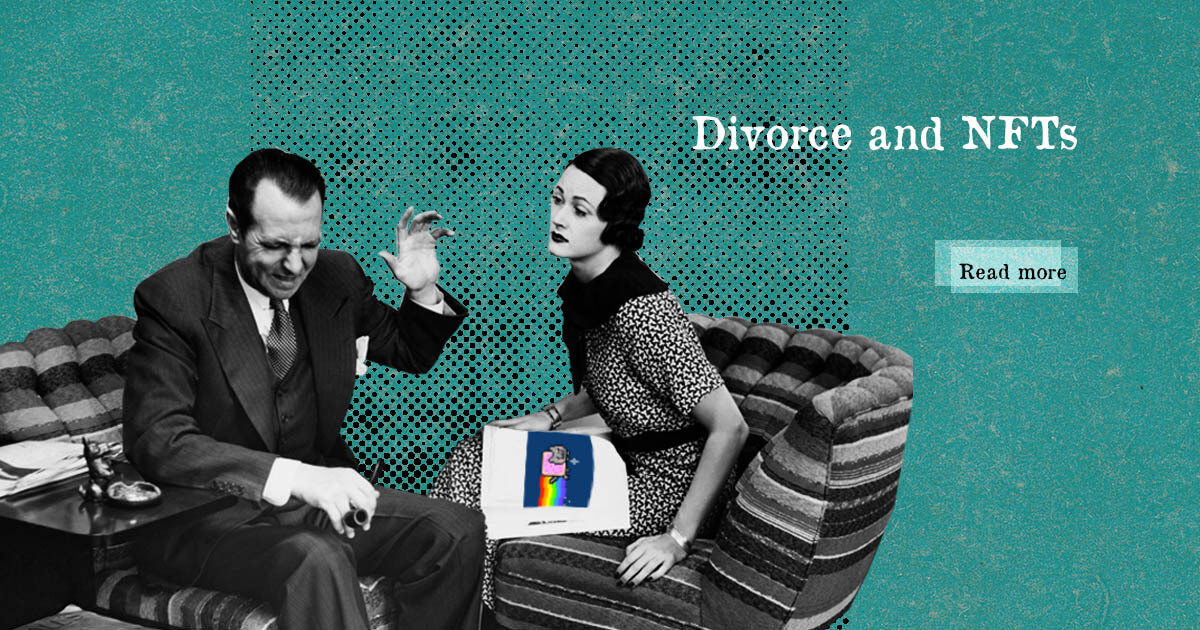 If some years ago, it was common to hide your cash from your ex-spouse under a mattress, today, the most innovative way could be to conceal a part of your wealth in digital assets. Warning: there might be some unfortunate consequences.

The cryptocurrency market cap has reached $2 trillion, and the estimated number of global crypto users has reached over 300 million. In the US alone, around 27 million people own some kind of digital asset. Replacing fiat money to some extent, cryptocurrency division raises new problems in divorce proceedings.

What Are the Rules for Digital Asset Division During a Divorce?

In most Western countries (including Canada, the majority of the US, and Europe) cryptocurrency is considered as community or family property. Even if a spouse is holding the assets in their own name, crypto still has to be divided. Some states in the US (such as Pennsylvania and Idaho) have equitable distribution. Courts divide marital property and debts based on the principles of equity, and by analyzing a variety of factors.

A family court is not a court of law, it’s a court of equity. Such courts don’t use the standards of evidence that criminal courts would use – in family law it’s a preponderance of the evidence. People with cryptocurrency tend to talk about their investments with friends and family, so if their spouse hears about it, and the spouse can perhaps find someone else to confirm that they also heard about it, then that’s the evidence that goes into the court.

Ken S. Maynard, a Divorce Financial Specialist from Divorce the Smart Way, explained to DailyCoin in an exclusive interview.

The values of NFT and crypto assets are much more difficult to assess within the context of divorce, in comparison to their more predictable (counterpart) assets like real estate. This is because the value of these digital assets and their markets are fluctuating constantly.

Dividing NFTs in a Divorce

If the parties are willing to maintain the cryptocurrency and agree on a percentage split of the asset, then cryptocurrency is easily transferable from wallet to wallet. The same can’t be said for NFTs, however, as these types of assets are one-of-a-kind and cannot be divided; only the proceeds from the sale of the NFT can be divided, if that is the path the parties choose to take.

With that in mind, and assuming that marital funds were used to invest in the NFT or cryptocurrency, this means that the increase in value will be subject to equitable distribution given that it is a marital asset. Therefore, if one party believes that they are missing out on significant value, they may attempt to put up a fight about what value should be used to determine the share of the digital assets they are actually entitled to, in order to get as much money out of their marital asset as they possibly can.

According to Gilston, if one party feels that valuing the asset at a given time works better for them, the other party may feel the opposite. Compromise is often elusive in divorce, especially when uncertainty is afoot. Because digital assets scream uncertainty, the existence of NFTs and cryptocurrency may make the divorce process all the more difficult to resolve.

You can never know if you’re getting full disclosure of cryptocurrency from your ex-spouse. It’s possible to follow the money, the conventional currency going into crypto, estimate the date when the spouse bought some amount of digital assets, and then apply what the current evaluation of these cryptocurrencies is. We can be reasonably sure, but not absolutely.

If you or your ex-spouse own crypto, it’s crucial to know which rules apply. Digital asset division during a divorce (especially if it’s an NFT) can be complicated, and transparency is crucial.