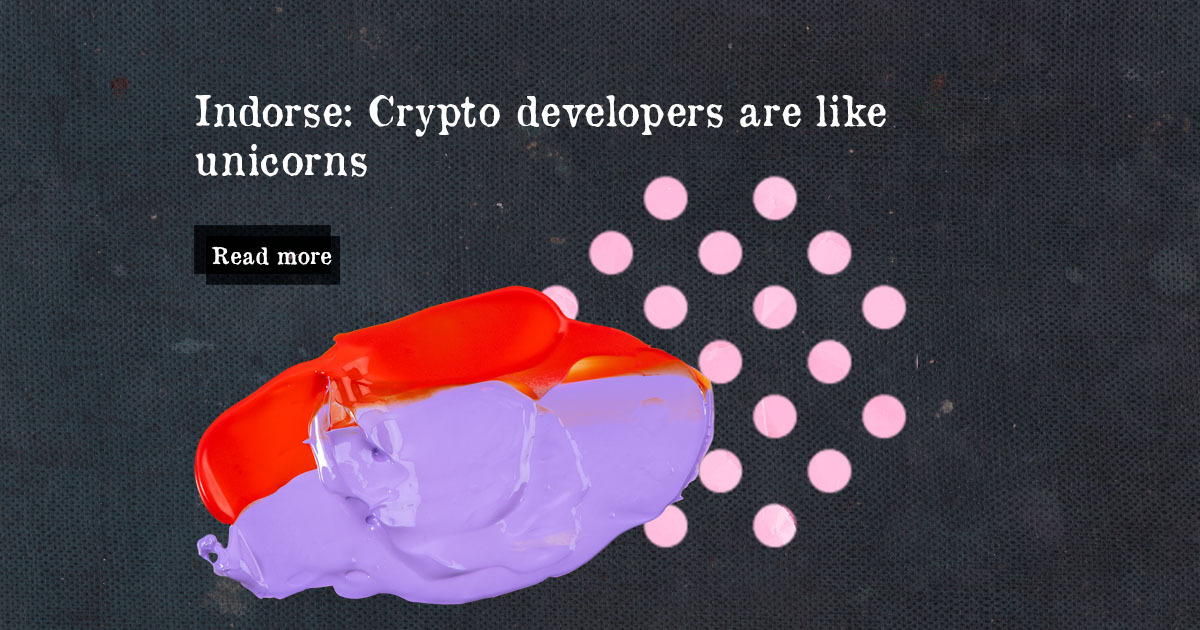 Back in 2008, when blockchain was first conceptualized, who would have thought that the crypto market would achieve values of $2 trillion and become the digital Gold Rush of the 21st century.

With such exponential growth, new innovative crypto solutions are needed daily, so the demand for blockchain professionals is running high. Accordingly, jobs in the domain are growing at a mind-blowing rate.

Global demand for blockchain engineers is up by 517%. According to LinkedIn, blockchain is one of the fastest-growing skill sets. A report made by Upwork, a freelance job platform, states that blockchain development is one of the most in-demand skills among freelancers, with growth that exceeded 2,000% for three quarters in a row, and 6,000% for year-over-year growth.

As the formal education system is still adapting to provide education in blockchain, are crypto developers a rare, but invaluable bird?

Crypto has blown up lately. With the explosion of various projects onto the scene, many developers are considering hopping on the crypto train.

In an exclusive interview with DailyCoin, Gaurang Torvekar, co-founder and CEO of Indorse, admits that blockchain developers are the most sought after professionals in the whole industry.

Learning to work with blockchain should not be a complicated task for tech professionals. Torvekar admits that he is working on his Solidity skills as well.

Indorse is on the pulse of the IT and development industry. The company provides a coding assessment platform, based on the Ethereum blockchain, which aims to build, grow, and sustain software engineering teams.

The all-in-one platform is based on a community of industry experts from around the globe, and focuses on coding skills, from upscaling or reskilling the workforce, to simply reviewing code for companies. The Indorse team is also keen on organizing blockchain hackathons to bring the crypto community together.

As someone helping developers and teams daily, and as an industry insider, Torvekar encourages people to get into crypto development as soon as possible, because it aids in understanding crypto better:

Building a career as a developer is already relatively straightforward. Aspiring programmers typically look at Silicon Valley and behemoths such as Google, Amazon, and Facebook. A crypto developer’s career path might not seem as predictable, just like the crypto itself.

Torvekar distinguishes two career paths for blockchain developers. One such direction is project-based, with some blockchain developers hopping from one project to another, helping to build specific tokens. A senior developer that has worked on various crypto projects is highly valued.

Another path, which Torvekar sees as more mainstream, is blockchain developers can join huge crypto companies, like ConsenSys, and build a career similar to Silicon Valley.

Crypto is here to stay, and Torvekar foresees enormous opportunities for blockchain developers in the future, saying:

You can watch the full interview here: