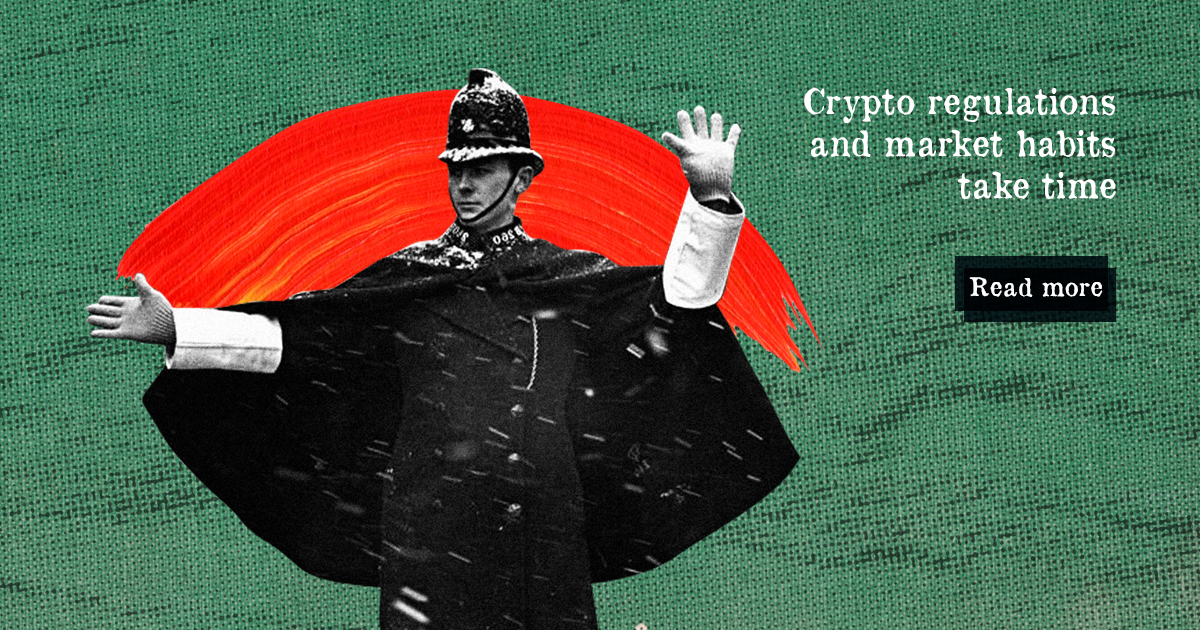 Cryptocurrencies have been in a constant crossfire from country regulators after facing multiple critics regarding their societal purpose. After being part of a rug pull, even Mark Cuban, a supporter of blockchain technology, instantly embraced crypto regulation. However, blockchain is turning into a 21-century digital necessity, and regulators are looking past its affordance and forcing it within an enclosed sandbox, limiting its potential.

Crypto’s status as a societal staple is a two-way street with culture colliding characteristics, placing regulators in a mirroring cycle of decision fatigue. Those unequipped with previous technological habits are faced with anxiety about their ability to interact with innovations.

A study by Bayer & LaRose on Technological Habits partly concluded that innovation resurfaces “old concerns and promises related to the impacts of emergent technology,” implying that we as human beings are threatened by technology’s impact on our position in the societal-technological hierarchy.

Similarly, when a new technology is hard to understand, common people force them to resonate with the government officials, whom they often critique. Janet Yellen’s claim that cryptocurrencies have been used for illicit activities is part of a political agenda that partly holds truth. Similarly, Jerome Powell, the face of centralized institutions, called crypto a “vehicle for speculation,” and suggested investors lack the understanding and make decisions without thorough consideration.

Blockchain is a novel technology that appeared 13 years ago but was mediated only as a hedge against inflation and a speculative bubble. As cryptocurrencies have gained institutional investor interest, regulators seek ways to interfere to meet both market and investor demands.

Fortune reports that the new U.S. infrastructure bill, including cryptocurrencies, acknowledges their emergence as a 21st-century necessity but at a hefty cost of regulation. Blockchain has proven itself a disruptive innovation for every business sector, reflecting on the government’s ability to enforce societal outsets during the Covid-19 pandemic.

A World Economic Forum (WEF) article emphasizes how forced regulation will lead to the decay of blockchain innovation as regulators rush to bank on taxation incentives, disregarding the complexity of the space. The WEF singled out DeFi regulation and noted the space’s need to educate government actors through the DeFi Education Fund (DEF).

Currently, regulatory patterns regulate in bold without accounting for each individual sub-sector. Dr. Joseph Lee’s research on the “Law and regulation for a crypto-market” identifies the need to “introduce new laws” to create a crypto-asset market, but current frameworks will fail to generate a “true transformation of the market.” In short, a rapid transformation process will likely disrupt the innovative pattern of the space.

Information technologies innovations are “mutually dependent,” and innovation in one sector will ultimately lead to future innovations in other sectors. For example, the growth of digital currencies led Facebook to develop their own currency, Diem, which faced hard criticism from regulators due to previous events; however, none of the innovations involved crypto.

Self-regulation is a contextual pattern triggered by adaptability; however, the end result is not sustainable. As noted by Carolyn Pedwell’s research on “Transforming Habit,” the future is not considered better than the present, which is “active, brimming with change,” denoting that innovation will continue to progress despite any imposed regulation the present.

Thus while regulation will affect external processes of handling the crypto taxonomy, innovation cycles are shorter and disruptive technologies are constantly being developed, and laws should follow user’s habits to prevent impeding the growth of an economically changing technology while overseeing the current positive or negative developments.

Knowing how countries will regulate the cryptocurrency industry will allow you to assess the market direction better and whether coins such as Bitcoin or USDT are worth trusting. We should care because stricter regulation will threaten our privacy because government-backed digital currencies will be pushed to the market as a new standard.