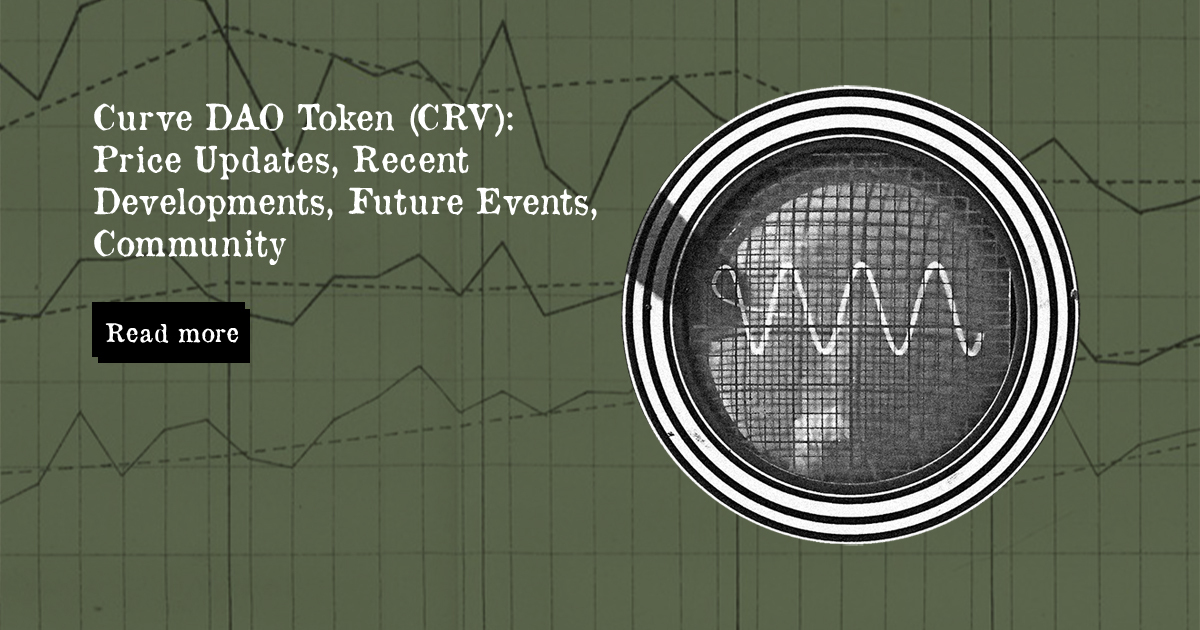 Being the native token of the Curve Finance ecosystem, CRV is used for governance voting and claiming protocol fees on the network. In the last 30 days, the Curve DAO Token has been one of the most talked-about cryptos. Here’s why.

Most cryptos have experienced significant pull-backs since the ETF-powered rally helped major cryptos to hit new all-time highs. The Curve DAO Token has been one of the stand-out performers, recording gains while the market retraced.

On the back of its recent gains, the Curve DAO Token (CRV) is now trading at $5.04470, at the time of writing. Curve Finance is ranked as the 63rd largest crypto project, with a market cap of $2.089 billion.

Sustaining this bullish momentum will see CRV retest a 12-month high of $5.6. If CRV breaks through the resistance level of $5.6, the token could rally up to $6.1 before meeting another test.

Along with its recent price boost, Curve Finance has recorded major growth in 2021. At the start of the year, the total value locked (TVL) in Curve Finance was approximately $1.5 billion.

As of October 28th, Curve Finance has a TVL of $15.07 billion, making it the 3rd largest decentralized finance protocol. Along with CRV’s price rise, the Curve Finance network has been at the center of some remarkable growth.

On October 26th, Equilibrium, a DeFi money market, announced that it had launched the official implementation of Curve.Fi’s automated market maker, Epsilon, on the Kusama Network. Epsilon makes Curve.fi’s AMM interoperable between Ethereum and the Binance Smart Chain.

Epsilon is currently featured on Genshiro, Equilibrium’s Kusama-based canary network. Looking toward the future, Equilibrium has revealed that Epsilon will also be integrated into the Polkadot network, giving it more reach.

Prior to launching on Kusama, the crypto pool of Curve Finance was launched on Harmony Protocol. Harmony is a fast and open blockchain for decentralized applications. Harmony users can now access all of the pools on the Curve.fi network.

Curve is a fully decentralized network that gives users the ability to vote for or against developments on the network. Users are currently voting on a proposal to add bveCVX (which is issued by Badger, a DAO protocol dedicated to bringing BTC to DeFi.) & CVX factory pool 17 to the Gauge Controller of the Curve.fi network.

Curve Finance is a community-driven protocol that is not reliant on one organization or team. Community members discuss and vote for changes and updates to the network via gov.curve.fi. For example, WormholeOracle, in reacting to the proposal from Badger, wrote;

On Social Media, Curve Finance has a strong following, with over 187K followers on Twitter, 16.7k members on Discord, and 14.8k members on Telegram. Members of the Curve Finance community are always willing to show support for the Curve DAO Token. As CRV pumped, @JuneBeBugging wrote;

you made me a believer, I'm in the $crv army – the coin is trending, lots of ppl talking about it, i like the energy behind it, lets go

GM master!$crv #curvedaotoken is a peach!!!
Already 4X+ up from the July low and nowhere near it's top!
I can read an easy 4x from where it's standing, with the market structure we have!
What do you feel about it?

Another user, Bal Porsuğu, shared the Social performance of the project, writing;

While Curve Finance has been in the news for its immense gains over the last 30 days, it is one of the most efficient AMMs to pair with similar assets. After experiencing a suboptimal start to life in the crypto space, Curve Finance is finally gaining attention for its strong performance as a decentralized exchange.