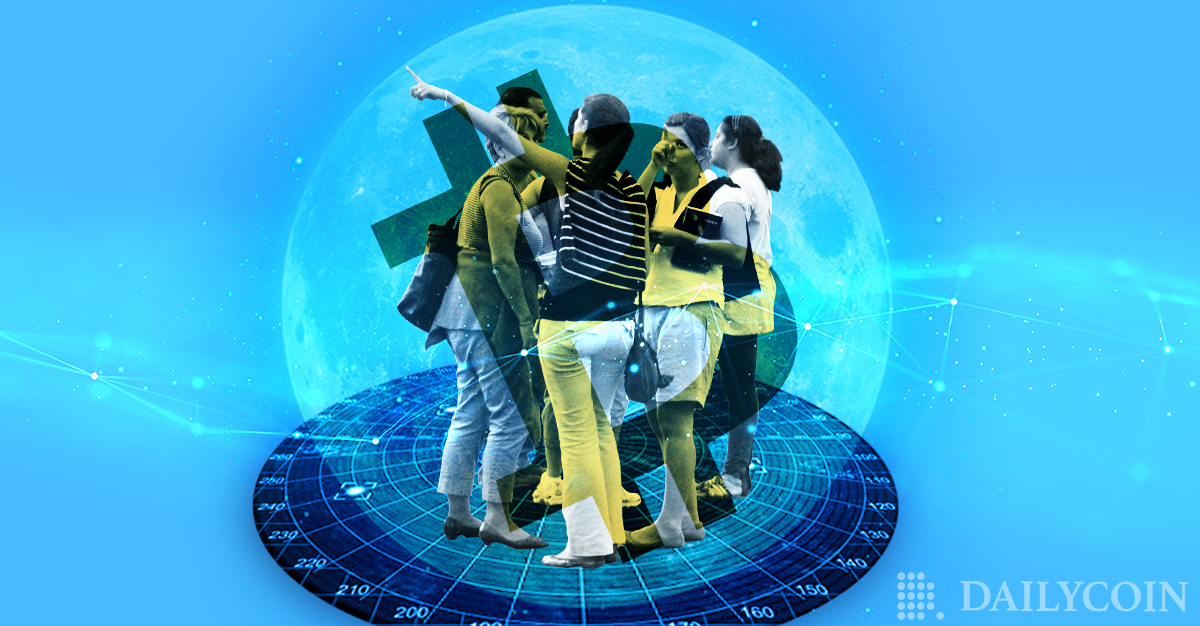 As part of finances going digital, fintech solutions partially addressed some of the most common issues related to traditional financial services, such as compounded costs due to the need for mediating agent, slow transactions, delays to cross-border transactions, and inaccessibility for large sectors of the population. Cryptocurrencies and Decentralized Finance (DeFi) stormed onto the scene around five years ago, disrupting the financial services industry once again by offering a new system, thereby circumventing the difficulties faced in changing the finance industry.

However, although crypto has attracted billions in investments, decentralized financial services are still struggling. Cryptocurrency itself cannot be invested in the same way as fiat currenc, and investors are often faced with extremely limited options when looking to invest their crypto assets.

The creators of the DeFiChain blockchain believe that the current problems faced in DeFi could be addressed by investing in technology, and designing blockchains for the exclusive use of investors and dApps developers. The team fully expects Blockchain functionality to be capable of fulfilling the precise needs of the decentralized finance segment.

DeFiChain’s creators have identified numerous challenges facing the current DeFi scene that could be solved simply by first choosing a suitable blockchain to build the DeFi project on. Primarily, the vital question is of reliability. To DefiChain, finance dApps shouldn’t be associated with blockchains that host betting or entertainment apps, as it could impact and bring the reputation of a dApp into question at any time.

Secondly, general-purpose blockchains require large amounts of coding to facilitate financial services, thereby increasing the risk of  vulnerability to hacks, or even just bugs in the code. As has been seen on the Ethereum network, sudden increases in the volume of any dApp on a given blockchain can have a ripple effect on the other dApps on that blockchain, either in terms of throughput, transaction price, or other influences. The maintenance of a “Turing-complete” blockchain means that resources are not being focused on the areas valued most by DeFi apps.

Most modern blockchain governance models are still developing and show clear signs of politicization, centralization, and uncertainty. To date, attempts at creating interoperability and self-regulation have not resulted in leadership, or clear-cut standards that international bodies and serious regulators can adopt. The lack of self-regulation therefore leaves the industry more vulnerable to external regulation, resulting in a riskier environment for serious investors.

Staying in the Bitcoin Ecosystem

As a result of the cryptocurrency market’s well-known volatility, many coins face the ever-present risk of becoming valueless. However, DeFiChain’s creators hold a particular appreciation for Bitcoin, as, in past years, it managed to retain its value, demonstrated its impermeability to attack and hackers, gained increasing respect from traditional financial players, and boasts a vibrant community and ecosystem.

For that reason, creating decentralized financial services around Bitcoin represents a tremendous opportunity. DeFiChain is anchoring itself to the Bitcoin blockchain in order to attain security and immutability. Indeed, DeFiChain saves its recently introduced Merkle tree to the Bitcoin blockchain every few minutes, while the simple act of leveraging Bitcoin’s security keeps DeFiChain safe from attacks, hackers, and vulnerabilities.

Bitcoin’s potential in DeFi has yet to be tapped, partially because of the difficulty that lies in creating smart contracts that work with the Bitcoin network. DeFiChain has solved this by retaining its own native consensus mechanism and function set, while still being anchored to Bitcoin. Additionally, DeFiChain utilizes an entirely decentralized Proof of Stake mechanism, allowing for better scaling, lower energy consumption, faster transactions, and multi-token support.

Using Proof of Stake has the added benefit of reducing the project’s environmental impact. In this respect, the Bitcoin network, along with other Proof of Work blockchains, have come under increasing scrutiny for their carbon emissions, which many have labelled “unsustainable”. Regardless, the DeFiChain network achieved carbon neutrality several months ago, showing the industry that DeFi networks built on Bitcoin can be carbon-neutral.

The team behind DeFiChain highlights the importance of community governance in DeFi. The blockchain ecosystem relies on its users and node operators to achieve decentralization. To this end, DeFiChain is entirely community-owned, making all users responsible for maintaining the network, and figuring out how to improve it, and make it more robust. In comparison to other networks, core developers often retain a degree of control in order to improve the network and make adjustments according to their own design.

DeFiChain has instead put the community in the driving seat, enabling every member to contribute to the process of governance and maintenance of the network via DeFiChain Improvement Proposals (DFIPs). This helps to achieve a high level of decentralized authority.

The DeFiChain ecosystem aims to become the default system for decentralized finance blockchains. Currently, the team is developing a native ‘Accelerator’ with the aim of boosting the adoption of DeFiChain and DeFi at large on Bitcoin. The Accelerator will aid developers in jump-starting their business in the DeFiChain ecosystem, while also extending financial support.