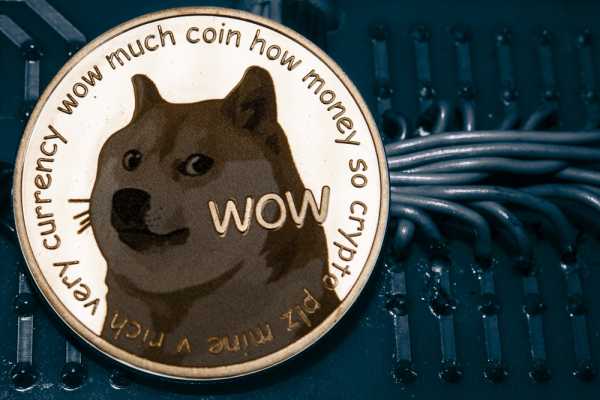 Elon Musk has posted an updated picture of his Shiba Inu puppy named Floki. The Tesla chief’s newest member of the family has meme-coin investors dreaming big. Considering that Musk’s tweet includes a picture Floki on a Tesla, investors are hoping it means that it won’t be long before the EV maker accepts Dogecoin payments. Doge, a Shiba Inu Japanese breed dog, is the mascot of the Dogecoin project.

Musk posted the latest picture in response to a request from a follower who also asked for more of a color selection on Tesla’s Model 3s and Ys.

Unfortunately, it was not enough to create sustainable gains in the Dogecoin price. After an initial jump, the 10th biggest cryptocurrency has shed 3% in the last 24 hours to $0.21. From a wider lens, Dogecoin looks better. So far in October, Doge has advanced 10%.

While Musk has shown a preference for Dogecoin and has even purchased some for his son X, he has yet to take the plunge for Doge payments at Tesla. Baby Doge Coin investors also jumped on the bandwagon, saying that Floki is a “cute #babydoge!”

More use cases for Dogecoin could potentially increase demand and also the price. So far, the Dogecoin community has been able to overwhelmingly convince AMC Entertainment CEO Adam Aron to add Doge as a payment method at the movie chain.

Bitcoin is also getting some added attention on social media. Edward Snowden tweeted about how he bought the dip in the bitcoin price back in March 2020, wondering if other investors did the same.

Since that time, the bitcoin price has rallied 10x even in the face of what Snowden describes as “a coordinated global campaign by governments to undermine public understanding of — and support for — cryptocurrency.” The NSA whistleblower said that China’s ban on bitcoin has only made the leading cryptocurrency stronger. His followers went on to discuss the threat that the government poses to the bitcoin market using the history of gold as a case in point.

Sometimes I think back to this and wonder how many people bought #Bitcoin then.

It’s up ~10x since, despite a coordinated global campaign by governments to undermine public understanding of—and support for—cryptocurrency.

China even banned it, but it just made Bitcoin stronger. https://t.co/pbnOFGfaVf

Snowden’s bullish comments were not enough to flip the bitcoin price green. Nonetheless, bitcoin has recovered from its September lows of below $40,000 to currently hover at close to $47,000.