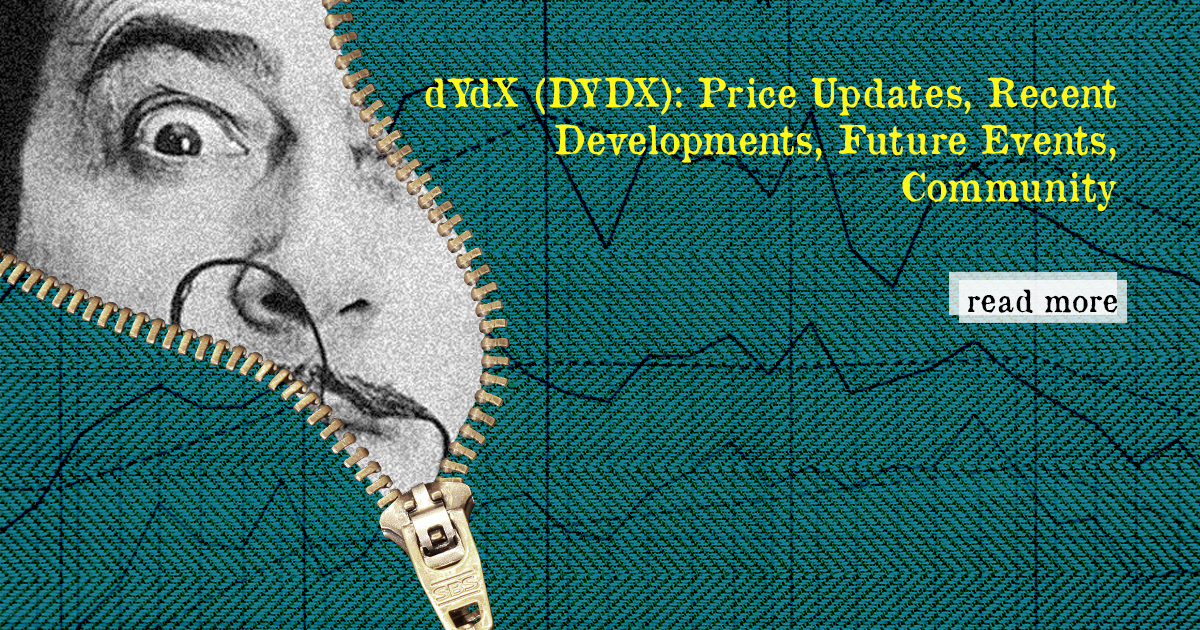 dYdX is a fast-growing exchange with over 64,000 traders recording over $11 billion in volume. dYdX has partnered with StarkWare to develop a layer 2 to increase transaction speed while taking transaction fees lower.

dYdX is a unique exchange with tools and products to enable users to trade more conveniently and profitably. The platform, which launched in April 2019, has continued its upward growth and is backed by reputable companies such as Polychain, DeFiance Capital, etc.

DYDX is the native utility token of the dYdX exchange. The price of the token has been on a blistering run amid the Chinese crypto exchange clampdown. The price of dYdX has soared over 80% this week as more users begin to embrace DEX.

The new highs and mass adoption of the token have seen it break new records. The platform has surpassed Coinbase in daily trading volumes, hitting over $4.3 billion, nearly 15% over Coinbase’s volume of $3.7 billion. dYdX was founded by Antonio Juliano, who left Coinbase five years ago, making this feat even more eventful.

The People’s Bank of China ban of all forms of crypto transactions was the main factor for the rise. In addition, traders are now moving to dYdX because it has no centralized regulation as opposed to Houbi and OKEx.

dYdX partnered with StarkWare to introduce its users to the layer 2 experience. Layer 2 has sped up transaction times and reduced gas fees on the platform.

Layer 2 gives users an improved UI while still maintaining all advanced trading features. Furthermore, more trading pairs are being supported by the platform, especially DeFi tokens, due to increased scalability.

dYdX added Monero (XMR) to its list of trading pairs on September 28, giving users 10x leverage to trade the asset. In another development, the first trading competition of the platform is now live.

The competition is to run from September 30 to October 7. The total prize pool for the participants will be 250,000 USDC, with participants expected to have at least 1,000 USDC in their account.

dYdX is a platform that gives users power as they control their assets and also the platform. DYDX also serves as a governance token, giving holders the right to push proposals and vote on them.

The community is also brought together through its forums in discussing issues relating to proposals. Users can stake DYDX and earn passive income while contributing to the platform. Liquidity providers are also encouraged on the platform with good incentives through liquidity pools.

The DailyCoin team discovered that on social media, the dYdX community is growing following its recent rise.

The Twitter user, @tokenstate, announced that dYdX has surpassed all CEXs:

incredible. all built on ETH L2. secured by ETH.

Another Twitter user, @ryanwatkins_, had this to say on dYdX revenue;

There are now 3 DeFi protocols generating over $100 million in annualized revenue.

In the past month DYDX revenue has rocketed to just under $500 million annualized.

Across the board incredible traction. pic.twitter.com/1rjUl5dCl3

@adamscochran cited the dYdX boom in stating his love for the product.

I love DyDx as a product, it shows the huge value that onchain perps are going to have. But, I think its overvalued compare to the upside potential of others in the space.

China's push on CEXs was a huge gift to the space, that while up large, I think is just starting.

DEXs are currently having a field day in the market because of the Chinese crackdown. It came as a shock to many that dYdX’s volume surpassed that of Coinbase, and it has put DYDX among the tokens to keep an eye on for the rest of the year. As more traders continue to leave CEXs for DEXs, the price of DYDX should continue its uphill climb.