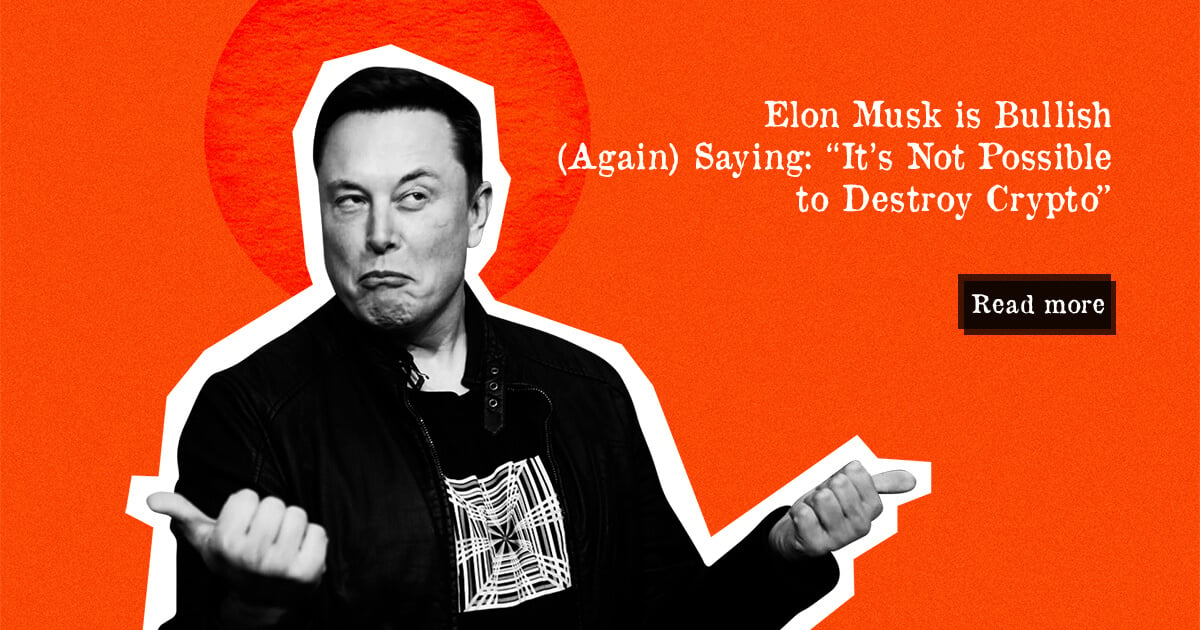 It seems that Elon Musk might be warming up to Bitcoin…again. The self-proclaimed Technoking’s public positioning regarding Bitcoin and crypto in general has been more volatile and erratic this year than Dogecoin’s price action.

As CEO of Tesla, and Chief Engineer of SpaceX – Musk was invited to be a speaker at last week’s Code 2021 event in Beverly Hills, sponsored by Vox Media. During his remarks answering questions as to whether or not governments should regulate blockchain and the crypto space,  Musk flat out replied, “I would say, [governments should] ‘Do nothing.’”

He went on to say that the programmable money asset class has grown too large and spread too far to be stopped.

This is due to the fact that cryptocurrency adoption is growing faster than any other technological innovation in modern history. In a recent Bitcoinist article, former Google employee Michael Levin has provided data on Bitcoin’s rapid growth since its 2009 creation.

Using its first 12 years in existence as a baseline, Levin estimates that Bitcoin currently has about 135 million users with projections to have 1 billion users within the next four years. In the chart below, when the Internet was at the same point in its adoption curve, it took 7.5 years to reach 1 billion users – Bitcoin will do the same in almost half the time.

This is not “hope-ium” – there are data supporting this accelerated growth globally. According to Chainalysis’ second annual Global Crypto Adoption Index, crypto’s adoption in 2020 skyrocketed 881% compared to the prior year.

Chainalysis found that the top five countries for cryptocurrency acceptance were Vietnam, India, Pakistan, Ukraine, and Kenya. The U.S. slid from sixth to eighth in the ranking, while China fell from fourth to 13th — in large part due to its ongoing crypto crackdown.

Musk acknowledged that cryptocurrencies have fallen out of favor with some governments because the inherent qualities of blockchain-based money undermine the government’s ability to control banking, finance, and ultimately the governed. .

Despite governments that may be threatened by the economic equality and promise of financial freedom posed by cryptocurrencies, there are a growing number of countries that embrace it. A separate Chainalysis study found that Europe is currently the largest cryptocurrency economy in the world. While Bitcoin has been accepted as legal tender in El Salvador, and is widely used in Venezuela, Colombia, and Argentina. In addition to those countries, Uruguay, Panama, and Paraguay are continuing to craft and consider various pieces of legislation that would make it easier to use virtual currencies within their respective borders.

Whether you agree or disagree with Musk on everything, we can all agree that it’s too late to kill crypto.

Regardless how you may feel about Elon Musk, he’s now the richest man in the world. While he might no longer be able to directly swing the price of cryptos with a single tweet, he can definitely influence millions of people including policymakers around the world.