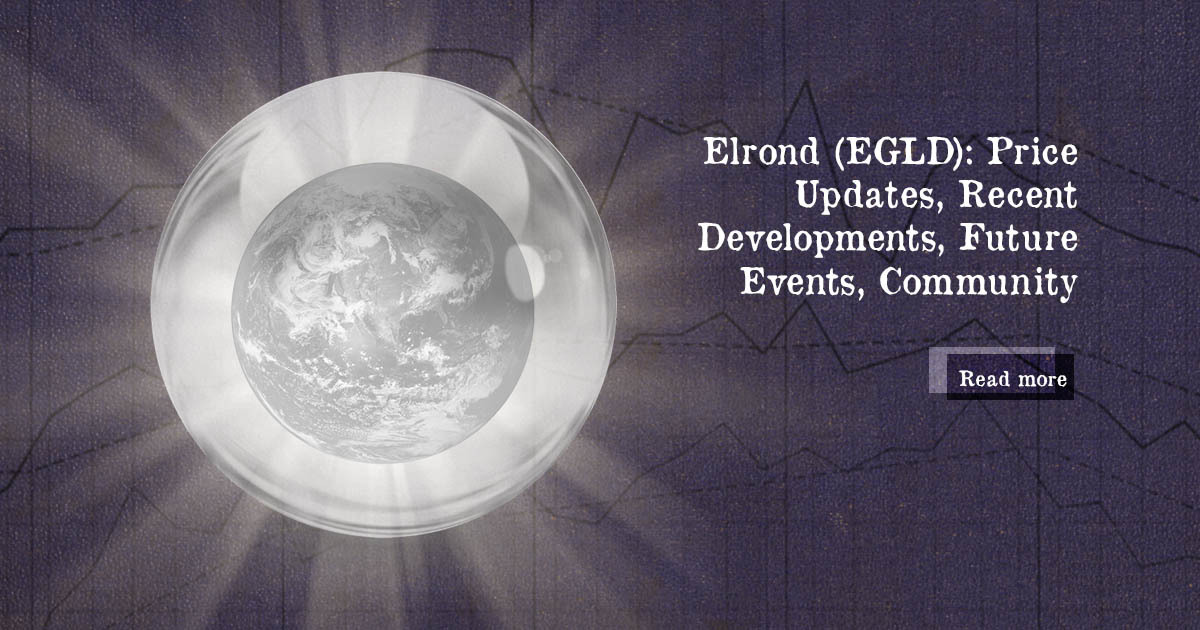 Elrond is a highly scalable, fast, and secure blockchain platform designed for distributed apps, enterprise use cases, and the new internet economy. The network supports the deployment of smart contracts, dApps, and even entire blockchains.

The project has been hailed for its breakneck transaction speeds by using sharding. Since its launch in 2017, numerous projects and enterprises have integrated and used the technology Elrond creates. So, how has Elrond fared in recent times?

The partnership will see Alchemy Pay integrate Elrond (EGLD) into the crypto to fiat payments network. Alchemy currently has over 300 fiat and cryptocurrency gateways with over 200 million merchants in 65 countries and regions.

On September 13, Elrond announced that KuCoin, a secure crypto exchange, had listed EGLD. Deposits, withdrawals, and trading of EGLD is currently active on KuCoin.

In addition to the listing, KuCoin completed the full integration of its systems with the Elrond Network mainnet. As a result, ”KuCoin is thus technically prepared for listing ESDT” (Elrond Standard Digital Token).

Prior to the announcement, citizens of the United States were opened up to direct Elrond (EGLD) purchases via credit cards. Elrond purchases are available in all US states except Louisiana, New York, and Texas, thanks to a partnership with MoonPay.

Elrond Network has announced that it is the blockchain technology partner of Unfinished Festival 2021. The online event scheduled for October 24 to October 31, 2021, will see the international community gather to seek ways to “advance society through more meaningful, transparent, and trustworthy exchanges of ideas and experiences.”

The last months of the year will be interesting for the Elrond community with the introduction of the Maiar App and the Maiar Exchange economic engine. DeFi season is upon the Elrond Network.

Elrond will be moving to internet-scale DeFi with the Maiar App, a web extension for Chrome, Brave, and other Chromium browsers that act as a companion for Elrond dApps. The Maiar App will launch before the Maiar Exchange, a decentralized exchange automated market maker.

After Elrond enters the DeFi space, the project will be looking to integrate DeFi 2.0 into its network. When that is done, lending and synthetics will be available on the Elrond network.

While the MainNet of Elrond launched just over a year ago, the project has built a massive following of firm believers. On Twitter, Elrond boasts over 327k followers. And the DailyCoin team discovered the community members were very pleased with the project as well as its future prospects.

The Project will be a huge success thanks to a strong and dedicated team, and of course an excellent product! Great idea
.@D_love_3 @tajrulislam09 @JuhanJalil

@MulleyHawk shared his thoughts why Elrond stands apart from other crypto projects:

Please retweet to show why we are all going crazy about #Elrond #EGLD pic.twitter.com/xUT5ptRqUU

Another user, @Maiar_Otherside, shared his bullish prediction about Elrond, writing;

If I ever reach 1M$ in net worth with #Elrond, I'm tattoing its symbol on my left shoulder. pic.twitter.com/kze9fi2Uqf

In addition, Elrond has some of the highest community involvement among crypto projects. To involve its community after the KuCoin listing, Elrond launched a KuCoin trading competition.

The competition, which offers up to $30,000 in EGLD prizes, will increase the community involvement of the Elrond project. At the announcement, a Twitter user, @patchlead, wrote;

This is a great way for more people to discover Elrond, well done team.

Elrond is a fast-emerging platform with a lot of prospects for the future. In addition, Elrond has entered interesting partnerships that expand the possibilities for further technological developments.