ہوم Prices Family Offices and Crypto: Just How Real Is It for Old Money?... 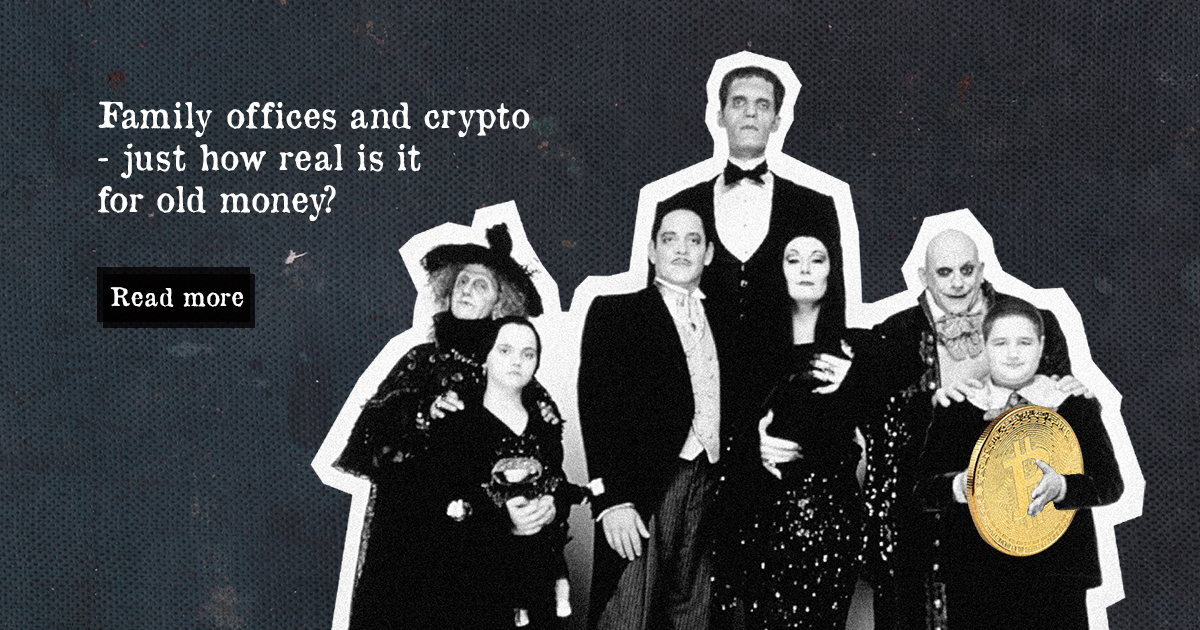 Everyday investors might think that family offices just serve the Baby Boomer generation who own a generous amount of “traditional” wealth and who would never be interested in the volatile and nascent cryptocurrency. However, the reality is quite different – family offices are becoming more involved in blockchain.

Angelo Robles is the host of the Angelo Robles podcast and CEO of a global organization Family Office Association, dedicated to wealthy families. The founder of the family office is a keen investor, active in over 30 different digital assets. He explained that billionaire families’ interest in crypto assets is increasing.

Family Office Association has done events with crypto assets since 2017. There was a lot of interest that year, but when the crypto winter hit and the market significantly went down, the interest faded away for a while. However, the super-rich mostly held firm. As Robles explained, they didn’t get afraid or nervous. If anything, they’re long-term investors that look at crypto as a buying opportunity. They didn’t look so smart for about two and a quarter years, but then COVID-19 came along and a month or two after that it seemed like Bitcoin and Ethereum prices began to explode.

Robles clarified that a lot of the wealthy families who invest have been active not only in Bitcoin and Etherium, but also in Solana this year, and on platforms like EOS. So they are more fluid on cryptocurrencies than they’re given credit for, and what a lot of them are willing to talk about in public. What they say in public may be one thing, but what they do in reality, might be another.

Rich families get information but they make their own decisions and they tactfully manage the risk in their crypto assets because they do want to be careful. They do understand we might have a crypto winter and the market may go down a lot. We all understand that. But until it actually happens, when the rubber hits the road, then we see who is a long-term investor.

Billionaires are interested in more than just Bitcoin and Etherium. They’ve researched other crypto assets, institutional custody, NFTs, and decentralized finance – the bigger picture of what crypto assets could be and the influence they’ll have on changing the world, the economy, and the investing landscape.