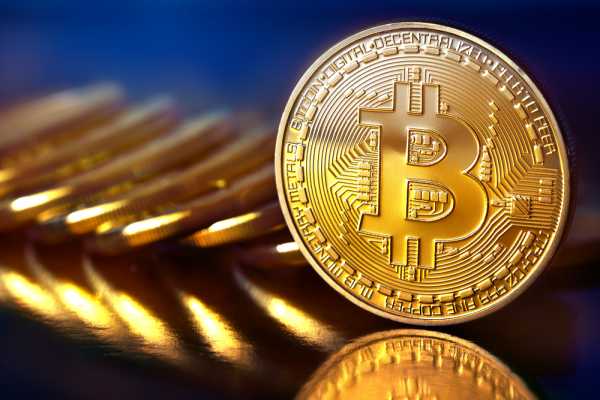 A recent announcement by the Federal Reserve has traditional investors excited and crypto enthusiasts somewhat fearful. Accelerating the cutting of purchases of bonds is rather interesting and shows bullish momentum for the US Dollar. However, it also puts pressure on crypto markets that already struggle for momentum today.

It has been an exciting week for the Federal Reserve, as the organization made an exciting announcement. There has been a lot of talk regarding cutting the purchase of bonds. However, analysts expected this to result in a $15 billion a month decline in bond purchases. On the other hand, the Fed decided to raise the stakes and increase its cut-rate to $30 billion a month. If that isn’t enough, the Federal Reserve expects three interest rate hikes at once in early 2022.

Both of those announcements took a lot of people by surprise. An internal forecast by the regulator indicates this is the right move, despite announcing cutting the buy rate of bonds by $15 billion at first. Moreover, the forecast indicates three interest rate hikes in 2022 and another three in 2023. That is very different from the initial forecast of one hike in 2022 and two in 2023.

The news is very surprising, considering the Fed’s median forecast for inflation was well off the mark (5.3% in reality vs. 4.2% expected). That makes many people wonder if the forecast for unemployment (4.3% instead of 4.8%) will prove viable. Additionally, the unemployment rate should decrease to 3.5% by the end of 2022, which seems somewhat optimistic in the current coronavirus landscape.

It did not take long for major American stock indices to display positive momentum. The Dow Jones, S&P 500, and NASDAQ Composite Index noted growth initially. Although the short-term excitement is to be expected, inflation in the country hit a 39-year-high not that long ago. It seems the numbers do not add up across the board, although it remains early to draw any conclusions on that front.

Cryptocurrency markets exhibited rather strong bearish momentum ahead of the Federal Reserve meeting. More specifically, the Bitcoin market went into the “Extreme Fear” range, highlighting there were some concerns over what would come out of this meeting. Seeing the Fear and Greed Index flash “Extreme Fear” signals overall market sentiment is not positive, making investors less likely to invest in cryptocurrencies.

Investors were already on edge ahead of the Fed meeting, mainly due to expectations over a faster interest rate hike. Moreover, there were some rumors of the Fed winding down its bond-buying program more aggressively than announced before. Even though the announcements are “part of the deal” and nothing new — other than moving up the timeline — it all hints at the US economy becoming more robust.

Unfortunately for crypto market enthusiasts, a more robust US economy could indicate the overall bear market will remain in place. Bitcoin and other assets are still volatile and pose risks to investors. Whether those risks outweigh the benefits is up to individual investors, but the overall market sentiment may keep prices down for a while to come. Much will depend on whether the Fed can keep its promise of three interest rate hikes in 2022 AND 2023.

For now, the price per Bitcoin remains below $50,000 and shows no immediate sign of reclaiming that level. The overall weekly prie trend is -0.5%, which is not too significant for a currency that is widely considered to be “extremely volatile”. However, there doesn’t appear to be any bullish market momentum either, despite over 90% of the supply having been mined as of this week.

Do Not Underestimate Bitcoin’s Versatility

Despite facing potential uncertain market conditions, Bitcoin has gone through worse rounds and come out stronger. Regardless of regulatory uncertainty, China banning Bitcoin mining, or anything else, the cryptocurrency industry tends to recover swiftly from harmful events, either in the financial sector. The network and its technology remain valid and robust, and some may argue the ecosystem has grown stronger for overcoming all of these temporary setbacks.

The big question is whether this rather aggressive approach by the Federal Reserve will make more people lean toward selling Bitcoin. Some may favor a sell-off response, whereas others bide their time and take advantage of this new market opportunity. The Fed news will likely have a short-term effect on the market, but the long-term outcome after irrational fear has been flushed out of the market should be more positive.