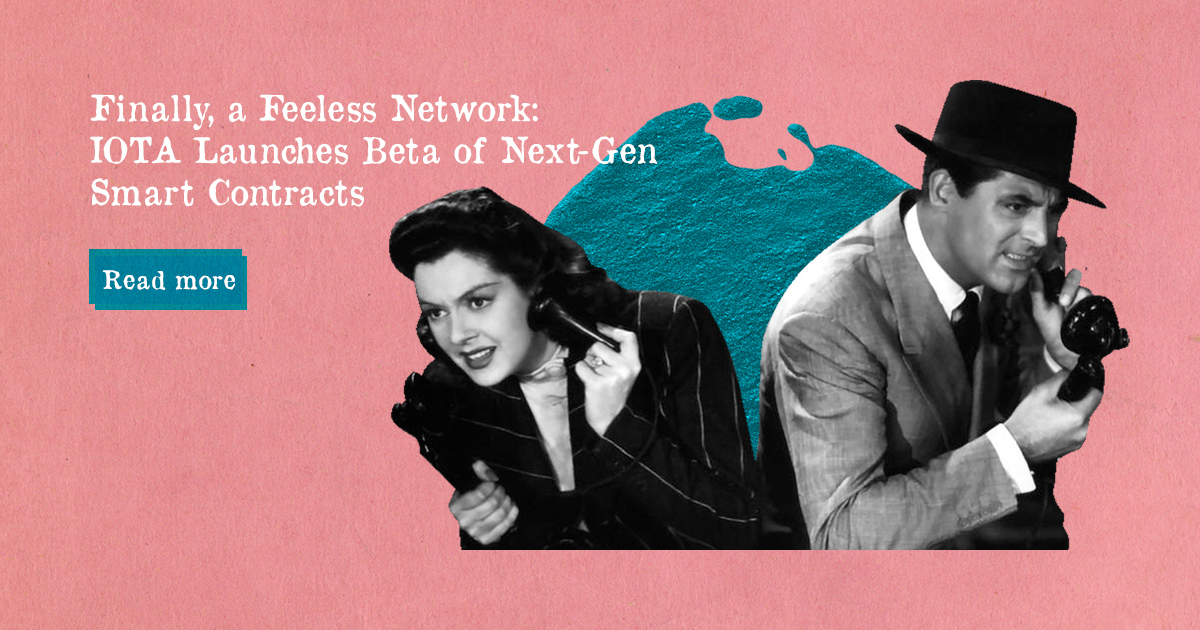 On October 21, the IOTA Foundation announced the beta release of the next-generation Smart Contracts solution that focuses on interoperability, flexibility, and accessibility and is ready for testing.

IOTA Foundation aims to build a new digital economy by redefining how people and devices connect to share information and value. Being not profit-driven, Foundation encourages the creation of standardized and open-source technology.

With the launch of IOTA Smart Contracts Beta, IOTA Foundation makes history by enabling users to create and execute custom intelligent contracts on a feeless network for the first time. The Tangle allows users to set their own smart contract execution fees or go completely feeless.

Unlike on Ethereum blockchain, IOTA Smart Contracts enable developers to set their execution fees. This dynamic pricing creates an incentive to drive costs down since different chains can compete for the work of executing a smart contract. Zero-fee smart contracts become tangible with IOTA’s Beta release.

said Dominik Schiener, Co-Founder and Chairman of the IOTA Foundation.

This choice is in line with the IOTA Foundation’s commitment to interoperability and standardization, two cornerstone principles of the new digital economy.

Power of scalability and interoperability

The IOTA Foundation’s approach to smart contracts represents a shift away from existing architectures. It addresses their inefficiencies, such as the inability for parallel and scalable execution, the failure to run “foreign” smart contracts on different virtual machines, and being hindered by volatile and sometimes prohibitive fees.

The most powerful and unique feature of IOTA Smart Contracts is its scalability and interoperability. The network already offers full sharding, making it possible to scale smart contracts beyond the current limitations on other networks.

By leveraging native tokenization on the IOTA Ledger, all smart contracts can wrap assets onto the base layer. This makes all smart contracts and any digital asset created on IOTA fully interoperable without the need for trusted relays or bridges. This will enable powerful new composability for dApp developers and new possibilities for users to engage in the ecosystem.

With the IOTA Smart Contracts Schema tool, users can input the functionalities they wish to include into the smart contract they are writing and have the system automatically generate and test the appropriate boilerplate code.

High transaction fees were a massive problem for wider crypto adoption. By significantly reducing the transaction cost, IOTA Smart Contracts will contribute to a broader blockchain technology adoption and become a standard in the industry.

The IOTA Foundation’s approach to smart contracts represents a shift away from existing architectures and addresses their inefficiencies to innovate the entire ecosystem, as the use cases of smart contracts are innumerable.