ہوم News Interview Founders of New Kids on the Blockchain talk filmmaking and building a... 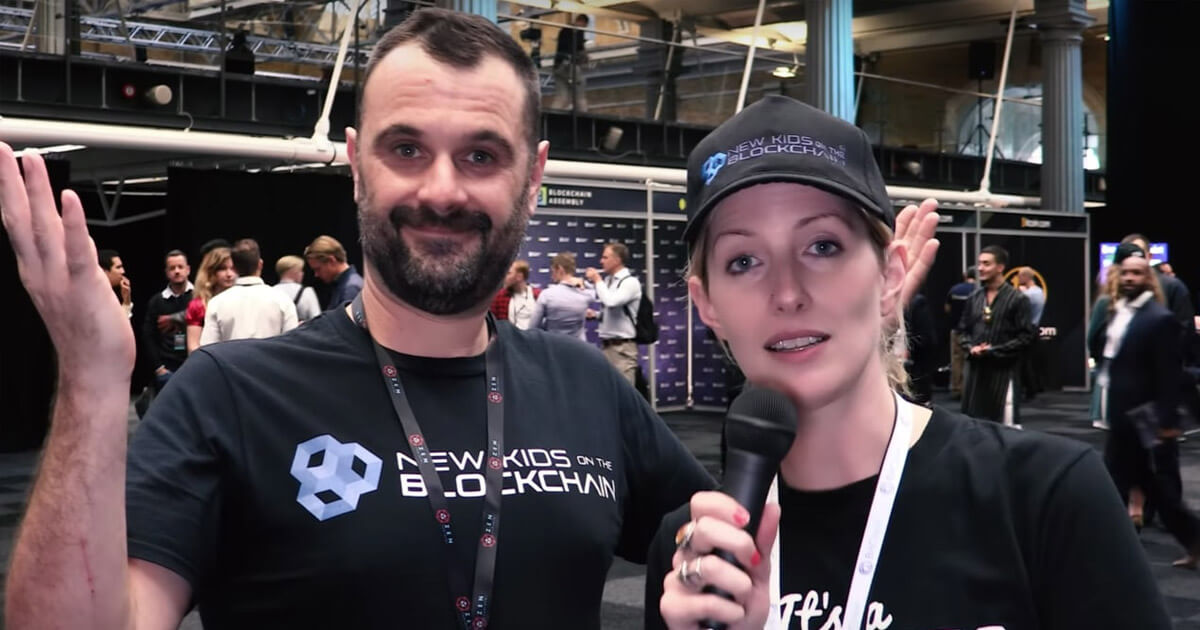 CryptoSlate recently had the opportunity to chat with award-winning filmmakers Ashley Pugh and Lisa Downs who are founders of crypto YouTube channel New Kids on the Blockchain.

In the interview, we discuss:

Q: You are a crypto couple…did you meet through crypto or was crypto something you got into together?

ASH: We met before we got into crypto, actually in Ibiza where we were both at an awards industry event. We were both filmmakers, myself with a long history in film and broadcast television and Lisa more in documentary filmmaking.

LISA: It was back in 2013. I wasn’t familiar at all with crypto at that stage, and Ash knew about it and was interested in it, but had yet to try to buy. As I’m sure most people do, we often think back and go “if only we HAD bought Bitcoin in 2013!” One can dream.

Q: Why did you start New Kids on the Blockchain and Tell us about the inspiration behind your 2019 documentary of the same name?

ASH: It was all a happy accident. We had been producing a number of feature-length documentaries and I had been very interested in crypto since quite early on, but despite trying to buy bitcoin in 2014 (best not talk about why!) found it all way too hard to get my head around.

Then in 2016, I started buying a bit, watching a lot of videos, and not long after found ourselves at the Dash Conference in London. I looked at the madness that was going on as the ICO bubble started to form and said “we need to start filming this.”

We quickly became fixtures at a lot of events around the globe and got to meet and interview an incredible range of people from Roger Ver to John McAfee, and also some of the key influencers of the time. We started chronicling our experience and someone suggested we put some short-form content out on YouTube, as the space moves so fast and feature docs normally take three years to make.

LISA: We found ourselves sitting on a beach somewhere and chatting about how we could do that, so we said “why don’t we create a channel where we can both share our experiences, but do it as a couple?”. There aren’t many females in the space, so that was important to me, and we knew we didn’t want to make another loud yelling ‘Looking for next 1000x altcoin to moon …’ channel, so we took our experience of being documentary filmmakers to create really engaging interviews.

What I think also stands out with our documentary is that we were filming from the inside out – which no one was really doing. There were TV programs and documentaries popping up about crypto and blockchain, but they weren’t made by people who were necessarily IN the space. Just observers. We were really in the thick of it, and so I love that you can really FEEL the excitement and craziness of it all when you watch the doc.

Q: And you are documentary filmmakers first and foremost?

ASH: We love documentaries and have produced a number of films on other subjects as well as our crypto documentary. It’s all about storytelling and there are so many amazing stories in crypto. From the libertarian standpoint and the technology angle, also how ordinary people’s lives have been changed. I was a little too young to chart the rise of the internet, but feel like we have been given a great chance to tell the story of this incredible yet nascent technology.

LISA: For me, it’s just so exciting not knowing where documentaries will end. You are filming a story as it’s unfolding, so we had no idea what would happen with crypto at the time, we just knew it was incredible we were in the middle of this amazing new technology.

Q: You guys create high-end, 4K tv style content every week – why did you decide to do that?

ASH: We decided very early on that if we were going to do a show it had to be 4k and it had to look good. It took us a little while to create our format and it’s an incredible amount of work but people always comment how impressed they are with our professionalism. I guess this comes out of a combined 30 years plus in production.

What was your impression of crypto during the 2017 bull run?

ASH: It was like nothing we had ever seen. I think the montage at the start of our documentary that’s available for free on our YouTube channel, really sums it up. People in Lambos, people changing the world, money flying around, projects clamoring to sell their tokens. It felt like being in some crazy casino that was paying out on every spin…..well until it wasn’t anymore lol.

LISA: I really just didn’t know what to make of it! It didn’t seem real – again we talk about this in our documentary – you’re looking at these numbers on a ledger that says you have ridiculous amounts of money, but it just doesn’t seem real. I know until you cash out it’s not, but it’s so hard to comprehend what’s happening, and all these projects and ICOs just coming and coming,….it was crazy.

How does this bull market feel different from 2017?

ASH: Funnily enough we are making a follow-up feature that is charting this too. The explosion of DeFi has been incredible and the meteoric rise of some of the projects and tokens has been very similar but there have been a lot bigger players in the game this time.

Crypto seems to have grown up a bit but is still in its awkward teenage years. Also if the ICO was the wild west then some of DeFi was the dangerous bar on the corner with the rigged card game where you could make your fortune, or get shot at any moment. The whole ‘rug pull’ phenomenon was incredible. It’s starting to run out of steam and I think everyone can feel this but again a lot of the good projects will thrive and a lot will die off and the next cycle will start.

LISA: I feel like people have learned a lot in terms of how to deal with a bull market, how to emotionally handle it, and people are more sensible when it comes to taking profits and not being as greedy. It also feels like the projects that have had those years of development, have a better understanding of the technology and what’s possible.

We are really starting to see some great real-life use case projects coming out and projects that actually feel like they have a chance of surviving in the long term.

Q: What responsibilities do you feel as a Crypto Influencer?

ASH: We have tried to avoid just shilling projects. We do have sponsored projects, as we need to cover our production costs, but we always try to make the content as informative as possible and allow people to make their own decisions based on the information provided.

LISA: And even then, our sponsored projects are ones we have said yes to. We’ve researched them, looked at the team, looked at their white paper and their road map, so our audience can still be confident in what we’re talking about, even if we don’t claim to make people millionaires in 48 hours.

How important is your New Kids community to you?

ASH: We have a relatively small but very loyal following and we very much appreciate them. We have also met an incredibly wide range of talented people across the globe on this journey and are very grateful for this.

LISA: That’s what has been really lovely about this YouTube journey is actually getting to know some of our community, meeting them in person and at events. It’s like this community feeling of “we’re all in this together!” – I think most of our community lost 80% of their portfolio in the last crash so it’s like “Yep, we get you, I feel ya!” and now we have all experienced this new bull run together which has been great.

Do you think crypto is getting closer to being adopted by the mainstream?

ASH: It’s definitely getting more mainstream and the tech is getting less mind-bogglingly complicated to use, if you exclude DeFi farming, but it’s got a long way to run until it can be used by anyone. That said my mum did ask me to buy her some BITCON recently and no that’s not a typo, lol.

LISA: I think there is definitely still a lot of resistance, especially from banks and those institutions that it’s threatening, but I think as we see this resistance increasing that just means the threat of it becoming more mainstream is getting more real – so I think that’s a great sign it’s getting closer. It’s still ridiculously complicated in a lot of ways so there is a long way to go, but that day will come.

What do you predict for crypto by the end of 2021?

ASH: I think there will be a similar repeat of last time, a hard pull back and a Darwinian culling of the raft of copycat projects we are seeing daily. The sort of growth we are seeing is unsustainable and I’m sorry to say that many new projects we are being presented seem like cheap copies of what we have seen before.

At the end of this cycle, the learning will be taken and crypto will probably encounter another bear cycle as everyone goes HODL and BUIDL but as always….the strongest survive.

LISA: Hopefully Dogecoin is out of the top 10! Ha.

How a Canadian nursing student launched Ass Finance and built a community of 100,000+ token holders | CryptoSlate

How Constellation is perfecting blockchain onboarding for big enterprise | CryptoSlate