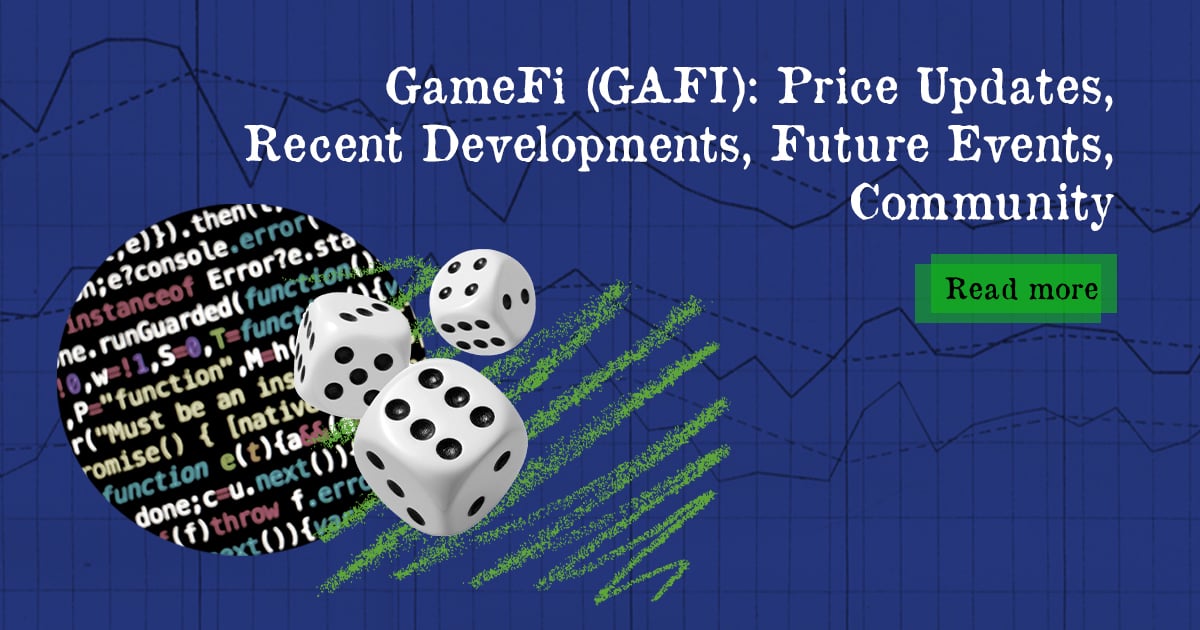 Traditional gaming solutions have explored blockchain gaming as they gradually make the switch. The rise of NFTs and the financial incentives these games provided made them get mainstream recognition.

Play-to-earn came to prominence in 2017 with the popular CryptoKitties, whose mass adoption eventually clogged the Ethereum blockchain back in 2017. However, as more developers test the waters with amazing releases in GameFi (a term used as a combination of Blockchain Gaming and DeFi), there became a need for a solution to become an aggregator.

GameFi solutions for blockchain gaming allow players to monitor the latest releases across platforms and get the best NFT deals. Developers are also exposed to the right technology and education that will put them on track. In addition, the GameFi marketplace auctions unique NFTs across platforms, making it easier for users.

GAFI is the native utility token of the GameFi platform. As an innovative project that sets out to unify gaming protocols, its token, a one-stop solution, is in high demand. As a result, the price of GAFI has been on a steady rise, growing over 100% since September 10th. GAFI is trading at $47.97 against $20 on September 10th.

The price of GAFI surpassed the $60 resistance level, setting an all-time high for the token of $68.08 on  September 19th. Bulls are gearing up to see the token go above the $50 level in no time.

By the end of the year, the token’s price is expected to go on a massive price rally. Holders of GAFI are very optimistic about the project; @doharis19 wrote;

This project is as beautiful as the moon and it will fly to the moon. #Heroverse #GameFi $HER $GAFI https://t.co/P5Ehm5lKQs

The team behind GameFi is rolling out protocols that will increase the gaming experience for users, developers, and investors.

GameFi has launched its Mirai game studios to improve gaming for all participants. The studio sets out to get more people involved in the metaverse. The development of the metaverse hasn’t had mass adoption around the world.

Mirai Studios has 40 members across different gaming categories to develop mini-games and get them integrated into the GameFi ecosystem.

The platform has also launched its launchpad, which is one of the core pillars of its operations. The launchpad will stand new blockchain-based games on their feet and help younger developers thrive in this capital-intensive sector.

In the future, GameFi plans to launch its marketplaces, another pillar of its development. The marketplace will be a vast collection of NFTs for users. In addition, the yield guide and scholarship program will launch in Q4.

GameFi, as a leading blockchain gaming project, has one of the largest communities. On Twitter, GameFi has over 155k followers and over 93k on Telegram.

The DailyCoin team discovered that the GameFi community is full of firm believers. One user on Twitter, @moshenickkz, wrote about the project:

This is a very strong and trustworthy project, for those who have not yet participated in this project, participate very quickly.@q7Rg8xPutObsHpy@KhatskoVladimir#Heroverse #GameFi $HER $GAFI

Thank you for sharing these opportunity @GameFi_Official. This is an excellent project, let's take it to the moon

Blockchain gaming is the future of gaming. Play-to-earn is a model that rewards users and thus leads to mass adoption. However, a platform that integrates all will stand out among the pack in the sector.