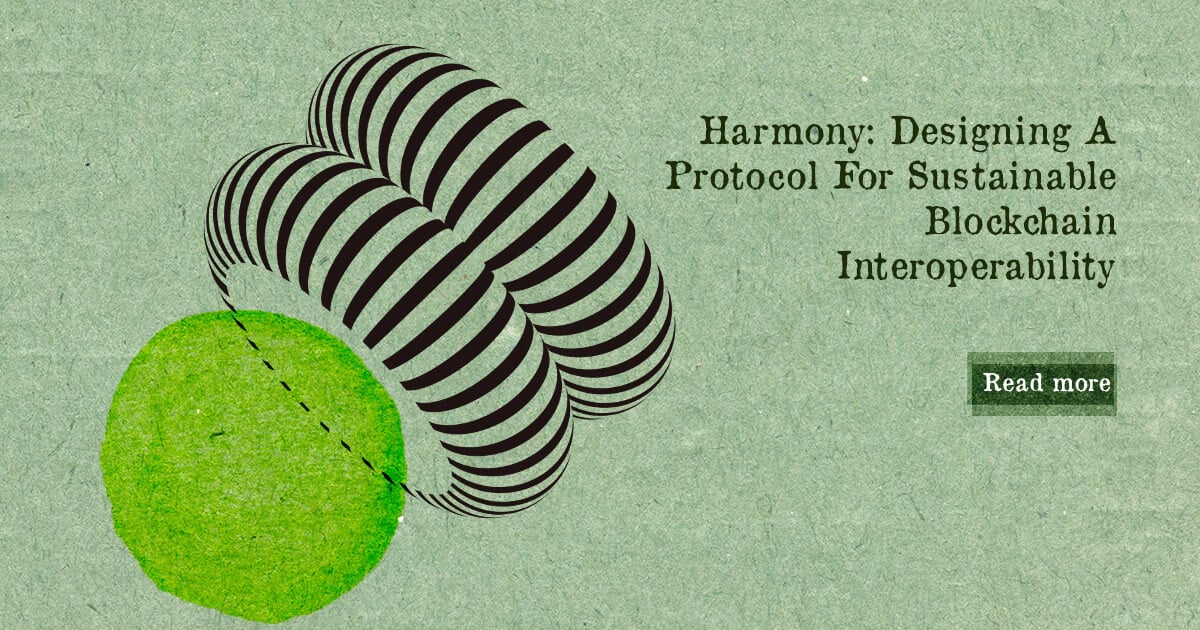 Blockchain was developed to achieve the hopes and aspirations of technological visionaries. Within a year, blockchain witnessed two epochs through the extension of DeFi and NFTs.

New blockchain start-ups emerge and fade, while attention is diverted towards superficial meme-like projects that add no tangible network value. However, some blockchain entities have focused on building value before fame.

Building for Our Future Selves

Blockchain is characterized by its fast-paced environment where user demands rapidly shift due to the gold rush mentality. However, as Li Jiang, COO of Harmony, noted in his exclusive interview with DailyCoin’s CEO Martynas Kasiulis, blockchain innovation happens “10 times or 100 times” faster than in other industries due to the unknown discoverable variables.

Developing a solid infrastructure with a long-term vision necessitates an approach that accounts for the rapid evolution of the space. Li emphasized that Harmony is set up to be a long-term assignment, stating:

In just over a decade, researchers have identified the most efficient integrations. Harmony has the properties of attributed blockchains as it is sustainable, scalable thanks to sharding and operates using a proof-of-stake consensus. Yet, the company is looking past the current practices of the industry, instead envisioning a future where a section of the mass adoption stage is unlocked by blockchain interconnectivity.

As such, Harmony is striving to build something sustainable, that will endure, and that the community can build with for a long time. Unity and interdependence is the end game for Harmony, as it will facilitate the creation of a “multichain world” where multiple ecosystems are linked and operate as a single decentralized system.

Keeping Low Until The Work Is Done

Li explained that the whole space is growing and he believes there will be room for a lot of players as new opportunities arise and user demands rapidly change.

Currently, the crypto space is a “speculative industry,” where people invest in the “what-ifs,” similarly to what transpired during the so-called dot-com bubble. Li mused:

In this way, the loudest entity is not always the most innovative or the most lucrative. Even Dogecoin’s creator has criticized the industry for being a “hyper-capitalistic technology” that builds on people’s naivety, as shallow projects filter through the noise, while those with applicable attributes fall through the cracks.

Still, Harmony’s envisioned position in the crypto space is “not to be a meme that will be top 10 in the next two weeks” but rather a project with a rooted vision that gets “better over time.”

As American entrepreneur and creator of WordPress Matt Mullenweg once eloquently put it: technology is best when it brings people together. Technological bridges are facilitators to sustain robust global progression in the new digitized society.

Li Jiang says that Harmony is following a similar pathway as they strive to compound. He mentions:

While the underpinning blockchain technology is already partly rooted in the methodology of early adopters’, Harmony believes that it can differentiate itself in the industry by “becoming the connector” and bridging a multitude of ecosystems to work in unison.

Li argues that all the separate blockchain bits are not yet seamlessly and completely tied together, and Harmony is aiming to develop a protocol that becomes the network glue and ties all these ecosystems together within their infrastructure layer.

In short, technological progression could occur from a sudden “everything’s compossible.” Anyone can alter an open-source project to be better than the original. Moreover, the forkability of the network gives an innovative boost as developers will already have a foundation to build on.