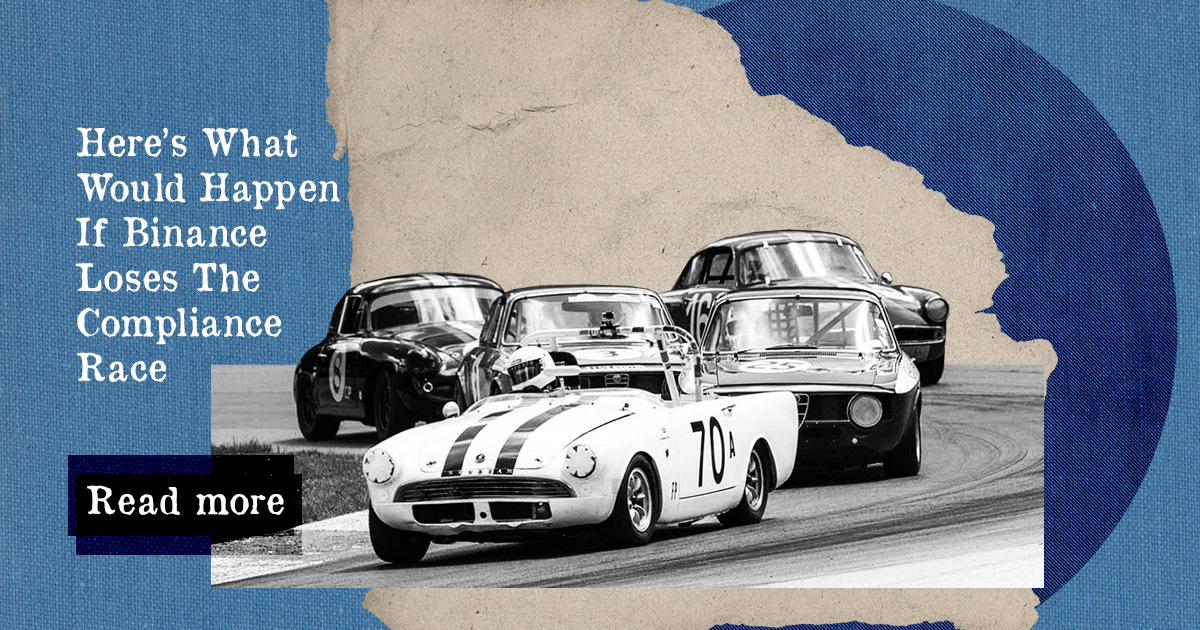 Binance is being monitored after regulators continue to discover irregularities in their business practices. In addition, cryptocurrencies are a new asset class, and a legal framework has yet to be fully installed. Each country is elaborating its own stance on digital assets making exchange compliance a hard-to-achieve model. Interacting with speculative assets is thus risky from more than one viewpoint as market interaction is not fully defended.

Binance Finds No Way to Go

Binance is the largest crypto exchange by daily trading volume with $14 billion active trades. In contrast, exchanges such as Gemini amount to only $117.7 million; however, according to Bloomberg, Cameron Winklevoss stated, companies like Gemini are trying to win the “long game” of compliance.

Increased regulatory action in countries such as Japan, Thailand, the Cayman Islands, and the U.K. prompted Binance to increase its regulatory compliance team. While such action is a sign of crypto maturity and emergence into the mainstream, CZ, Binance’s owner, ridiculed “regulators’ in a tweet.

Still, Binance has reaffirmed its status of inclining towards higher compliance standards. Despite their attempts, the payment solution provider Clear Junction, followed suit with Barclays and Santander Bank in the U.K. to cease processing payments for Binance after Britain’s Financial Conduct Authority concluded Binance does not conduct any regulated activity.

The regulatory landscape is hard to navigate for cryptocurrencies. Despite inclining towards governing standards for increasing their compliance standards, exchange scrutiny is biased. Binance released several compliance plans, some of which are currently being enforced, such as the Binance academy or “doubling their regulatory compliance team.”

What If Binance Doesn’t Lead the Pack…

The Binance effect “when Binance” was governing in 2018 was similar to the current Coinbase effect. BitGo’s Horowitz, argued that competition is placed aside when it adds value to the entire industry. However, as Gemini’s CEO argued, crypto exchanges are in a “race” ensuring only one will become the standard after complete compliance is achieved.

FATF, an AML watchdog, is reviewing the current crypto landscape; however, DeFi’s emergence blurred the lines even further in the market. Binance is a centralized institution and is bound to a strict regulatory framework. The exchange is under pressure for regulators because it represents the staple of crypto transactions. Any global outcome for Binance will set a precedent for other crypto exchanges.

Binance’s legal incorporation has been debated as there is no central headquarters. According to a WSJ article, Binance users were locked out of their accounts during Bitcoin’s dump, leaving them unable to exit their positions. The Verge argues, “Binance can screw its users” without any consequences because they are unregulated.

Such activities have happened with regulated and compliant exchanges. Kraken has obtained its bank charter status in Wyoming, and other exchanges are lobbying for a fairer game by establishing the Virtual Commodity Association. Still, the current action of U.S. exchanges seems to be a way of cleaning their record for their past actions.

If Binance will crumble and exist, the game is a long-sighted question. Compliance entails anonymity, and privacy will no longer exist, and crypto traders and users will be susceptible to the same AML rules as banks. Furthermore, Binance users will be scrutinized based on their location, meaning the playing crypto field will seek to be concentrated within the U.S.