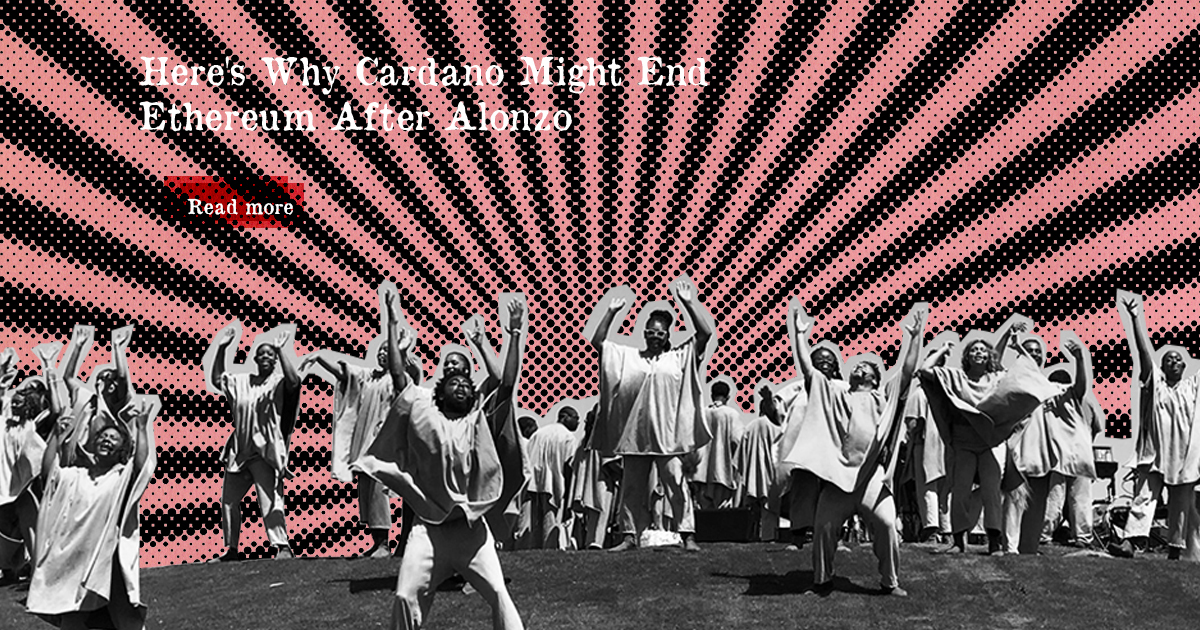 With Ethereum showing its technological incapacity of servicing significant network demands, anticipation for a new blockchain ecosystem is simmering. No self-titled “Ethereum killers” have adhered to the expectations of hash technology set by the crypto community. Cardano is nearing the end of the Shelley era and will release its much anticipated Alonzo hard fork update, enabling smart contract functionalities on the network.

Following a successful Alonzo hard fork update, developers on Cardano will be able to deploy smart contracts on the Cardano mainnet, entailing adherence to current blockchain trends. Thus, enabling smart contracts, users and developers can unlock blockchain byproducts, including but not limited to NFTs, DeFi platforms, and other emerging trends.

To ensure a seamless implementation, Cardano distributed the Alonzo update into three color-coded phases. Alonzo Blue, White, and Purple were designed to find network bugs in the network and reduce implementation and architecture failures. Essentially, each phase adds additional users to the testnet to expand the debugging process.

In a video update on the Alzono hard fork, Charles Hoskinson noted that “Everything’s green and go, we’re on schedule,” indicating Alonzo can be successfully deployed on the mainnet on September 12th.

Plutus is the framework to enable smart contract deployment on the network and will be added during the Goguen era. According to an IOHK announcement, Plutus Core is used for defining EUTXO parameters and helping establish the smart contract code. The Plutus Application Framework (PAF) will also provide seamless access to network applications and services.

Additionally, Plutus and Haskell, Cardano’s programming language, will implement the same language code off-chain as well as on-chain. Unlike Ethereum, which requires Solidity knowledge, general code written on Haskell can be implemented through Plutus plugins. As a Reddit user notes, the experience of deploying smart contracts is made seamlessly.

Etheruem is transitioning to a Proof-of-Stake consensus. Cardano applied the consensus mechanism in the early development stages. Yet, both network infrastructures have mishaps in negotiating user’s demands. For example, while Etheruem’s EIP-1559 did not solve high gas prices, Cardano has built a notoriety for progressing low transaction fees, despite not having a smart contract functionality until now.

The end of the Shelley era adds much-demanded functionalities to the Cardano network. Glauber Contessoto, the Dogecoin millionaire, told CNBC that he would “start buying up as much Cardano as humanely possible,” as he envisions a possible flippening of smart contract platform preference.

Accepting a new and unproven blockchain ecosystem as a new standard requires user habit modification. Unfortunately, as a green Bitcoin alternative, Cardano is yet to be proven. Charles Hoskinson, the co-founder of Cardano, suggested that Tesla “should” accept ADA as a payment method to the detriment of competing cryptocurrencies.

Yet, Cardano has the edge over Ethereum and Bitcoin, specifically due to low transaction fees. Cardano integrated with NowPayments as a way to incentivize ADA transactions on the e-commerce platform Shopify. Their approach enunciates Cardano’s dependence on low fees in comparison to other cryptocurrencies.

Thus, after Alonzo, the question of “what if?” will change to “when?” as Cardano will match and even enhance Ethereum’s capabilities. Blockchain networks like Polygon, Matic, EOS, and TRON have tried to challenge Etheruem’s market dominance but failed short. However, Cardano’s enhanced cult-like following could contend with Etheruem’s lack of seamless operations but only if the community will trust Cardano’s programming differences.

Cardano increased by 1668% in the past 8 months as users expected the network to adopt smart contract functionalities. Cardano’s interoperable and low transaction fee value proposition can attract new users as blockchain byproducts such as DeFi and NFTs bring in more users across multiple ecosystems. However, Etheruem’s first mover advantage is yet to be disputed.