ہوم Coins Altcoin News How Is DogeCoin Even Making It? — DailyCoin 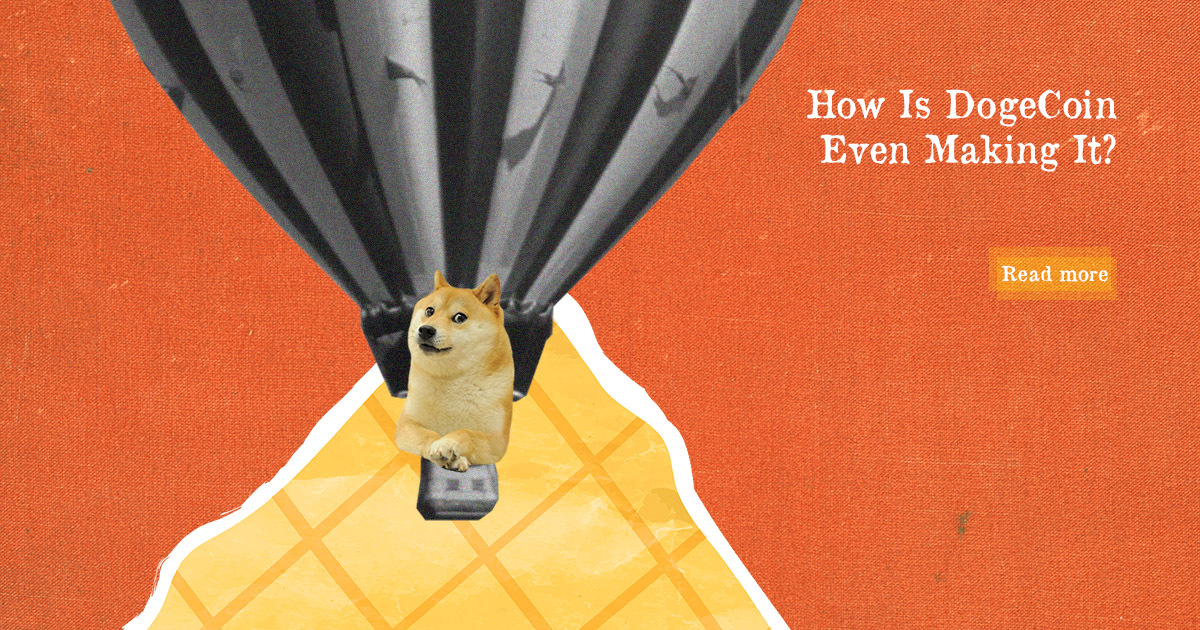 Digital communities have shown they have the means to challenge institutional investors after a Reddit community initiative short squeezed a millennial stock, GME. Dogecoin was the object of another dilemma after Elon Musk helped grow its reputation. Yet Dogecoin’s rise to stardom fell short after Elon Musk dropped the meme coin army during his SNL appearance. Nonetheless, Dogecoin continues to prime in the crypto sphere.

Doge Is a Sport-Ready Token

Dogecoin swayed every industry as it became the locus of attention for every newbie or vested investor. Now it has entered the big leagues, specifically the Premier League. As The Athletic reported, Dogecoin will feature on the Watford FC sleeves during the 21-22 football season. Its remittance is part of Stake.com’s partnership with Watford, which amounts to roughly $700,000.

Dogecoin’s community involvement with sports dates back to 2014 when they raised $55,000 to sponsor NASCAR driver Josh Wise to compete at the Talladega Superspeedway. Moreover, Dogecoin continues to show support for NASCAR by sponsoring Stefan Parsons at the Las Vegas Motor Speedway, even conceiving a DOGE branded car.

Unfortunately, although the idea helped Dogecoin gain global recognition and was a good marketing tactic, Parson crashed his #99 DOGE car during a Nashville race, mirroring DOGE’s price action after Elon Musk refuted it on public television.

Is Doge Considered as Payment?

It is no secret Dogecoin can be considered superior to Bitcoin and Ethereum because it offers low transaction fees. For example, Justin Sun offered Space X $50 million in DOGE to launch BTT and TRX satellites. His tweet was a reaction to SpaceX’s approval of the DOGE-1 spaceship, which will launch in 2022.

Dogecoin’s social network effects have prompted other businesses to follow suit and accept it as payment. While Tesla has no intentions of accepting DOGE, Bots Inc created a payment method to connect DOGE to Tesla. The global blockchain solution company announced it would allow car dealerships to accept DOGE as payment for pre-owned Tesla EV’s.

Dallas Mavericks also accepts DOGE and other cryptocurrencies as a payment method via BitPay. The NBA team is owned by venture capitalist Mark Cuban, a blockchain and crypto devotee, investing in both DeFi and NFTs. What’s more, Cuban stated that DOGE is the “strongest” cryptocurrency as a “medium of exchange,” despite owning only $494 worth of DOGE.

Cuban is seemingly following Elon Musk’s antics and challenging his Dogecoin throne. He announced a summer Mavericks sale, with a special price for those paying in Dogecoin. However, billionaires’ ecstatic influence over DOGE can has caused community members to express their concerns, with Cuban claiming he only “shills” his company’s crypto-friendly products.

Crypto Twitter is actively warning users of the number of scams in the market. They point to projects that seem like a pyramid scheme or have no intrinsic value, such as Dogecoin. Yet, brokerage data shows DOGE is the preferred crypto trading token.

In their Q2 earnings report, popular millennial trading platform Robinhood revealed 62% of their cryptocurrency revenue comes from Dogecoin trading. What’s more, crypto accounted for 50% of their transaction fee revenue model. However, what’s staggering is that Dogecoin only accounted for 34% of the crypto trading profit in Q1, highlighting an 80% performance improvement.

Nevertheless, despite Dogecoin’s mixed perception, the cryptocurrency has a lot of market interest as eToro and Robinhood listed the token due to high customer demand. It still holds onto the Top 10 coins by market cap despite losing more than 70% since its all-time high.

Crypto trends are unexpected and any currency, regardless of its worth, can rapidly increase in price without any technological backing. Token prices are speculative and are driven by external societal factors.