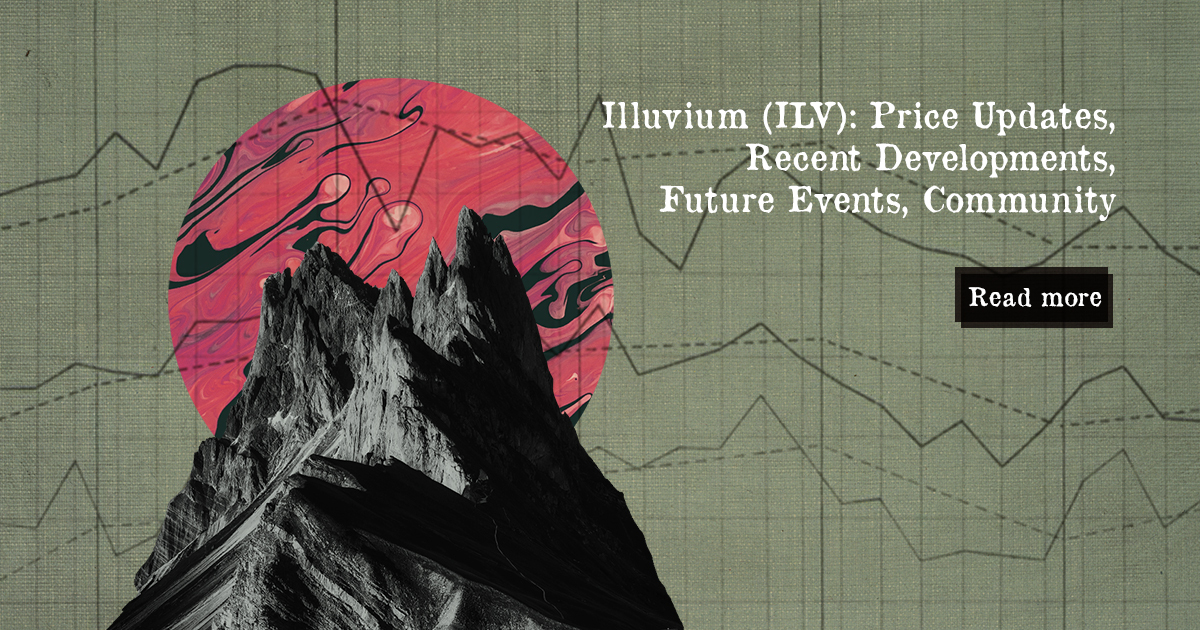 Illuvium is a decentralized game studio that combines online gaming and cryptocurrencies. Illuvium is often lauded as the first AAA game on Ethereum. The upcoming blockchain game combines traditional RPG collection games with the mechanics of the ‘auto battler’ genre, and the vast landscapes seen in open-world games.

The Ethereum-backed auto battler game will let players wander into dangerous places to hunt and capture NFT beasts, the Illuvials.  The beasts can then either be used to battle in the arenas, or sold on the marketplace for profits.

Illuvium, an open-world fantasy auto battler built on the Ethereum blockchain, has been in development since 2020. Although the game is scheduled to launch in Q1 of 2022, there has been significant growth on the network.

On September 22nd, the premier crypto exchange, Binance, announced that it had listed ILV, the main token used for governance and as rewards for players’ in-game achievements.

The ILV is currently being used to vote for the 3rd Epoch of the Illuvinati Governance Council. The tokens were used for the 1st and 2nd Epoch elections.

One of the most profound events on the network has been the addition of staking to the network. Individuals who stake their tokens will see 100% of in-game revenue distributed back to stakers in the form of $ILV after a 12 month lockup period.

When staking was initially announced, Illuvium stated that a total of 3 million ILV, which is 30% of the maximum supply (10 million), will be allocated to the yield farming program over 3 years. Since staking went live, over $533 million in ILV tokens have already been staked.

Illuvium is coming! The launch of the auto battler game will mark the most prominent event on the network since its launch. According to Illuvium, the blockchain game, which was initially scheduled for Q4 of 2021, has been delayed to Q1 of 2022.

According to Illuvium, the open beta of the game will launch on PC and Mac first. The launch will introduce gamers to the world of Illuvium, inhabited by creatures known as Illuvials.

On the flipside, the closed beta is still slated for October 2021. Additionally, Illuvium is expected to launch its first full-auto battler gameplay trailer before the closed beta, giving users an idea of what to expect.

Illuvium has since announced that a “second major Illuvium title” will be released in 2023. However, all dates remain subject to change, dependent on development issues that may arise.

Even though the game is yet to launch, the Illuvium (ILV) token has experienced significant price growth. The token was valued at $72.7 in January but is now trading at $479 as of the time of writing.

Over the last seven days, ILV has gained more than 9%, giving Illuvium a market cap of $304.2 million. Illuvium is now ranked as the 238th most valuable crypto project.

Ahead of its 2022 launch, the team behind Illuvium has done a fantastic job of keeping its community hyped about the project. There are also numerous giveaways and airdrops to keep the community in suspense. As a result, Illuvium is one of the fastest-growing blockchain games.

On September 9th, Illuvium announced that it had hit 100,000 members on Discord, despite having just 15,000 members in March. Illuvium has now amassed more than 93k followers on Twitter, 135.4k on Discord, and 13k on Telegram. Members are hyped about the Illuvium network. @SaminCrypt wrote;

I just can’t wait for my first @illuviumio nft. Thanks for making me feel like being 10 years old again and waiting for my first pokemon game.

In addition, the Dailycoin team discovered that there is great involvement in the Illuvium community, keeping members active.

Community member questions are also answered on Twitter. For example, when @alexisrebeat enquired about the launch, the official Illuvium handle provided answers.

Similarly, when @illuviumio asked about the launch of the game, Illuvium once again provided the answers;

Can't wait to play Illuvium!! When launch when launch !!

Even before the launch of Illuvium, the blockchain game has gained more traction than projects that have already been launched. This says a lot about the development team and the amount of work behind the project. Following its launch, Illuvium seeks to become one of the leading blockchain games.