ہوم Coins Bitcoin In A Flash, Bitcoin Can Become The Default Digital Reserve Currency Of... 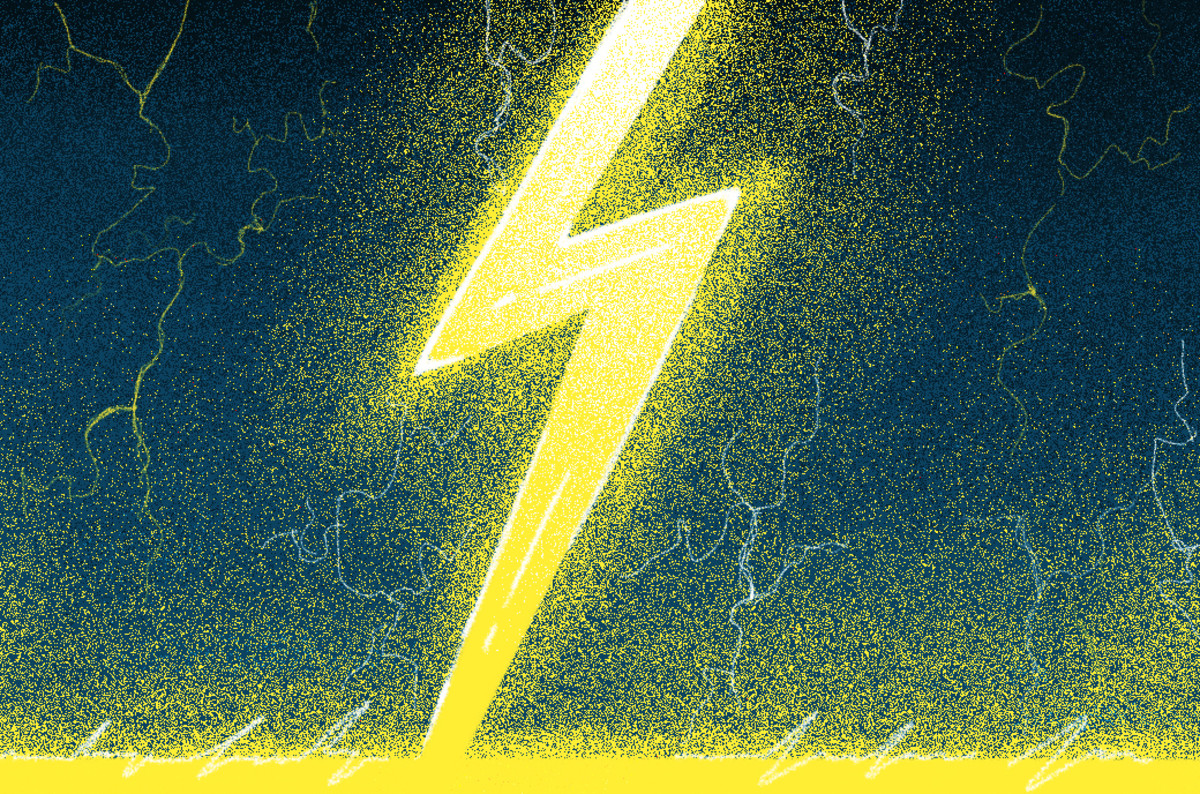 Bitcoin is king — it is still the best performing asset of our lives. It has silenced its harshest critics and only continued to grow in adoption, usability and relevance. The fact that bitcoin has achieved all this in only 12 years is remarkable. However, there is a very real specter that has been haunting the Bitcoin blockchain since its inception: speed. As adoption continues to bring billions in institutional money, retail, venture capital and now even entire countries into the Bitcoin ecosystem, we are facing the congestion and throughput problems many feared would keep bitcoin from achieving all its lofty revolutionary goals. Despite this, and even despite the rise of altcoins and the scalability challenges facing bitcoin, it will continue to build upon its successes and inevitably become the primary digital reserve currency of the world economy. How? With a bolt of Lightning.

If a blockchain network cannot scale to meet the needs of the global, digital economy, there is no hope of achieving mainstream adoption. There are many measures for scalability, but the most common is throughput (transactions per second or TPS). For context, Visa’s payments network can process an estimated 24,000 transactions per second, though in reality only needs to complete about 1,700/sec. By comparison, Bitcoin processes between four and five transactions per second—in other words, Bitcoin is painfully slow. Bitcoin’s latency is in large part what motivated the rise of altcoins: Cardano, Nano and Solana, to name a few, all advertise high transaction throughput in comparison to bitcoin.

Many Bitcoin users would argue that speed isn’t the ultimate aim for bitcoin, whose primary purpose is to serve as a store of value and a hedge against inflation. Admittedly, there is a real need for preserving wealth through time to dodge the ravages of fiat currency inflation that have wreaked havoc on countries like Venezuela, Zimbabwe, Argentina and Iran. However, Bitcoin purists never doubted that Bitcoin should also live up to the original vision of a peer-to-peer electronic cash system laid out in Satoshi Nakamoto’s Bitcoin white paper.

So, how does bitcoin arrive at this vision as a global currency and means of exchange, in addition to a store of value?

The Bitcoin Cash hardfork was one potential solution to scalability: By increasing block size, more transactions could be included at a time. However, Bitcoin Cash can still only process a meager 116 transactions per second (it also failed miserably in the adoption test). Enter: the Lightning Network.

The Lightning Network works by offloading capacity from the main Bitcoin blockchain onto a second layer of payment channels. Since Bitcoin’s scalability issues are driven by the fact that each transaction has to be broadcasted to the entire network and included in the main Bitcoin blockchain, by utilizing Lightning Network, two entities can open a payment channel between them to enable instantaneous and frictionless payments. The only time transactions are broadcasted to the entire chain is when they open or close a channel. Lightning’s real magic lies in the fact that you don’t have to open a channel with someone in order to transact with them. The network knows how to send money across existing channels from sender to receiver. Say Alice and Bob have a channel, and Bob and Charlie have a channel, Alice can pay Charlie by hopping through their mutual friend Bob. Suddenly, those 4.5 transactions per second can scale into the billions.

Now the efficacy of Satoshi’s original vision becomes plausible. The case can now be made unequivocally for bitcoin as a viable digital currency usable in everyday life across the globe. The Lightning Network’s adoption has grown exponentially, nearing 13,000 nodes and $60 million in total locked bitcoin, and is offering solutions to Bitcoin’s scalability to places like El Salvador, Vietnam, the Philippines and many other nations in desperate need of alternatives to their national currencies. The Lightning Network now even seems to be garnering the attention of mainstream players as Twitter is eyeing the implementation of the protocol into the platform.

Even with the Lightning Network in use and growing in popularity all the time, there still stands other obstacles bitcoin must overcome to become the digital reserve currency of the world. Ever since Nixon broke the U.S. dollar away from the gold standard in 1971, USD has been in a state of inflation, now losing nearly 4% of its value year over year. Indeed, inflation is inevitable with any fiat currency, but the rise of digital currencies like bitcoin presents an alternative that is immune to fiat’s failings.

One Coin To Rule Them All

As the Lightning Network grows in adoption, bitcoin will realize Satoshi Nakamoto’s original intentions as a store of value and means of payment. Already, we can see multiple reasons why bitcoin is expertly positioned to be a dominant form of currency. It is often the first cryptocurrency acquired by those new to the crypto space. It is the most well known, highly regarded and commonly held cryptocurrency in the world. Bitcoin also has endless use cases as a universal form of exchange on almost all centralized exchanges, DEXs and nearly any DeFi platform one can find. With the additional help of a fast, high-throughput overlay network such as Lightning, bitcoin has the potential to become the global reserve currency of the future.

This is a guest post by Sagi Bakshi. Opinions expressed are entirely their own and do not necessarily reflect those of BTC, Inc. or Bitcoin Magazine.