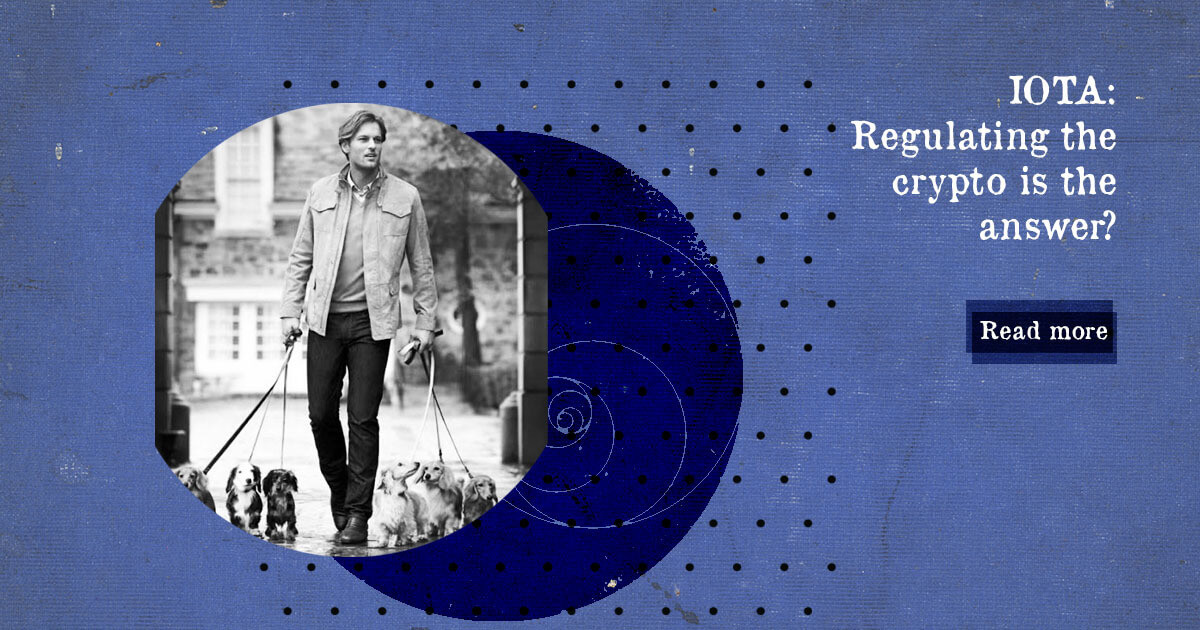 Even though regulations bring a degree of clarity into an as of yet unregulated crypto world, there are some concerns that the crypto industry could be negatively impacted by constant change in the regulatory environment.

Regulations may directly affect the innovation and growth of the market, but not everyone is feeling pessimistic about laws in the crypto-verse.

In an exclusive interview with DailyCoin, Dominik Schiener, co-founder of the IOTA Foundation, highlighted the importance of regulations and their positive effect on crypto development.

According to him, the crypto space is already entering its maturation phase. Some of the original disruptive players that helped crypto get big are under question and potentially out-regulated.

The IOTA Foundation aims to build a new digital economy by redefining how people and devices connect to share information and value around crypto technologies. By creating a standardized and open-source technology, the foundation highlights trust and transparency in managing the IoT.

IOTA changed the heavily traditional blockchain design and developed a new technological platform called Tangle. Tangle is a distributed ledger technology that is specifically designed to run in an IoT environment.

IOTA strives to become a standard in IoT, so Schiener highlights that regulations and recognition from governments is the key for them to scale and achieve adoption in the real world.

Schiener underlines that big companies feel enthusiastic about adopting crypto technologies, however, they raise the same questions about taxes, standards, transaction fees, and other legal concerns. Schiener truly believes that regulations will bring clarity to all participants and accelerate adoption.

IOTA is already working closely with authorities to create different tech solutions, such as the Gaia-X project in the EU, and working with governments in East Africa to generate paperless trade solutions.