ہوم Prices Is Bitcoin Suited to be a Form of Payment in The Netherlands?... 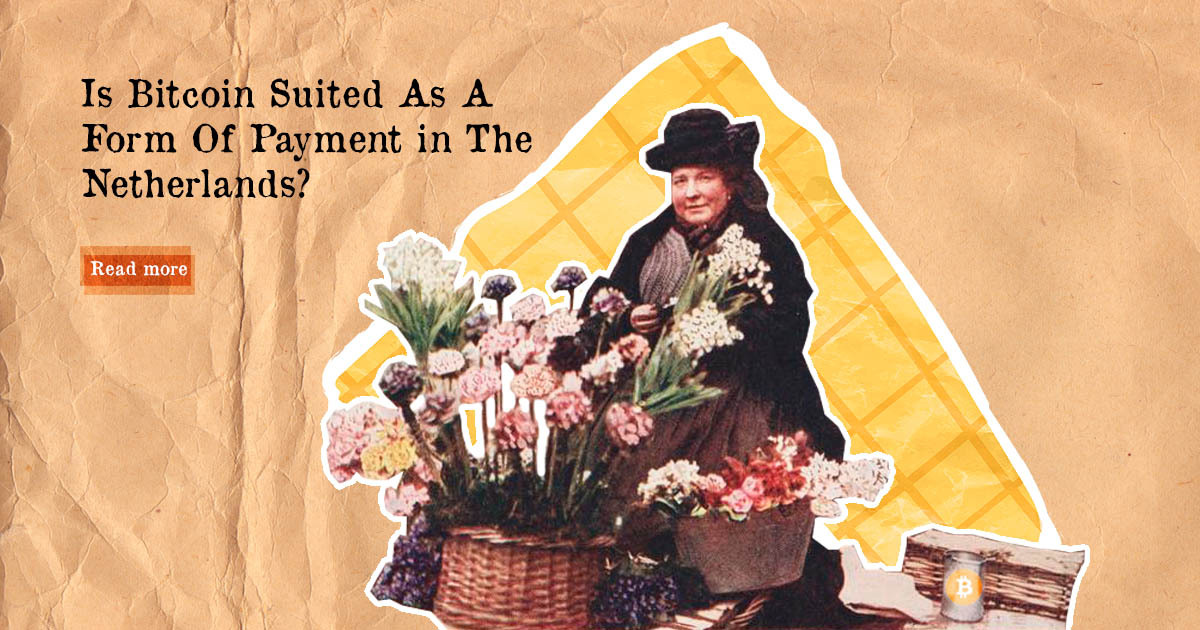 As the price of 1 BTC reached $1000, 2014 was the year the financial and tech industry saw Bitcoin as a possible contender to challenge the centralized economic systems. Research institutes such as MIT, and cities like The Hague and Arnhem, in the Netherlands, created social tests to encourage the use of Bitcoin as a form of currency. Whether it was a PR move, or a way to draw attention, Bitcoin had its chance to prove that it could function as a digital currency.

The Possibility of Bitcoin Payments In The Netherlands

In an interview with DailyCoin, Peter van der Meijde, co-founder of BitKassa, and Arnhem Bitcoin City, emphasized that merchants in 2021 are far more aware of Bitcoin as a form of payment than they were in 2014. While in 2014, news about Bitcoin appeared as a silk road and in its illegal usage; now, according to Wan der Meijde, some merchants already own Bitcoin.

Bitcoin’s high volatility is an atypical feature of financial products, especially currency.Bitcoin is often compared to Gold because of its use as a store of value and its scarcity properties. Nonetheless, Wan der Meijde mentioned that he started to use Bitcoin for his groceries in Arnhem, however most people still hold it, because the cryptocurrency is a store of value:

Still, the number of people using Bitcoin in the Netherlands is limited to “Bitcoin enthusiasts and technical people,” according to Van der Meijde. Therefore, Arnhem Bitcoin City is more of a showcase to illustrate that Bitcoin can indeed work and operate in society as a form of payment.

Van der Meijde notes that “it’s hard to compete” with the current card payment infrastructure in the Netherlands, highlighting that neither the Netherlands, nor any other country that includes people in their financial system, will embrace Bitcoin payments, instead, according to him:

What’s striking is that a Finder’s survey revealed Asian countries as being the highest crypto adopters in the world. Still, enterprise franchises such as Spar, and dutch food delivery platform Thuisbezorgd, otherwise known as “Just Eat” have adopted Bitcoin as a form of payment.

Despite a mass information exodus regarding Bitcoin, and merchants being open to Bitcoin payments, not a lot has changed in the Dutch society regarding spending Bitcoin. However, Van der Meijde believes that more companies accepting, or storing Bitcoin will “eventually lead to more P2P payment to be done in bitcoin.”

When asked whether if Bitcoin as a store of value would hurt cryptocurrencies and hinder them from performing currency functions, Peter noted:

While Bitcoin can be used as a form of payment, society, and those holding Bitcoin, need to be willing to transact it to increase P2P transaction volumes. While one challenge is the regulation of and uncertainty around crypto, a more significant challenge is our unwillingness to change our spending habits.