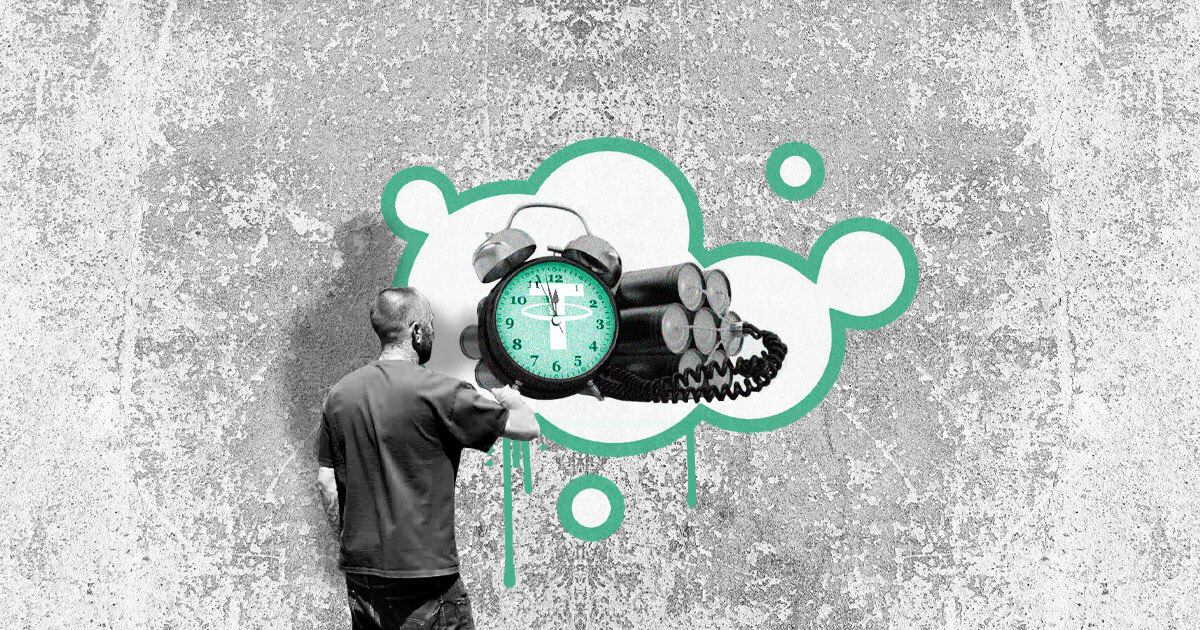 Tether reached a total value of $50 billion. However, if it is not really backed up, the coin can drop the entirety of the crypto market cap below 1 trillion immediately.

Tether, the issuer of USDT, has been criticized throughout its history due to its lack of transparency. That being the case, through a settlement with the New York Attorney General’s office, it was obliged to disclose how its stablecoin is backed in greater detail.

This investigation was conducted throughout the course of 22 months, where they looked at bank accounts and funding. In the end, Tether was actually fined $18.5 million for mixing funds with Bitfinex and the investigation was settled. The investigation managed to confirm that Tether had no access to banking, held no reserves, and wasn’t backed by the dollar while covering up massive losses.

There have been numerous assumptions throughout its history that it is a ticking time bomb, the most notable one being from the co-founder of Ethereum (ETH), Vitalik Buterin, who argued that like Ethereum, Bitcoin (BTC) had its own potential to explode, citing Tether as another example.

In any case, the report from Moore is a big step forward when it comes to Tether, which has been infamous and criticized for not holding any monetary value while continuously printing out Tether (USDT).

The rapid growth of the USDT has been credited due to its diversification across multiple blockchains. Throughout its history, it started out as being only an ERC-20 token, and when it shifted to the TRON network, it saw exponential growth. The TRON-backed USDT managed to surpass the supply of the native ERC-20 token due to the fact that it has lower transaction fees.

However, with all of this said, could Tether still be a ticking time bomb? If it is truly backed, for how long can Tether and Bitfinex pick up the pace? Only time will tell if Tether ends up being just another ticking time bomb, which once exploded could potentially reduce the value of the token to nothing.