ہوم Prices Is the Metaverse as Friendly as We Imagine It? — DailyCoin 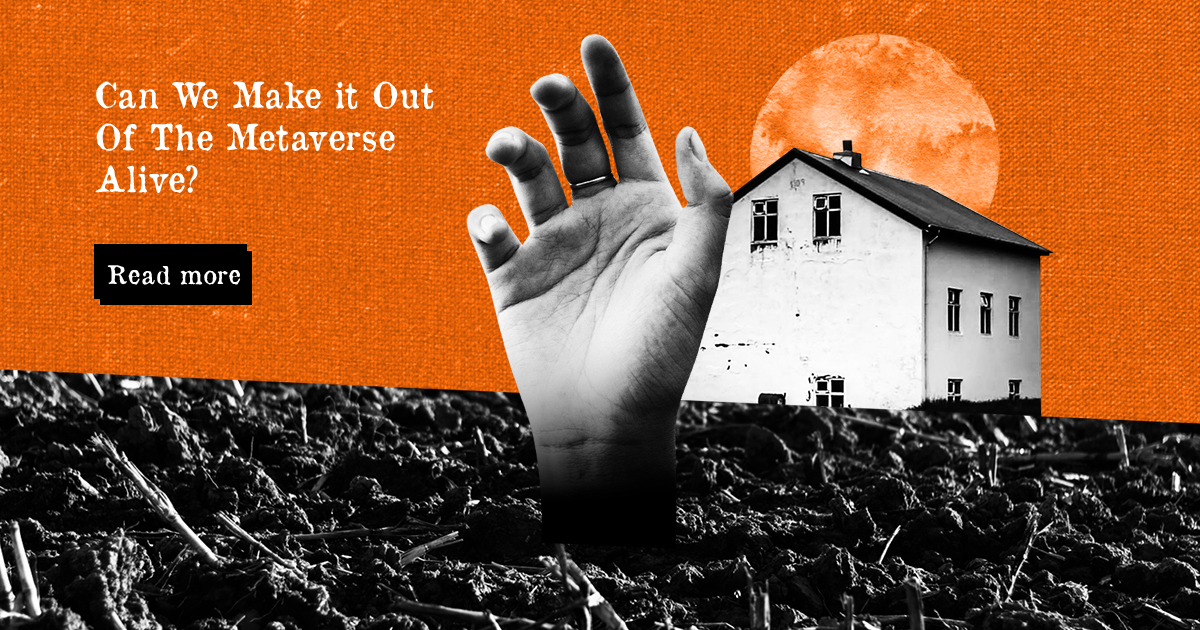 Did you attend this year’s “Metaverse Festival,” hosted by Decentraland? Chances are you didn’t because there isn’t much going on in the metaverse at the moment. Well, that’s not entirely true. To put things into perspective, Paris Hilton and Deadmau5 performed while the festival gathered sponsorships from Heineken or Playboy.

The metaverse is the ultimate digital ideal currently propagated by major tech companies. But, unfortunately, the blockchain industry is developing in tandem with the growing societal demand for a more interconnected digital culture while not abiding by the standards of the few: Silicon Valley tech gurus.

Stuck in the Marketing Cycle

A futuristic outlook of our digital life is just a distant reality. There is a plausible future upon which Silicon Valley’s titans will fight over for control—yes, Mark Zuckerberg, we know you want to be ahead of the pack. Yet, the extent to which the metaverse can replicate real-life is hearsay.

The metaverse has been widely marketed as the next step for the internet. However, when first introduced in “Snow Crash” by Neal Stephenson in 1992, the metaverse was make believe. Now, as idealists seek to implement it fully, our avatars and digital interactions turn a dystopian page, given previous issues still unresolved in the current Web 2.0.

Facebook proved their habit-forming mechanics were made to benefit their bottom line while disregarding users’ well-being. What’s more is that while the metaverse is marketed as utopic, the end result could be further than what we’re made to believe. Vice stated that the metaverse could become “a place that is addictive, violent, and an enabler of our worst impulses,” even more than what we’re currently dealing with.

Metaverse is acceptable as a side hustle, but Web 2.0 has proven to be a challenging factor; tech protagonists mildly understand that. However, we are not ready for the societal shifts and cultural anecdotes brought by the metaverse.

What’s being misunderstood from the entire Facebook metaverse narrative is that we might become dependent on a single entity to create our digital experiences. If tech giants craft our digital reality, then we will still be subject to the same biased ideas propagated by their agenda.

Monopolistic inputs will heavily weigh on the freedom people will have in the metaverse. Monish Darda argued that the metaverse would act as a digital enhancer, which could cause people to “lose touch of reality,” contrary to what we’re actually made to believe.

But how will blockchain be able to mitigate the “side effects” of the metaverse?

The Fictionalization of the Metaverse

Cryptocurrencies, to a certain extent, can mitigate implementation risks. However, Nigel Green, CEO of deVere Group, argued that crypto investors would become the “masters of the metaverse” as early adopters of new technologies. As the metaverse will completely alter how we live and interact, openness and network need to be accounted for to prevent unwanted industry shifts.

Interoperability is the secret to creating digital nirvana. Theo, author of “The Future Starts Now,” emphasized a metaverse is a single world that belongs to the multiverse. Thus, there is a common misconception that the metaverse is the ultimate gateway to our digital selves. However, Theo highlights that for multiple metaverses to become interconnected and not stand alone, which is the case for Roblox or Minecraft, there needs to be a set of standards to promote interoperability.

A multiverse is thus the new communication protocol, which billion-dollar companies aim to reach. ChainLink God 2.0 highlighted that a decentralized multiverse is “the only scalable and sustainable solution,” which can be attained as blockchain technology matures into a scalable and fast adapting framework.

The ideal metaverse is yet to be discovered. However, the best way of entering an error-free Web 3.0 era is to create an interoperable metaverse that does not project the same failed capitalistic ideals.