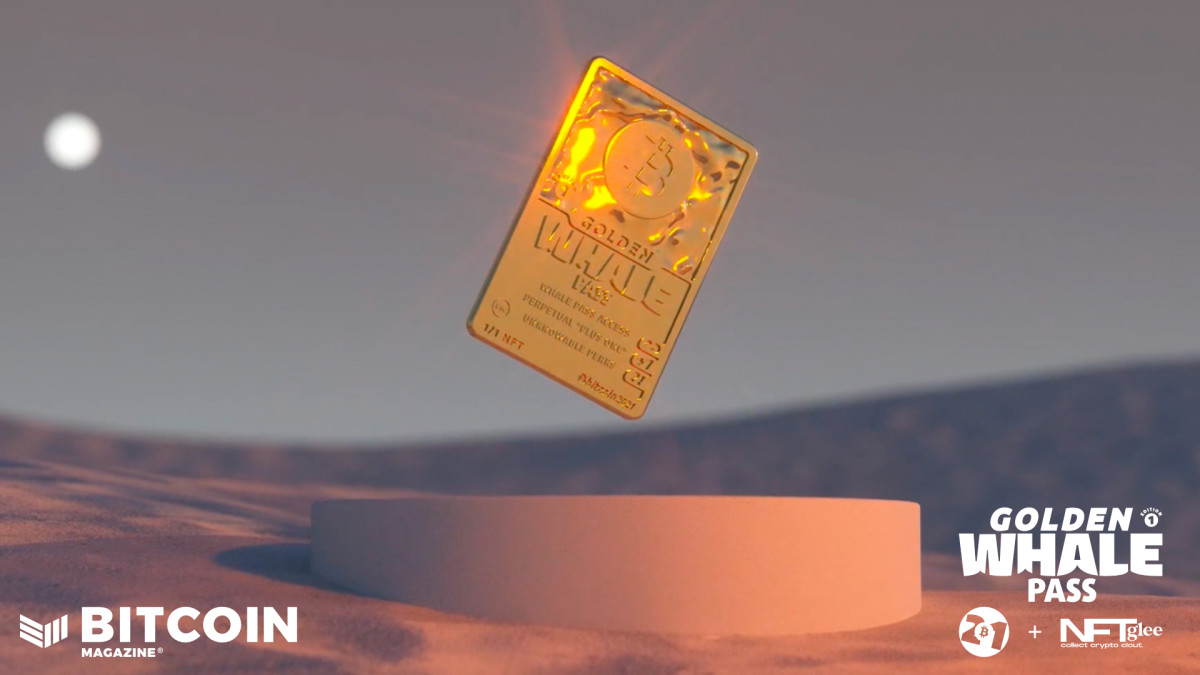 Justin Sun, founder of TRON and CEO of file sharing software BitTorrent, won the bidding for the first-ever Golden Whale Pass, an NFT (non-fungible token) built on the Liquid Bitcoin sidechain and minted by NFTglee. Sun purchased the Whale Pass for 12.6 BTC, making it the highest-priced Bitcoin-adjacent NFT ever sold.

Sun said the purchase represents a major milestone for Bitcoin.

“Bitcoin is one of the best ways of storing value,” Sun said, “but lots of people don’t know you can actually develop NFTs on the Bitcoin network.”

He believes that this sale will raise awareness for the potential to do so and will attract more developers to build their NFTs on Bitcoin layers, such as Liquid.

However, the purchase was not just a symbolic show of support for Bitcoin NFTs. Sun noted the real-life benefits attached to the Golden Whale Pass NFT. As the purchase includes a lifetime pass to attend all future Bitcoin conferences, Sun expressed his excitement about attending the event, which he called “the most influential and important gathering in the crypto community.”

“That’s why I feel this Golden Whale Pass is extremely precious to me,” Sun said, “Bitcoin is all about the community. We always need to find the time to sit down together to talk about the future of Bitcoin. I believe we need to get together every year to build and innovate Bitcoin and blockchain technology to bring our technology to mass adoption.”

While some Bitcoin maximalists would disagree, Sun believes that his work with TRON is intertwined with the development of Bitcoin as a global reserve currency.

“Eventually Bitcoin will take over the U.S. dollar to become the global reserve currency. At TRON, the first thing we want to achieve is to become the settlement layer for this new global financial system,” Sun said. “Today, TRON is the largest stablecoin settlement layer in the world. Every day, we settle more than $10 billion, and I believe we’re going to continue to grow.”

Additionally, Sun believes that BitTorrent plays an important role in the history of decentralized technology.

Bitcoin And Satoshi’s Seed: From Descartes To Quantum Play

Bitcoin Is The New New World