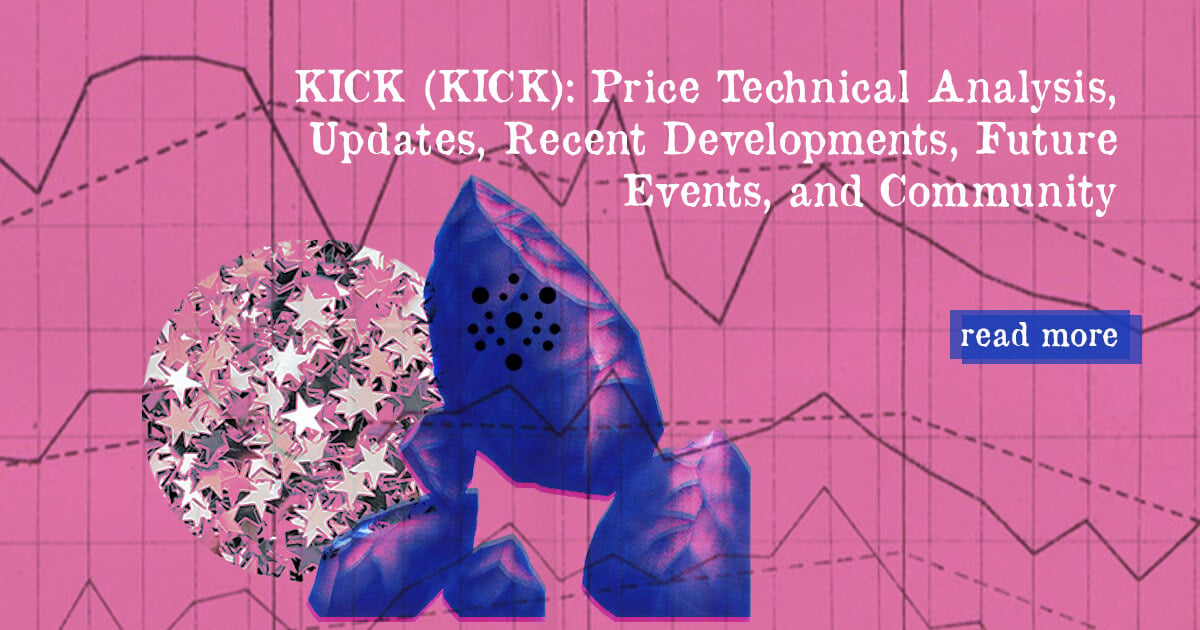 Alonzo remains one of the most significant developments of the Cardano Network, ushering the ecosystem into the Goguen era, which allows developers to run smart contracts and build decentralized applications.

Kick.io is one of the amazing projects that has taken up the initiative to build on the Cardano network. Kick offers a fundraising platform and a project accelerator where users can leverage DeFi innovations to provide transparent, efficient, and fully decentralized crowdfunding services.

The project is built around decentralization with the future in mind, offering full support for all Cardano native tokens and a suite of advanced DeFi tools for its Launchpad. So, how has Kick fared since it was officially launched on October 1?

Q4 of 2021 has been the perfect start to life for Kick. On October 1, the Kick.io Launchpad was officially launched, with no hitches recorded during the process.

The Kick.io Launchpad offers projects the opportunity to access funds via community fundraising. Kick has announced that before projects are listed on the Launchpad, they will undergo careful scrutiny.

Upon the successful launch of the Kick.io platform, ExMarkets listed the native tokens of the project under the ticker KICK. Now, users can buy, sell, and trade KICK with almost negligible fees on ExMarkets. However, as expectations for the Launchpad heightened, on September 24, KICK was also listed on CardanoCube.

The KICK tokens will grant holders access to participate in endorsing projects. However, when KICK holders approve a project on the Kick.io Launchpad, the tokens will be locked until the fundraising for the project is complete.
Along with the launch of Kick.io and the KICK tokens on October 1, the project also revealed that users can stake their tokens for rewards. KICK holders can choose from three different staking models;

When projects begin to launch on Kick, users will have a chance to browse projects that have been carefully hand-picked and uplisted on the Kick.io platform. In addition, KICK token holders will also gain rewards by endorsing projects.

Over the last 24 hours, $947,452 worth of KICK has been traded, which is impressive for a token new to the market.

Trading at $0.1787 puts KICK in a critical position, currently lying close to the resistance level at $0.1805. If KICK sustains enough bullish momentum to break above $0.1805, the token will be on course to retest highs of $0.1885 in the near term.

If KICK advances past the near-term high, KICK will be eyeing highs of $0.2085 in the mid-term. This represents a 6% and 15% price rise in the short and mid-term, respectively.

If KICK fails to sustain the bullish momentum to break above $0.1805, the token could retest $0.1715, which has been a critical support zone for KICK.

While Kick may have not been in the crypto space for up to a month, the project is already building up traction thanks to excellent community involvement and constant updates. Already, Kick has gathered over 7k followers on Twitter.

The DailyCoin team discovered that community members are bullish about the future of Kick. A Twitter user, @dust_knuckle, is already cheering Kick on. He wrote;

Following the successful launch of the Kick Launchpad, community members are already preparing to support projects on Kick. A Twitter user, @DefiSminem, in replying to a call for support, wrote;

Kick is working to become the go-to platform where Cardano’s extensive community can fund high-growth projects. Knowing the project’s full potential, the Kick development team has integrated support for projects launched on the Cardano blockchain and offers full support for Cardano native tokens.