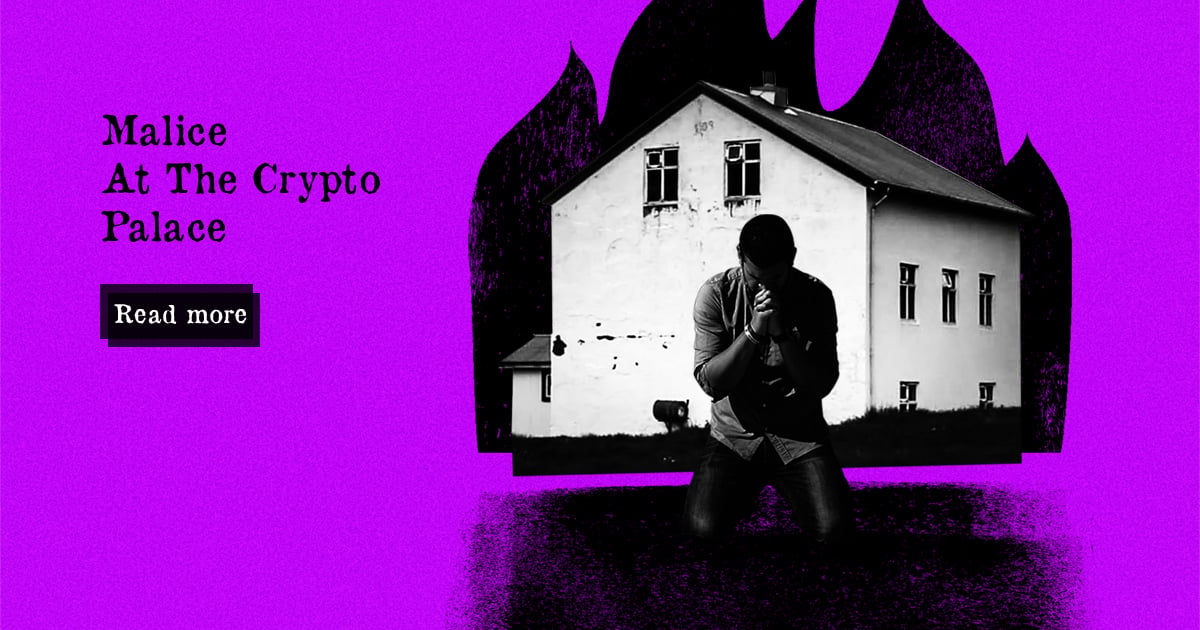 On Tuesday, September 7th we witnessed a breathtaking valuation swing of at least 20% across all of crypto within a matter of hours. It was followed by a low-double digit price rebound.

The volatility has stabilized but not before the equivalent of billions in U.S. dollars were lost.

Within the cryptocurrency space, there are two dominant investment systems. The first can be characterized by speculative traders who use leverage – or borrowed money from an exchange account – to try and predict the short-term moves of specific coins or tokens.

These traders don’t necessarily care about the underlying use case of the coin or token, just the pending price movement. That’s because speculators can make money if the price goes up or down, as long as they’re on the right side of that bet. These investors tend to look for short-term gains.

The other dominant investment system is practiced by long-term holders of coins and tokens  who steadily add to their respective bags by dollar-cost-averaging to ensure optimal entry points over time.

Hodlers also tend to “buy the dip” during downcycles to increase the long-term value of their holdings. They usually take modest profits at predetermined price milestones when bull markets go up. They then tend to park those profits in ultra-cheap altcoins or staked stablecoins during bear cycles. These investors tend to look for long-term value and asset accumulation.

If you look at the data, the vast majority of the billions lost in the “Tuesday Trauma” primarily hit the speculators using leverage.

It’s worth noting that when trading on margin or leverage, the speculator stakes a minimum deposit of their own funds onto an exchange. Depending on the rules of the exchange, the trader can borrow 10x, 20x, 50x or even 100x their initial stake.

Theoretically, the trader can “leverage” a $1,000 stake into a $100,000 bet. In simple terms the trader places that amount on a price target that’s either higher or lower than the current price per coin or token.

This ByBit bar chart from the crash bears that out. The massively tall green bar on the far right shows that thousands of traders were betting “long or green” that the price of cryptos would go higher. That didn’t happen and they got rekt – HARD!

That just proves how risky leverage trading can be. The quick pricing rebound makes sense since this flash crash was an unwinding of overleveraged bets and wasn’t related to the underlying fundamentals of the crypto space – which have never been stronger.

Ironically, this massive single-day swing seems to have been a positive reboot of the Fear and Greed Index, which was climbing higher toward an “extreme greed” index score of 79 yesterday but is now hovering in neutral – not fearful – territory.

Another positive, according to crypto influencer and expert analyst Willie Woo, is that buying on the price dip was very strong as can be seen in this heatmap graphic, which Woo sent to subscribers of his weekly crypto forecast newsletter. The gold arrow shows blue buyers.

Woo summed up his newsletter with a prediction that he expects a “V-shape” recovery before the end of September and his outlook remains positive.

If you are a hodler, this flash crash appears to be more of an opportunity than a crisis. We can get discounts as we buy in at lower points, and have only experienced a “paper loss” as long as we continue to hold.