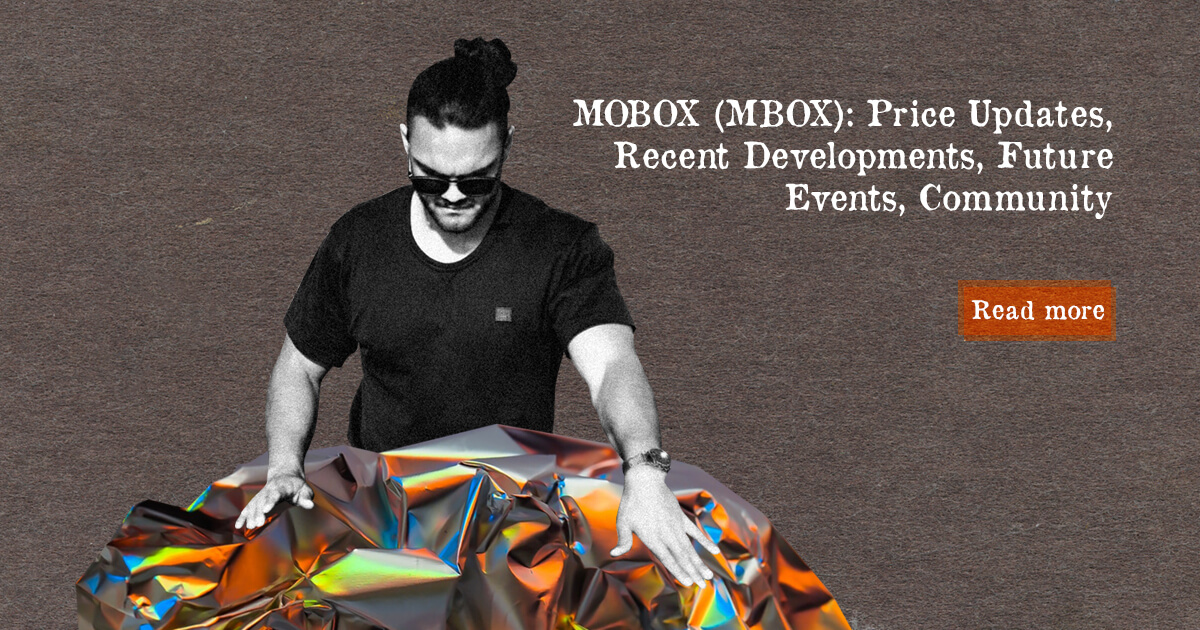 The competition for market share among blockchain gaming solutions is growing. As a result, multiple platforms are springing up, giving members huge incentives for participating on the network. Mobox describes itself as a GameFi platform that is a hybrid of blockchain gaming and DeFi.

Launched this year through the Binance launch pool, Mobox has several games released on its platform. Though it describes itself as free to play, users still have to use keys to unlock chests and NFTs. Mobox is preferable for users because the cost is not as high as other platforms. Its native token has several utilities across the platform and its NFT marketplace is also booming.

MBOX is the native token for the platform, which has many utilities. In governance, holders of the token will be able to submit and vote on proposals that will shape the direction of the platform.

The token is also used to pay for services on the platform, such as the upgrade of game characters, lottery wheels, and it is earned when players compete against each other.

Mobox has been in the news as a result of its price surge since its launch. Mobox featured on the Binance Launchpool in August and has had a price surge of over 400% in the last two weeks.

Binance Launchpool helps new projects hit the ground running. Although the price of Mobox has declined in the past five days to trade at $7.41, the utility of the native token is expected to raise prices back up.

Mobox is a platform where users can earn, create, find, and mine NFts traded on the markets, leading to more rewards. Mobox is currently ranked #234 with a market capitalization of  $363,191,192.

Binance announced Mobox as the 22nd project on the Binance Launchpool on the 19th of August. The move with Binance was hugely important as it has helped Mobox to kick off properly.

The community around Mobox has also increased because of the Launchpool, with people more exposed to the games on the project. Twitter user @yannyonn94 was full of excitement while replying to Binance’s announcement about Mobox,

In addition, Binance users will be able to stake their BNB coins and MBOX to farm more MBOX for 30 days. As a result, Mobox gained 170% more users after the announcement by Binance.

Mobox has announced a farming adjustment as a result of the recent developments on the platform. When Total Value Locked (TVL) is more significant than 300 million USDT, only 300,000 MBOX tokens can be farmed per hour without increase.

In the future, Mobox plans to roll out its new game, The MOMO Block Brawler, which will be an RPG battle game.

MOBOX is a GameFi project and it banks on support from its users to grow. Both users and developers on the platform work in synergy to release perfect games for the platform.

For example, a Twitter user, @JeStizz, commented about the difficulty of the game, stating;

I used to play it, i don't play it anymore. Too complicated to rank, the rich always winners. When you see the ranking it is already finished and moreover the can buy more fights with #MBOX … shame

Another gamer, @Crypto_P86, well aware of how MBOX works, replied;

Hello! Just wanted to point out that those high rank players have to spend a lot of Mbox to reach leaderboards. Mbox used in games is burned and contribute to a healthy tokenomics with a well controled circulating syupply. There are many other ways to earn Mbox also. Cheers!

Users also earn staking rewards as they can mine rare NFTs and get more MBOX tokens. In addition, Mobox has a growing social media presence.

Mobox was the 22nd project to launch on the Binance Launchpool. This move, which led to a 400% price surge, also increased the number of users by 170%. As a decentralized blockchain-based game, many people seek to earn NFTs from the platform, leading to increased mass adoption. More games and events have also been announced for the future, eventually leading to a price surge.