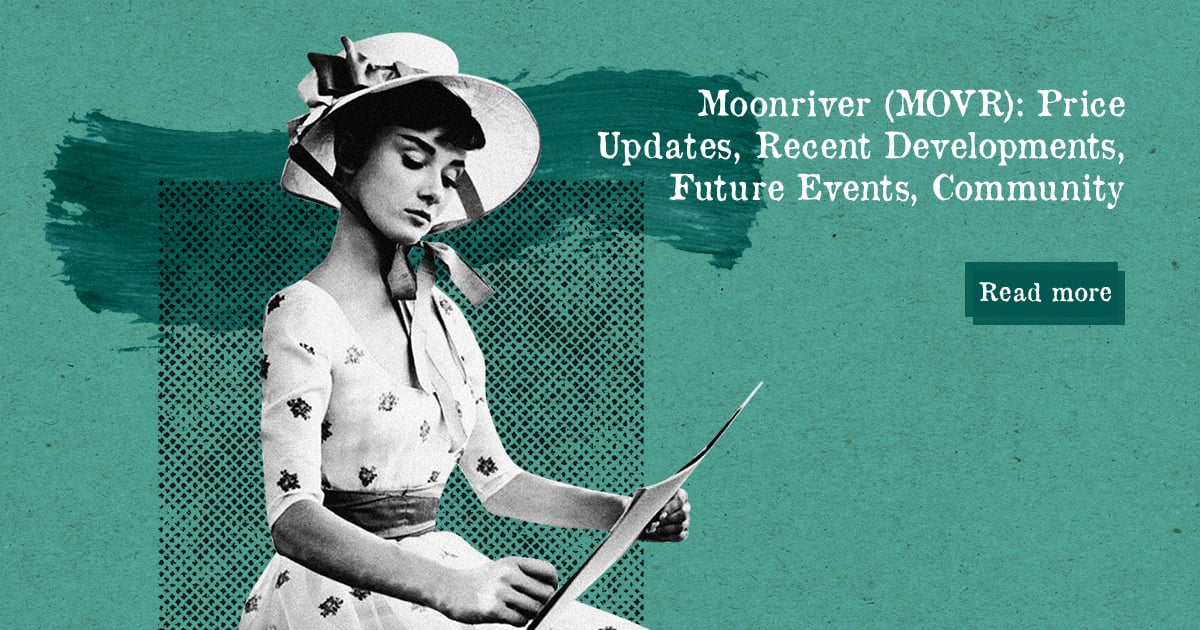 Moonriver was built as a companion network to Moonbeam (on Polkadot) and provides a permanently incentivized canary network. New codes are first tested on Moonriver, where they are verified under actual economic conditions. Then, codes that pass the Moonriver test are shipped to Moonbeam.

Because Moonriver is a fully Ethereum-compatible smart contract parachain, many projects have taken the initiative to build on the Moonriver network. So, how has the performance of Moonriver been recently?

The Moonriver network is now live on Kusama after completing the final phase of its launch sequence. Following the launch, users and token holders were given access to Moonriver’s full functionality, including token transfers, nominating collators, receiving staking rewards, and voting on referenda.

In addition, at its launch, Moonriver became the first EVM-compatible parachain on the Kusama Network, and the only blockchain project that delivers a seamless experience through unmatched Ethereum compatibility.

The Dailycoin team found both the Moonriver team and community to be ecstatic about the announcement. One user, @Vibin84894927, wrote;

Two weeks after the launch sequence on Kusama was completed, Alan Sapède, a core developer at Purestakeco who also works on Moonbeam Network, announced on Twitter;

#MoonRiver reached 5000+ transactions in the pool. It's been crazy to see such activity on Moonriver, and a challenge to increase our tx/block limit to let them in

C.R.E.A.M. Finance, a decentralized lending protocol, will be integrating with the Moonbeam network. Being the companion network of Moonbeam, the lending and borrowing suite of C.R.E.A.M. Finance will start with Moonriver.

On September 14th, 2021, Yuser Inc. announced its integration with Moonbeam. The early stage of the partnership will see Yuser launch the world’s first NFT social app & token on the Moonriver network.

The integration with Yuser will also allow the deployment of their Gem Diamond token on the Kusama Network. In addition, users will also be able to exchange their Yuser Gemstones into Gem Diamonds and provide liquidity for current Gemstone holders.

Yuser Inc. has announced that it will be fully working with Moonriver in the upcoming weeks to deploy the Yuser App on the network. According to the announcement, they are in the late stages of planning and development.

While no actual date was given, the soft launch of the Yuser NFT Marketplace on Moonriver was predicted to take place during the second and third weeks of September 2021. Following this, NextGems, the first-ever generative avatar project, will be launched on Moonriver.

The run of announcements in the last month has boosted the performance of Moonriver (MOVR) in the market. In the previous 30 days, MOVR has jumped by more than 465%.

MOVR is trading at $381.6662, as of the time of writing, with 1.5 million tokens in circulation, Moonriver currently has a market cap of $570.2 million, which makes it the 223rd largest crypto by market cap.

Moonriver is referred to as a community-led project. Moonriver launched in mid-2021 but has gathered respectable members thanks to its innovation and hardworking team.

On Twitter, Moonriver has over 27K followers. And the Dailycoin team discovered that most of the Moonriver community members are firm believers in the project and are especially bullish regarding the project’s future.

@MoonriverNW Great work by the team. And we're still so early!

Another user, @mattunchi believes that;

If you are a project planing to launch on Ethereum you should consider co-launching on @MoonriverNW for better performance.

Moonriver is an emerging project that has shown promising prospects just weeks after going live. Due to its Ethereum-like design and developer-friendly approach, Moonriver has attracted dozens of projects to build on it, and may continue to attract more now that it has fully launched on the Kusama network.