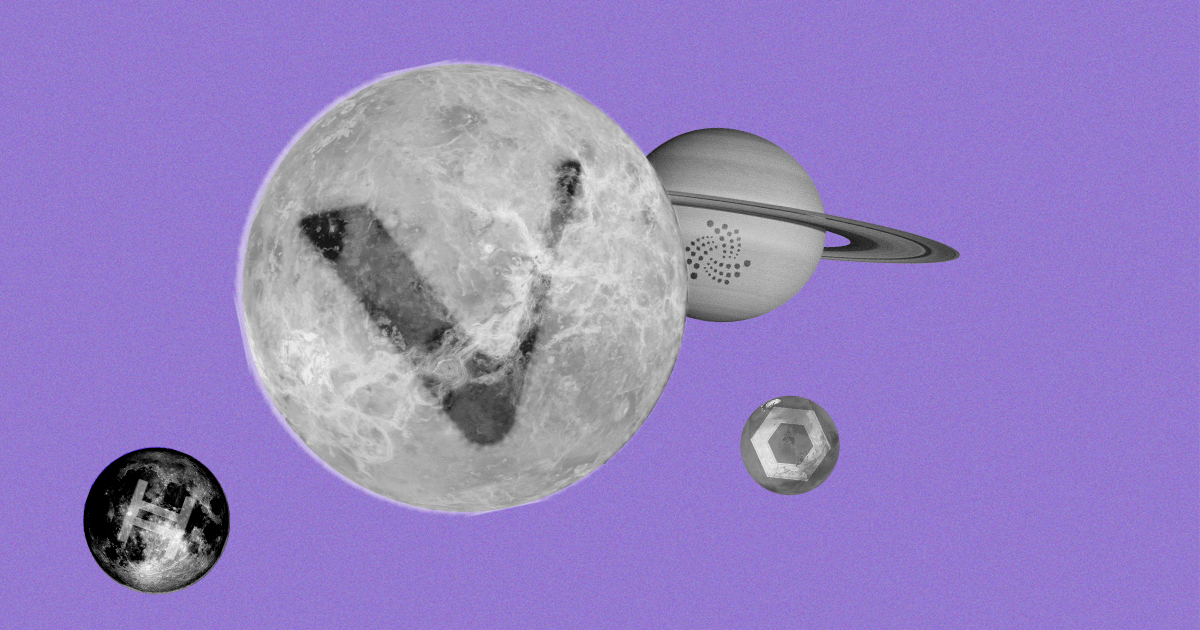 Although blockchains have been around for over 10 years, there is a consensus that the industry is still in its infancy, and there is still a lot to be improved upon. After Bitcoin launched in 2009, Ethereum was developed to remedy the lapses of the Bitcoin network, particularly the scalability issues associated with it.

Recently, there have been giant strides in blockchain to make them scalable, interoperable, and fast, providing wider latitude to build projects with a wide range of applications. Chainlink, VeChain, IOTA, and Hedera Hashgraph are among the assets championing new and better infrastructure.

Chainlink was founded in 2014 with the objective of creating a better blockchain for developers. Central to Chainlink’s plan is the resolution of the problem of communication on and off the blockchain. It aims to achieve this through the use of Oracles, and in fact, Chainlink is credited as the first blockchain oracle network in the world.

By implementing this technology, users can ensure that the data received is accurate and not corrupted. Furthermore, nodes work seamlessly, and in the event of a failure, a replacement is sourced automatically. Through this groundbreaking technology, decentralized exchanges (DEX) can find the prices of cryptocurrencies without the offering of an order book.

IOTA is striving to build an infrastructure that will be the go-to platform for the execution of transactions between Internet of Things devices. The absence of miners and fees makes IOTA an attractive alternative to users seeking to experience great speeds and cost-effective transactions.

IOTA can be deployed in a series of uses, such as protecting the integrity and verifiability of data and in ensuring the sustainability of global trade and supply chains.

At the moment, IOTA trades at $1.05 and is the 37th largest cryptocurrency with a market capitalization of $3 billion. Trading volume is at 174 million in the last 24 hours, and the coin has a market share dominance of 0.19%.

VeChain seeks to help users experience better supply chain management and seamless business processes. It achieves this lofty feat through the use of distributed ledger technology (DLT). Founded in 2015 by Sunny Lu, VeChain has wide applicability in several sectors as it provides users with an all-around view of all the data associated with a particular product.

This will allow for the making of well-informed decisions and allow enterprises to keep track of the quality, originality, and all other necessary information.

At the moment, VeChain is trading at $0.11 and is the 20th largest cryptocurrency with a market capitalization of $6.5 billion. In recognition of its application, VeChain’s value rose to exceed its previous highs to set a new record at $0.2782.

Hedera Hashgraph is a network that seeks to revolutionize the way DApps are built. Founded by Dr. Leemon Baird and Mance Harmon, Hedera Hashgraph assists enterprises in the building of powerful decentralized applications.

In addition to this, Hedera’s extremely decentralized platform has earned it the moniker of being the trust layer of the internet, and through the utilization of the proof-of-stake and low fees, Hedera is championing the future of blockchains. Hedera currently trades at $0.24 and has the capabilities of carrying out 10,000 transactions per second, and has an average fee of $0.0001.