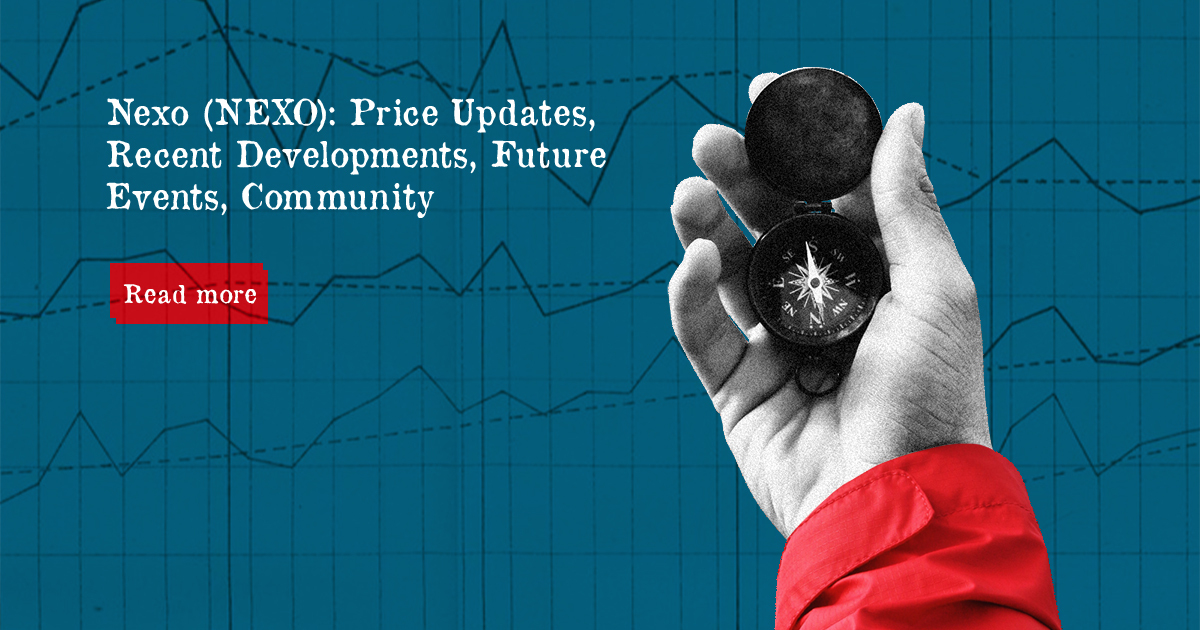 Cryptocurrency lending and savings platform Nexo has stood out for offering some unique services. From offering very high interest on yields and savings, Nexo allows users to get paid out daily.

Nexo currently manages assets for over 2.5 million users across 200 jurisdictions. It touts itself as the world’s leading regulated digital assets institution with over $15 billion in assets under management. So, how has this mammoth lending platform performed recently?

While Bitcoin stole the spotlight after breaking above $66k, Nexo (NEXO) tops the performance charts for cryptocurrencies. Over the last 30 days, NEXO has gained as much as 100%.

Nexo has been expanding its lending and savings platform by adding support for more crypto. To support the upcoming parachain launch, Nexo launched support for Polkadot (DOT), offering up to a 17% yield. Nexo began integrating Polkadot into its system as early as June.

The Polkа-promo, as dubbed by Nexo, is an instant high-yield alternative to liquidity staking. Users get up to 17% APR on DOT for holding Polkadot in their Nexo account. In addition, users get paid out daily.

Earlier in October, Nexo added support for Solana (SOL), allowing its users to buy, swap, borrow against, and earn up to 8% interest on their SOL coins. In addition, users can now top up and withdraw their $ADA, $DOT, and $DOGE held on Nexo.

Nexo was featured at the October edition of Money 20/20 USA, the world’s largest fintech show held in Las Vegas. From October 24 to 27, thousands of industry leaders, developers, and enthusiasts gathered for networking and content sharing.

Supporting the entrance of females in the growing fintech industry, the Head of Corporate Finance at Nexo, Tatiana Metodieva, joined the Money 20/20’s RiseUp initiative, ​​a program that fosters gender inclusivity within the fintech industry.

Nexo has also expanded the services offered by its Mobile Wallet App. The updated Nexo Wallet App allows users to track real-time price changes of all supported assets inside the Nexo app.

In addition, users can read up-to-date news on all the crypto they hold in their portfolio without leaving the app. A new personalization feature also allows app users to arrange their dashboards with new filters to see their favorite coins first and hide other assets.

One of the biggest events on the Nexo network is the development of its Prime Brokerage. While the Prime Brokerage suite may still be undergoing beta testing, users were given an exclusive opportunity to test drive it at the Money 20/20 USA.

The Nexo Prime brokerage suite will provide investors with a full suite of services for trading, borrowing, lending, and securely storing digital currencies. In July, Nexo announced that the suite would have Chainlink-powered audits to give its operations more transparency.

Nexo has teased the addition of a new crypto to its flagship Earn Crypto Interest suite. While there is no news on when the crypto will be listed or what the token would be, the Nexo community is hopeful that Songbirds (SGB) is the token being teased. @XrpMonk wrote:

Nexo offers some of the best yield APRs among lending platforms. Members of the Nexo community are very vocal about the strengths of the project. Sharing his experience with Nexo, one of its users, Raju Chavda, wrote on Twitter:

In addition, Nexo has built an involved community where members can share their thoughts about possible listings on the network. Among its recent listings, Nexo took a poll to find out which coin listing most pleased its users. The results were:

Nexo is a unique lending platform, being the first-ever provider of instant cryptocurrency-backed loans, and it intends to solve inefficiencies in the lending market. With the launch of its Nexo Prime brokerage suite, Nexo hopes to compete with the best in the industry.